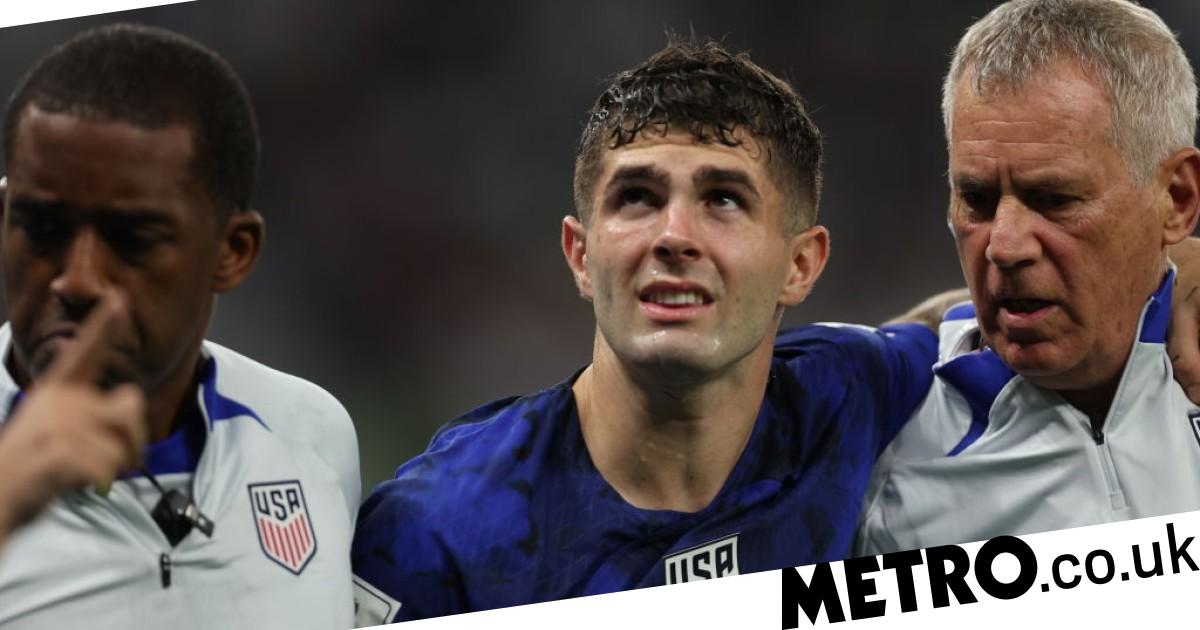 Christian Pulisic has been taken to hospital for tests after suffering an abdominal injury after scoring USA’s winning goal against Iran.

Pulisic was replaced at half-time after scoring the winning goal for his side against Iran in their Group B finale which saw the US book their place in the last 16 of the World Cup.

The Chelsea star latched onto Sergino Dest’s cross to head home from close range just before half-time but collided with Iran goalkeeper Alireza Beiranvand in the process.

The 24-year-old lay stricken while his teammates celebrated and left the pitch to receive treatment. While he returned to see out for the end of the first-half, he was replaced by Brenden Aaronson at half-time.

The Athletic report Pulisic was taken to hospital for tests after being replaced. USA now face a nervous wait with their last 16 tie against Netherlands now looming large on Saturday.

USA will also have concerns over forward Josh Sargent who appeared to jar his knee after his right foot slipped off the ball while running at full pace.

The Norwich City star was replaced by Haji Wright with 15 minutes left on the clock.

Pulisic’s goal was enough to seal USA’s place in the knockout stages of the World Cup, qualifying as group runners up behind England.

Teammates Timothy Weah and Weston McKennie paid tribute to the Chelsea star for putting his body on the line to help his country progress.

‘We worked so hard as a group to be in this position,’ Lille forward Weah said.

‘Thanks to Christian. We love him and we thank him. It’s a great feeling.’

Juventus midfielder McKennie added: ‘Obviously we’re very thankful (Pulisic) threw his body there. But we have 25 guys other than Christian who would do the same thing.

‘Everybody is ready to give everything. It’s unfortunate he had to come out but the fact he’s throwing his body on the line tells you how close this team is.’