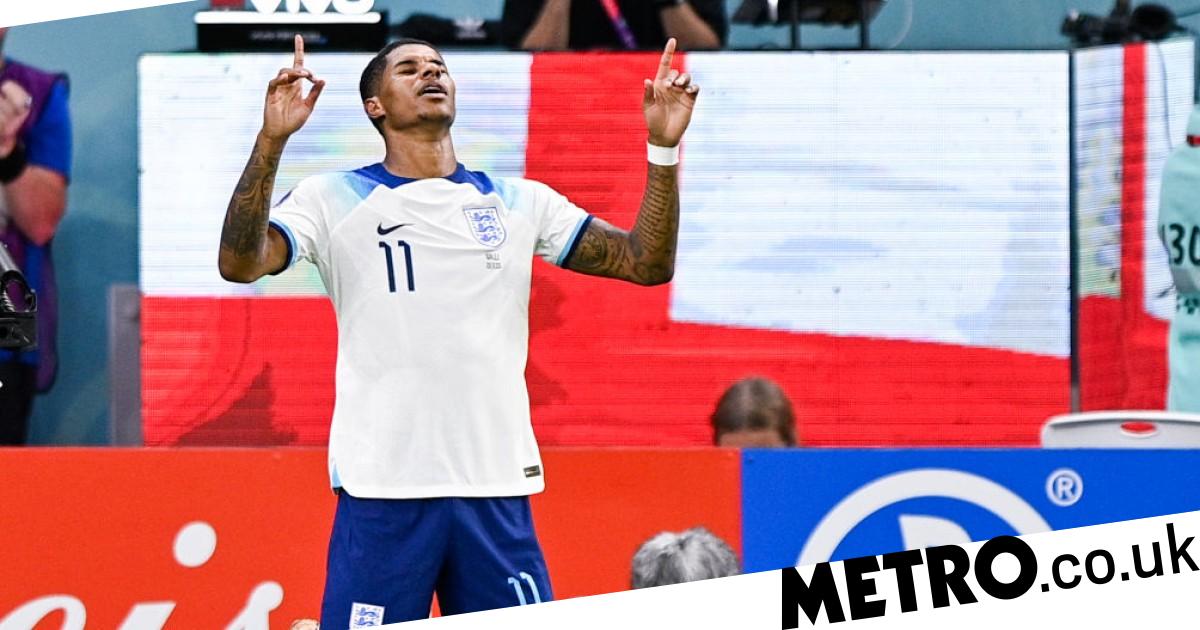 Marcus Rashford fell to his knees and pointed to the sky after scoring the opener for England against Wales on Tuesday night, dedicating the goal to a friend who tragically died in recent days.

The Manchester United forward was in fine form in the final game of Group B, scoring a beautifully struck free-kick and then a memorable individual goal in the 3-0 win in Qatar.

While both produced joyous celebrations, the first also saw Rashford showing another emotion as he spent a few moments by himself, away from his teammates.

After the match he revealed that it is for a tragic reason, although he was happy that he scored and was able to make the dedication to his departed friend.

‘Unfortunately I lost one of my friends a couple of days ago,’ Rashford said after the game. ‘He’s had quite a long battle with cancer so I’m pleased I managed to score for him.

‘He’s always been a big supporter of mine, he was just a great person.’

After the frustrations of the goalless draw with USA on Friday, Rashford was thrilled to be part of victory again, although he also thinks there is plenty more to come from the England team.

‘It’s obviously a great feeling,’ he told the BBC. ‘We were disappointed as a team after the last game, we could have played a lot better. The only way to bounce back is to play better in your next game.

‘Moments like this, this is what I play football for. I am really happy today to be going into the next round of the tournament, because I have massive ambition for this team and I think we can go a lot further.’

MORE : England roaring again and will not fear anyone as Gareth Southgate gets World Cup calls right