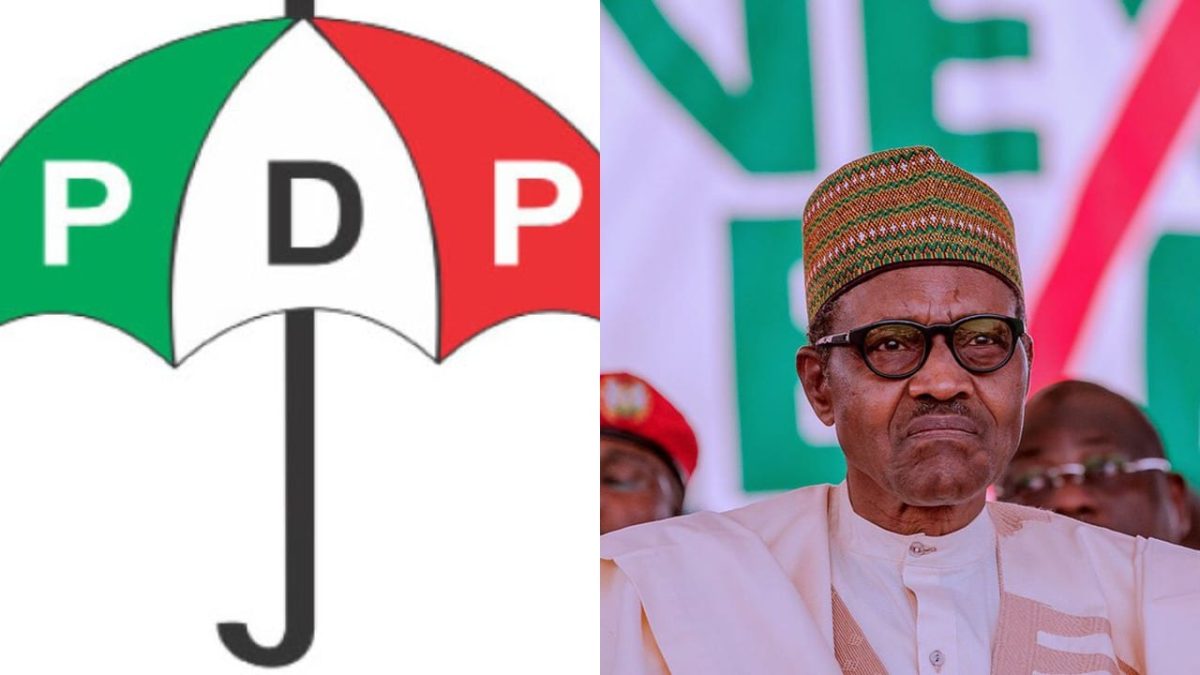 The Peoples Democratic Party (PDP) has called on President Muhammadu Buhari to call Zamfara State governor, Bello Matawalle to order over his alleged role in the ongoing clampdown on its leaders.

Addressing a press conference, PDP National Publicity Secretary, Hon. Debo Ologunagba, on Friday, said the All Progressives Congress (APC) is disoriented by the increasing popularity of the PDP and its candidates ahead of the 2023 general elections.

According to Ologunagba, APC has allegedly scaled up vicious assault and clampdown on PDP candidates and other patriotic Nigerians in an attempt to silence their leaders. He claimed the clamp down is calculated to halt the overwhelming daily acceptance of PDP’s message of hope to Nigerians.

He continued: “As we address you today, the Governor Bello Matawalle-led APC administration in Zamfara State has reportedly set up a killer squad in connivance with some elements in the police which has commenced a brutal crackdown, arrest and detention of notable PDP leaders in Zamfara State based on unfounded allegations as part of APC’s plot to harass our leaders and other dissenting voices in the state.”

He said: “The PDP has information of how the PDP senatorial candidate and Director-General of the PDP Governorship Campaign Council in Zamfara State, Ikra Aliyu Bilbis, Captain Bala Mai Riga and other notable members of the PDP were hounded, arrested and illegally held in dehumanizing detention facilities by the police reportedly on the orders of Governor Matawalle.

“Our party has also been made aware of plots by the Gov. Matawalle-led APC administration to arrest and detain the PDP governorship candidate in Zamfara State, Dr Dauda Lawal.”

Ologunagba said the security operatives attached to the PDP candidate have been withdrawn reportedly on the orders of Governor Matawalle.

He said this action by the APC is a deliberate design to expose the PDP candidate to harm and undermine his ability to campaign and engage the good people of Zamfara State on his security and economic agenda for the state.

Ologunagba stated: “Also marked for arrest and detention are Zamfara State PDP Acting Chairman, Mukhtar Lugga, serving members of the National Assembly, Hon. Suleman Gummi, Hon. Shehu Fulbe and other leaders such as Col. Bala Mande, Salisu Maibuhu Gummi and Ahmed Garban Yandi in a heinous plot to put them out of circulation ahead of the 2023 general elections.

“The scheme of the APC is to torture, brutalize and keep these PDP leaders in detention so as to pave way for the APC militia to terrorize the people and scare them away from participating in the electoral process, having realized that the APC has been rejected in Zamfara State.

“The PDP condemns in the strongest term, the action of the Gov. Matawalle-led APC administration which has become a clear and present danger to national security as well as a huge threat to our democratic process and corporate existence as a nation.

PDP demanded the immediate and unconditional release of Ikra Aliyu Bilbis, Captain Bala Mai Riga and other members of the PDP who were allegedly arrested and detained on the orders of Governor Matawalle.

He said further: “The PDP also charges the Inspector General of Police to immediately restore the withdrawn security details attached to the PDP governorship candidate in Zamfara State and take urgent steps to ensure the provision of adequate security for PDP members in the state in line with the constitutional duty of the police to the Nigerian people.

“Our Party demands that the Inspector General of Police commence the immediate investigation of the reported partisanship of certain top police personnel in Zamfara State which facilitated the vicious clampdown, illegal arrest and detention of PDP members in the State.

“We call on President Muhammadu Buhari to immediately call Governor Matawalle to order, rein-in his APC members and counsel them to accept the fact that the people of Zamfara State and Nigerians, in general, have the right to decide their political preference which they have amply expressed in their massive support for the PDP ahead of the 2023 general elections.”