Home National US Based Nurse Calls The Police on Husband For Bringing His Mother...
Facebook
Twitter
WhatsApp
Telegram
Email 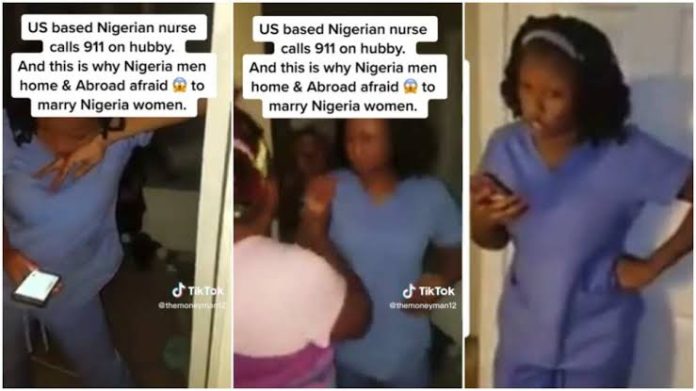 A video has captured the moment a US-based Nigerian nurse called the cops on her husband for bringing his mother from Nigeria into their home.

In the video, the Nigerian woman refused to allow her mother-in-law into her room.

While blocking the door, she called the police on her husband and made a false accusation about him and his mother jointly beating her up.

The husband, however, had his phone recording the situation to avoid landing behind bars based on her words against his.

She further confronted the mother-in-law on how she spoke ill to her birth mother through someone they know in common.

Watch The Video Below;