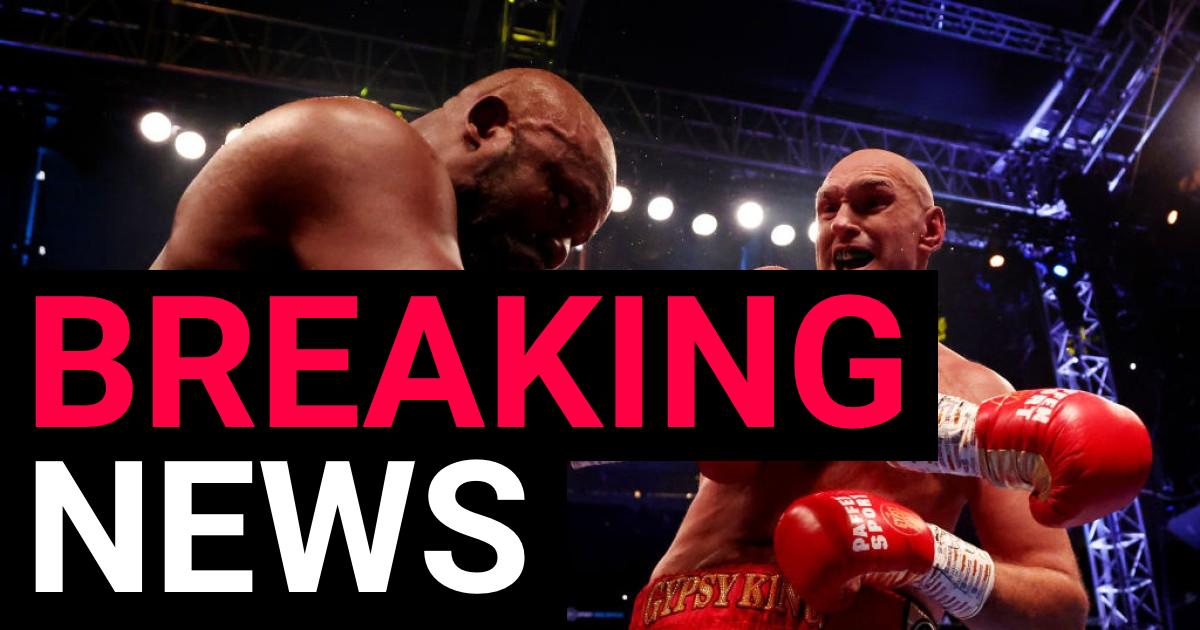 Tyson Fury secured a dominant victory over Derek Chisora to defend his WBC heavyweight title at the Tottenham Hotspur Stadium.

In a third meeting between the two, ‘The Gypsy King’ outclassed his old rival with a victory that will now surely set up a undisputed showdown with WBO, WBA and IBF champion Oleksandr Usyk next year.

A one-sided beatdown was thankfully waved off by the referee in the 10th round.

Fury secured a unanimous decision win over Chisora in their first meeting in 2011, dominating the Londoner again three years later with the rematch also stopped in the 10th round.

With Fury reaching new levels since those meetings, rising to the summit of the division and adding concussive power to his repertoire in the process, few gave Chisora much of a chance, having lost seven of his 20 fights since their last meeting.

In his 46th professional fight, Chisora had no real answer to the undefeated champion.

Fulfilling his brave promise to take on Fury in the centre of the ring, Chisora went looking to land huge shots from the opening bell but was picked off by Fury with ease.

By the third round, Chisora was taking clean uppercuts as Fury dominated the contest, punishing his opponent with the gulf in quality worryingly clear.

Taking a more patient approach in the fourth, Fury kept Chisora at bay with a stinging jab, diving in to land at will in the one-sided beatdown.

Chisora’s eye was almost completely closed by the end of the seventh round as a result of sustained short left hooks administered by Fury.

While there was no need for the fight to continue, a bloodied and battered Chisora emerged for the ninth but the fight was thankfully waved off in the 10th by the referee Victor Loughlin.

Focus will now shift to Usyk, who was watching on from ringside in north London. The undefeated Ukrainian took three of the heavyweight division’s four major titles from Anthony Joshua with a masterful performance at the same stadium in September, 2021, defending the belts in a rematch in Saudi Arabia in August.

With negotiations between the camps already well underway, the two are now set to meet before the spring in a bout to crown the first undisputed heavyweight champion since Lennox Lewis.

On the undercard, WBA ‘regular’ champion Daniel Dubois recovered from three shock knockdowns in the first round to beat Kevin Lerena.

The Londoner appeared to suffer a knee injury in the exchange that saw him floored early on, going into survival mode before producing a devastating stoppage win in the third round.


MORE : ‘Get in the firing line!’ – David Haye warns Tyson Fury and Derek Chisora must ‘deliver entertainment’ in trilogy fight


MORE : Tommy Fury responds to Jake Paul’s offer to fight in London or Manchester in February