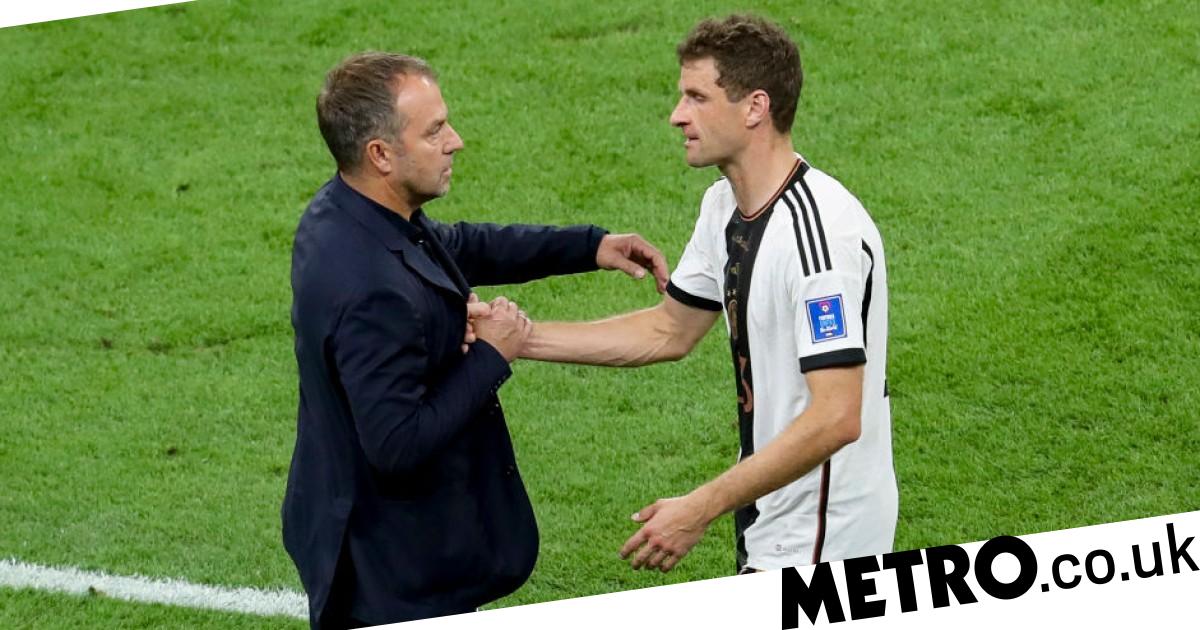 Neither Hansi Flick nor Thomas Muller would commit on what is next for them with Germany after the country’s shock elimination at the group stage of the Qatar World Cup.

Germany beat Costa Rica 4-2 on Thursday night, but due to Japan beating Spain 2-1, it was not enough to see them through to the group stage.

They had picked up a credible draw with Spain in their second match, but it was defeat to Japan in their opener which really cost them and they head home before the knockout stage for the second successive World Cup.

Muller only turned 33 in September but has been playing for Germany since 2010 and has earned 121 caps, so it could be that he has pulled on the national team shirt for the last time.

He did not confirm that international retirement is next for him, but it sounded like a distinct possiblity.

‘If that was my last game for Germany, a few words to the German fans: It was a tremendous pleasure. Thank you very much,’ said the Bayern Munich forward.

‘I always tried to show heart on the pitch. Sometimes there were tears of joy, sometimes pain. I did it with love. I need to think about everything else now.’

Flick is still under contract with Germany until 2024, but there will be question marks over his suitability to lead his country after this early exit.

The former Bayern boss says things will be sorted in the near future, explaining: ‘We’ll work that out quickly, it’s difficult to answer now right after the game when we’re eliminated. We’ll see about that soon.’

MORE : Germany eliminated from World Cup at group stage with Spain squeezing through on goal difference despite Japan defeat