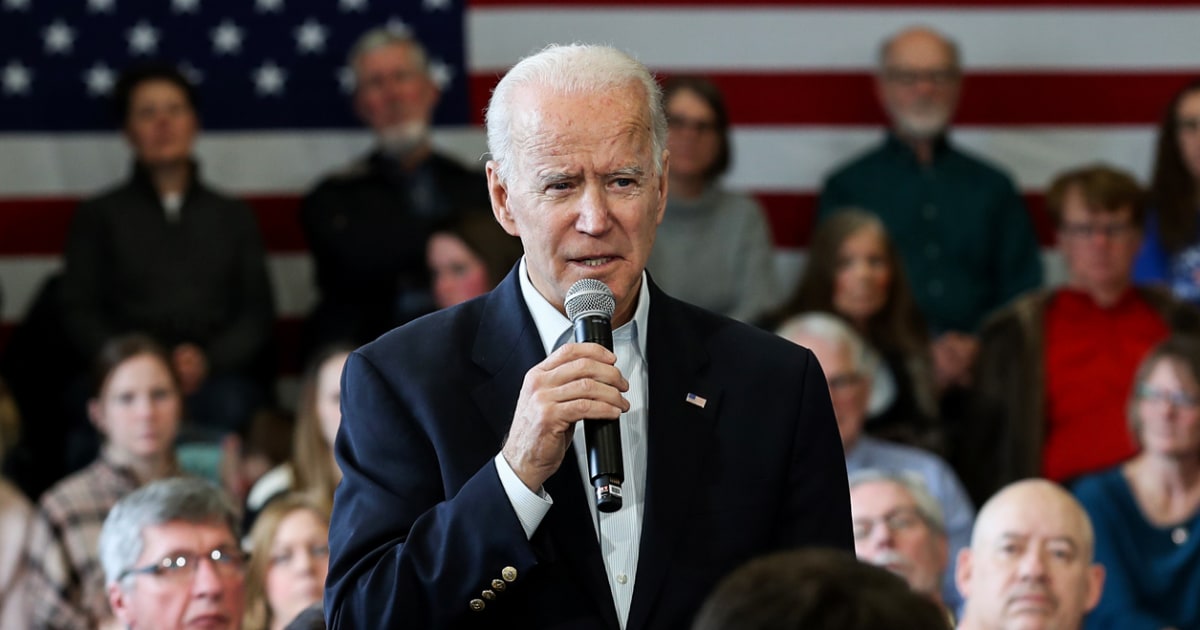 WASHINGTON — Democrats are poised to ditch Iowa and move up Michigan in their presidential primary calendar starting in 2024, according to several Democratic officials involved in the process.

Party members debating the future of their nominating process have been anxiously waiting on word from the White House ahead of a key meeting Friday, and one senior official said it was “safe to say” Michigan was President Joe Biden’s preference.

New Hampshire, Nevada and South Carolina are likely to retain their early spots, while Iowa would lose its first-in-the-nation status. Many insiders expect will Michigan will follow the other three states.

The reshuffling, which party insiders expect to be formally proposed at a Democratic National Committee Rules and Bylaws Committee meeting that starts Friday, is aimed at simultaneously enhancing the influence of nonwhite voters in the nomination process and ensuring Democrats pick standard-bearers who can compete effectively against Republicans in battleground states.

“I want our primary process to reflect the direction of our party,” said one committee member. Michigan offers racial and ethnic diversity, as well as a mix of urban, suburban and rural voters, this person said, adding that “Iowa just doesn’t have that.”

Final ratification will take place at the next meeting of the full DNC early next year, but the White House endorsement paved the way for the new plan.

Michigan, which has been seen as a leading contender for weeks, is a Midwest battleground state, critical to Democrats’ so-called Blue Wall, and has the racial, economic and geographic diversity Democrats said they’re looking for. It is also far larger than any of the other early states.

“It’s something that people have been pushing for for a long time. I think it’d be great for our state. I think we’d be a great fit,” Rep. Haley Stevens, D-Mich., told NBC News on Thursday.

While Nevada is expected to retain its spot as first in the West, it would be a disappointment to its top political and party officials if it isn’t first, who were perhaps most aggressive in their attempts to supplant New Hampshire to become first in the nation.

South Carolina, which boosted then-candidate Joe Biden to a lead Democratic presidential primary contender in 2020, also retained its place as first in the South.

Dozens of other states submitted bids to join the early states, which are given permission by the Democratic and Republican parties to hold their nominating contests before the rest.

Democrats have been in the process of revisiting their calendar since 2020, when Iowa Democrats botched their caucuses, a debacle that followed years of criticism that the increasingly Republican state is too red politically and too white demographically to play such a critical role in selecting Democratic nominees.

In his three White House runs, Joe Biden has never performed well in Iowa. He flamed out in the state in 1998, won less than 1 percent of caucuses in 2008 and came in fourth place in 2020.

As president and leader of his party, Biden’s opinion carries weight, even though most expect him to run essentially unopposed for the Democratic nomination in 2024.

Republicans still plan to stick with Iowa, which has held the coveted first-in-the-nation status since the 1970s. That means the two parties will have different presidential primary maps for the first time in years.

Some in Iowa have threatened to hold their caucuses early regardless of what the DNC says, but states that try to cut in line or disobey the national party risk losing their representation at the national conventions, where presidential nominees are formally selected.

The DNC refused to seat half the delegates from Michigan and Florida in 2008 after the states moved up their primaries without authorization.

Jonathan Allen is a senior national politics reporter for NBC News, based in Washington.