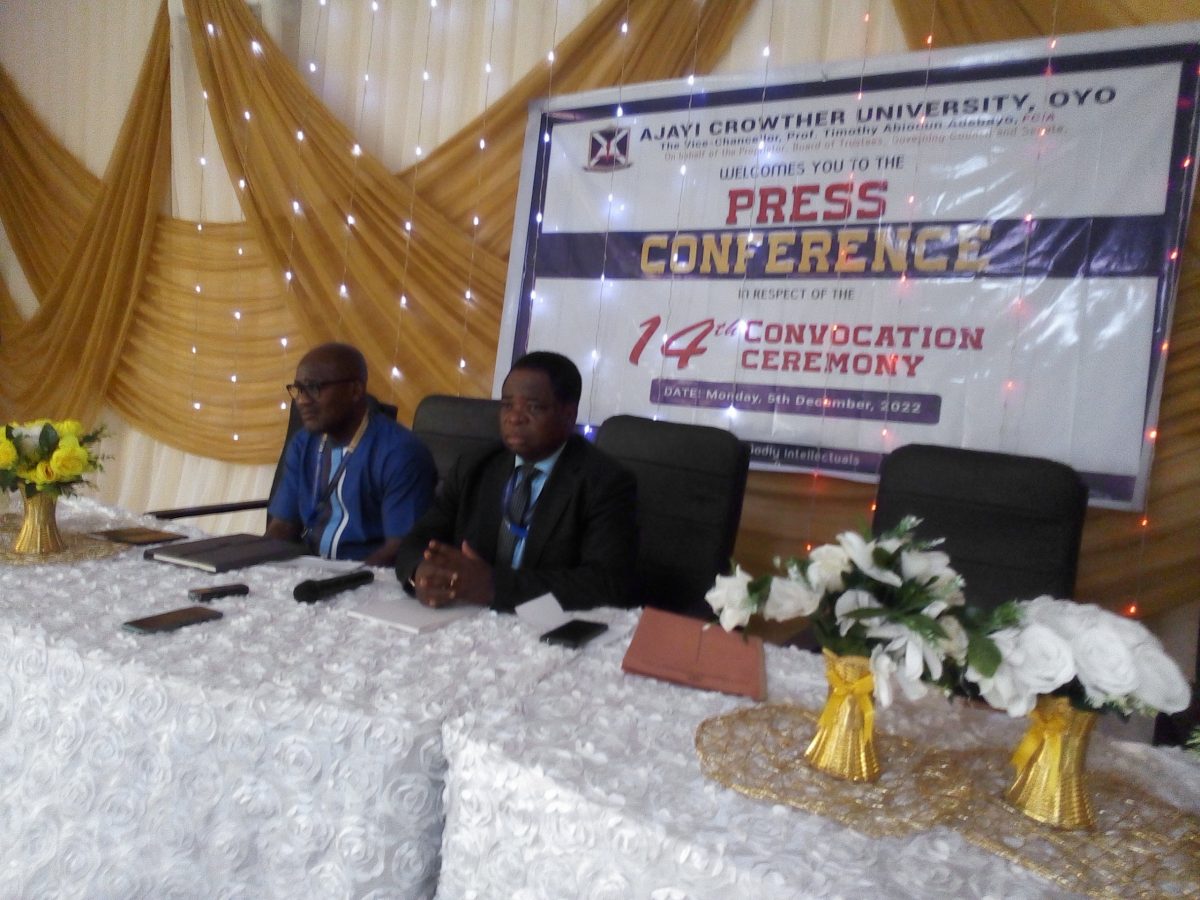 The Vice-Chancellor of the Ajayi Crowther University, Oyo, Professor Timothy Abiodun Adebayo has appealed to the federal government to complete the ongoing construction of the new Oyo-Ogbomoso road without further delay.

The Professor of Agriculture noted that this is necessary to reduce the pains and stress travellers, commuters, students and staff of the institution undergo while plying the old Oyo-Ogbomoo road.

Adebayo made these disclosures while addressing journalists during a press conference to herald the 14th convocation ceremony of the University in Oyo on Monday.

Newspot gathered that the new Oyo-Ibadan and Ogbomoso-Ilorin sections of the Ibadan-Ilorin expressway have been completed.

Our correspondent learnt that the Oyo-Ogbomoso section of the expressway has not been completed since the project started in 2011 during the administration of former President, Olusegun Obasanjo.

Adebayo has, however, appealed to the federal government and the federal ministry of works to intensify efforts to complete the road.

The VC who noted that the institution had met various stakeholders on the need to complete the new expressway on time, said that travellers, staff and students of the school undergo a lot of stress on a daily basis because the new expressway has not been completed.

Adebayo said, “Let me start from here, the Oyo-Ogbomoso road, when I came to office in 2020, I cried to the federal government to come to our rescue on the road. We did not stop at that, we also spoke with some people at the federal level to complete the new Oyo-Ogbomoso expressway.

“We are calling on the federal government to ensure that the new Oyo-Ogbomoso expressway is completed on time. This will reduce the problem of people plying the old road.