Home Entertainment “You are capable of eating a human being” – Outrage as hunters...
Facebook
Twitter
WhatsApp
Telegram
Email

Photos of a chimpanzee killed and eaten by hunters and locals in Nembe Local Government Area of Bayelsa State, have sparked an outrage online.

In the viral photos which surfaced on Facebook recently, hunters were pictured boasting about killing the chimpanzee at the Edumanom Forest Reserve in the state. They also reportedly sold the meat to interested residents.

A Twitter user, who allegedly bought the meat, took to Twitter to reveal that he cooked pepper soup with it, and washed it down with yoghurt.

“Gunned down by a hunter in the forest today at Nembe, Bayelsa state. A good meal,” he captioned the post. 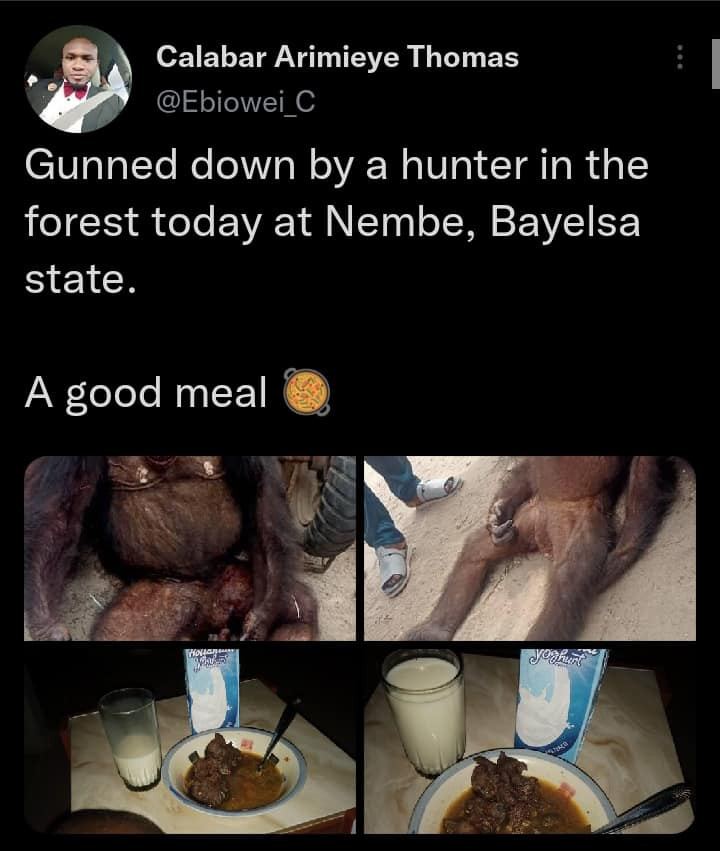 This didn’t go down well with many, including environmentalists and tourists, and they didn’t hesitate to lampoon the hunters for killing the chimpanzee.

Some also decried the possible extinction of the endangered specie, and called on the federal and state government to take more action to protect the animals from being hunted and eaten into extinction.

When contacted for comment, the Senior Special Advisor to the Governor on Tourism, Mr. Priye Kiyaramo, said: “It is regrettable that the future of chimpanzees in Edonamon National Park in Bayelsa State still remains in peril. There are cases where infant chimpanzees are frequently taken alive and sold in cities as pets.”

See some reactions below, 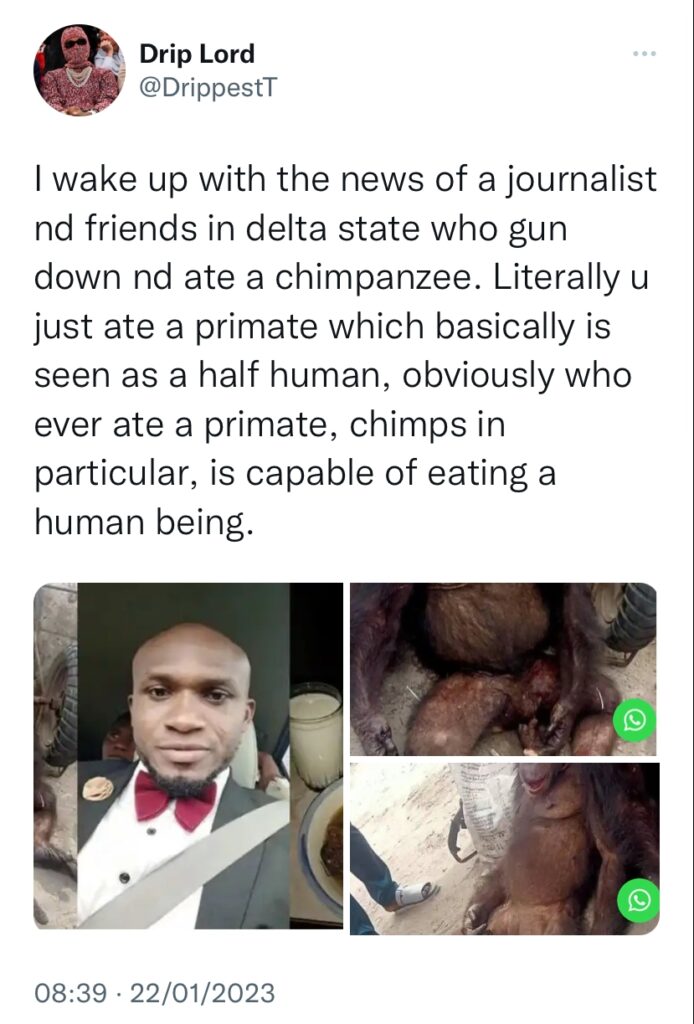 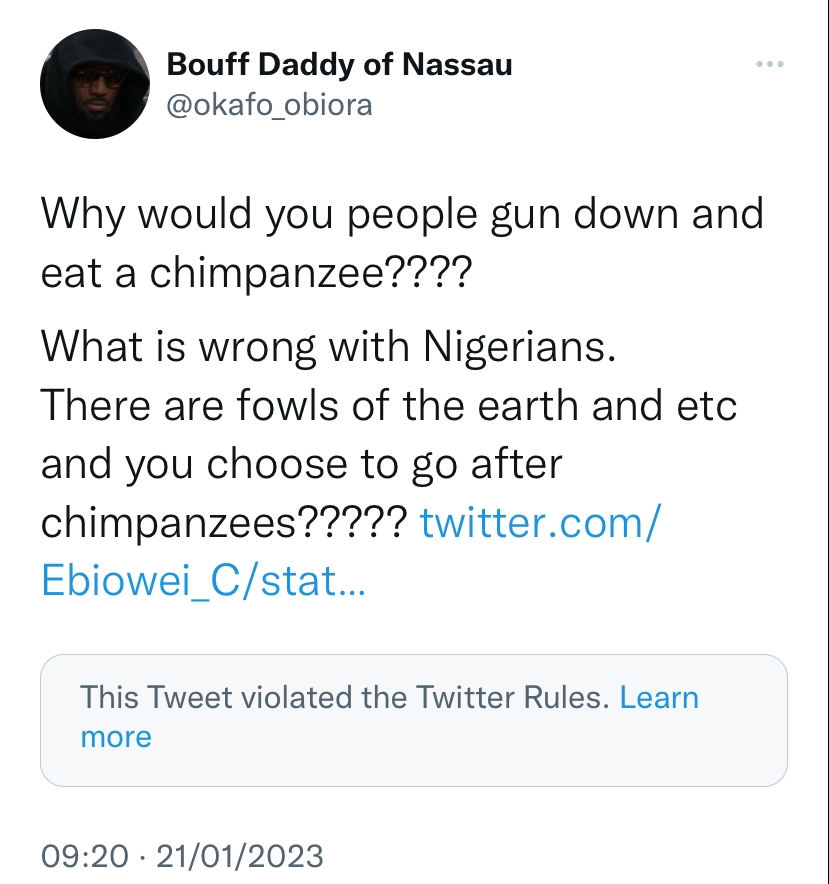 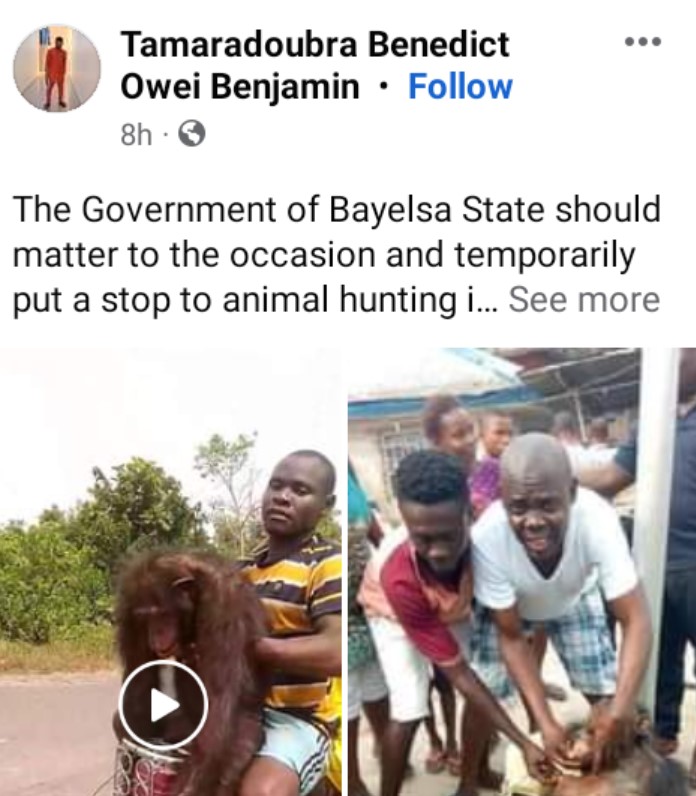