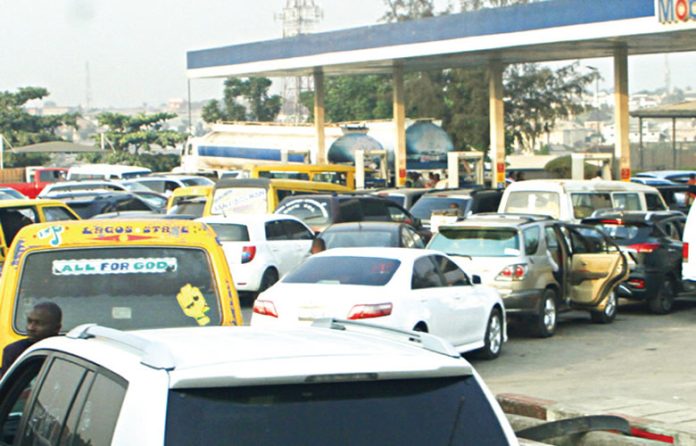 The House of Representatives has urged the Nigerian National Petroleum Company Limited, as the sole importer of Premium Motor Spirit, popularly known as petrol, to urgently ease off the queues at the filling stations across Nigeria.

The House also urged the relevant security agencies to “fish out those oil marketers and other economic saboteurs that may be responsible for the fuel scarcity across the country.”

While mandating the relevant committees to investigate the matter within 48 hours and report back, the House resolved to “invite the relevant regulatory authority to appear before the leadership of the House of Representatives tomorrow, Thursday, 26/01/2023, by 2pm.”

These resolutions followed the unanimous adoption of a motion of urgent public importance moved by a member, Leke Abejide, at the plenary on Wednesday.

Moving the motion titled, ‘Need for the NNPC Limited and Other Regulators in the Petroleum Industry to End the Fuel Scarcity Across the Country,’ Abejide noted that NNPC Limited is the only importer of petrol in the country.

According to him, the National Assembly has approved the money for the subsidy on the petroleum product to mitigate unforeseen circumstances especially shortages of the product.

The lawmaker recalled that over three months, there had been persistent scarcity of PMS in many parts of the country “and the situation appears to be getting worse.”

Abejide also noted that the disparity in the pump prices at the filling stations across the country, which, he said, “fields speculations that government may have begun to remove subsidy on petrol.”

He added that there is the allegation of drop in petrol supply to marketers by private depots, which he said was creating “a dangerous mindset in the country.”

He said, “The House is concerned that the current fuel crisis across the country may worsen in the days ahead, with the introduction of a N16.00 per litre charge. The House is also concerned that another contributing factor to the scarcity of the product may be unconnected with the increased cost of hiring daughter vessels in the hike in litre charges, which hitherto were paid in naira but now being charged in US dollars.

“The House is further concerned that the scarcity is associated with saboteurs among some of the key stakeholders who deliberately manipulated the system. The House is worried that due to the scarcity, Nigerians are exposed to all sorts of hardships, which have resulted in a hike in transportation fares and high cost of some major food items. The House is also worried that as a result of petrol scarcity, Nigerians are not finding it easy in their day-to-day livelihood activities.”