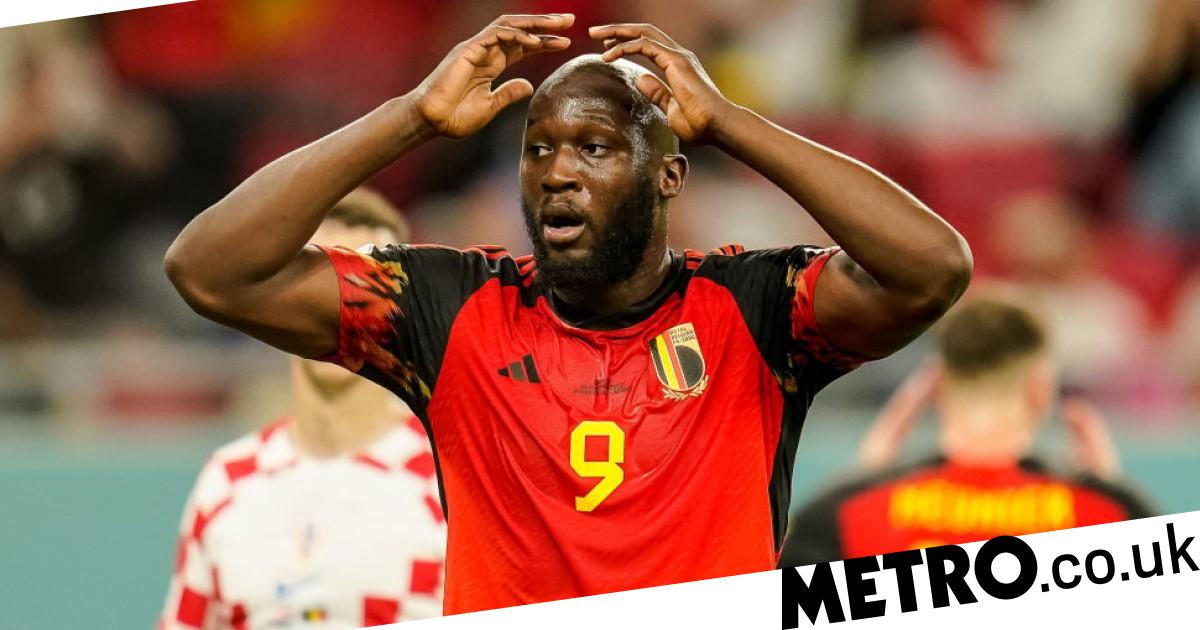 Barcelona icon Ivan Rakitic has poked fun at Romelu Lukaku after Belgium’s humiliating World Cup exit at the hands of Croatia on Thursday.

Belgium went into their final group game in Qatar knowing only a win would send them through to the knockout stage, having underwhelmed in there opening two matches.

At half-time, with the game goalless, Roberto Martinez brought Lukaku on, the 29-year-old’s first appearance at the finals due to injury, in the hopes that he could provide the spark his team desperately needed.

However, it would prove to have an opposite effect as the striker missed four big chances to score and win the game, as Belgium’s ‘golden-generation’ crashed out of the tournament in embarrassing fashion.

The result was enough to allow Croatia to finish second in Group F, behind Morocco, and they will now take on Japan on Monday in the round-of-16.

While the Red Devils did look much better with the former Chelsea and Manchester United star on the pitch, his quartet of misses were comically bad and only reinforced the stereotype that Lukaku fails to show up in big games.

Lukaku was on the receiving end of much mockery given the nature of his misses, and now former Croatian international Rakitic has joined in.

The 34-year-old, who earned over a century of caps for his country and helped them to the World Cup final in 2018, posted on his Instagram story, where he exclaimed: ‘Let’s go Lukaku!

‘We have to pay him a month of vacation in Split [Croatia’s second largest city]. Let’s go!’

Rakitic, who currently stars for Sevilla, is regarded as one of the best midfielders of the past decade, having won plenty of silverware with Barcelona including four La Liga titles and the 2015 Champions League.