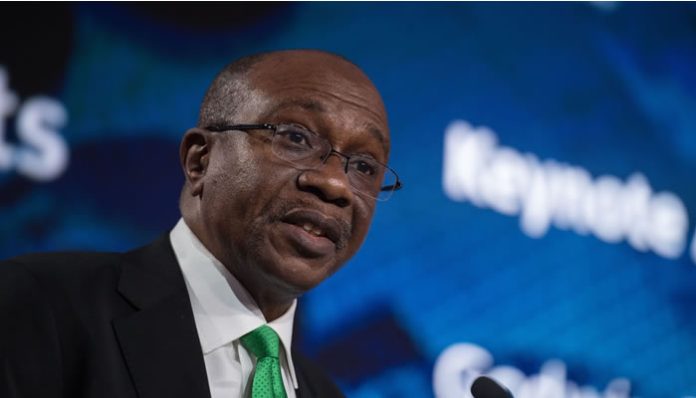 FOR Godwin Emefiele, the Central Bank of Nigeria Governor, the fresh intermittent air of uncertainty over his office could not have come at a worse time for the Nigerian economy. In this instalment, the State Security Service sought his arrest, accusing him of financing terrorism. On his part, Emefiele, a two-term governor, employed his annual vacation abroad and the reprieve of the court to escape the dragnet of the secret police. Amidst the high-wired politics and farcical whispering of sabotage between Emefiele, his accusers and the aloof President, Major General Muhammadu Buhari (retd.), the national economy is the worse for wear.

Ordinarily, the CBN office holder should be insulated from politics, his neutrality seen by all. Not so in Nigeria, where politics habitually interferes with rationality. Worse, agencies in the Buhari regime occasionally work at cross-purposes. In late December, the SSS recreated a crisis of confidence over the office of the CBN governor by seeking a court order to arrest and detain him for alleged terrorism financing and economic crimes. These are grave accusations, perhaps the culmination of the politics surrounding the office of the CBN helmsman.

There was uncommon controversy when Emefiele announced the naira policy in October. The Minister of Finance, Zainab Ahmed, told the parliament that she was not consulted. The damage control by Buhari that he was aware of the policy did little to re-instil confidence in the economy. The national currency, which had been under siege before then, has yet to recover.

Certainly, even after Emefiele returned home recently, and visited Buhari, the sabre-rattling has not ended.

Unfortunately, the SSS has travelled this road to nowhere before. It burned its fingers. In 2014, it detained Lamido Sanusi, Emefiele’s predecessor, over similar allegations of financing terrorism. At the end of the trial, the court acquitted the former Emir of Kano and awarded him N50 million in damages. The question is whether this time, the SSS did a thorough investigation before going public with these allegations against Emefiele or is just adding to the tensions over the fragile economy and the 2023 general elections. Whichever way, the SSS should be more discreet.

In truth, Emefiele could be his own worst enemy. The CBN governor upturned decency and ethics in 2022 when he joined the partisan politics of succeeding Buhari as president. Claiming blithely that he was sponsored by farmers, he bought an N100 million form to contest the All Progressives Congress presidential ticket before he eventually withdrew.

It was a fatal mistake on Emefiele’s part, as the whole nation watched on in incredulity. His inordinate ambition had damaged that high office beyond redemption. At that stage, Buhari should have stepped in firmly by sacking him. He did not, leading us to an uncertain place where the SSS is now dictating the pace of what the President should have approved with a stroke of the pen.

Between then and now, the economy has gone further south. The jury is out on his policy to redesign the N200, N500 and N1,000 notes, which according to him, is to stem inflation, recover the trillions of naira outside the banking system and prevent ransom collection by kidnappers, as the January 31 deadline looms.Up to this point, the new notes have yet to circulate widely, or are being rejected by some sections of the population. The move to engineer a cashless economy is tempered by the shabby infrastructure headlined by slow, expensive internet connections that cause failed online transactions and ATM cash withdrawals.

Emefiele began his tenure in 2014 controversially by reversing the customer-friendly policies of his predecessor, including the abrogation of charges on cash withdrawals on the ATMs of other banks.In 2016, the House of Representatives launched a probe into an alleged secret recruitment exercise of 909 employees by the CBN that allegedly favoured VIPs and violated the federal character principle. His recent order that banks should dispense new naira notes to customers is being obeyed in the breach.

Under Emefiele, the monetary policy regime appears inflexible. To tame inflation, the CBN hiked benchmark interest rate by 100 basis points to 16.5 per cent at its 288th Monetary Policy Committee meeting, the last one in 2022. That was the fifth consecutive hike. The benchmark rate at the beginning of 2022 was 11.5 per cent. Arguing that the rate hike reduced inflation in December, the CBN added another 100 basis points to it, hitting 17.5 per cent as its 289thMPC meeting that ended on Tuesday. Inflation hit a 27-month high in November at 21.47 per cent before receding by 0.13 points to 21.34 per cent in December. The foreign reserves keep fluctuating.

Elsewhere, central bank governors are known for their independence and decorum, helping their economy, and speaking truth to power. Andrew Bailey, the Bank of England Governor, recently told the parliament that because of the perception that former Prime Minister Liz Truss mishandled the tax rate cut policy, international investors were still wary of lending to the UK. Last September, the pound crashed and government borrowing costs increased after Truss pledged a huge package of tax cuts without an explanation on how to fund. This caused mortgage rates to rise to a 14-year high in the UK. The BoE intervened to calm financial markets after the chaos put some pension funds at risk. In Nigeria, there is no difference between the CBN governor and a partisan.

Investors always watch the direction of a leader. Therefore, all depends on Buhari to save that institution from itself. First, the President should be decisive; his body language and actions should portray him as someone who is in control, not someone who is indifferent.

He should always nip any dissonance among the public agencies in his regime in the bud. The economy is fragile; Buhari should realise that there is no way he can instil confidence in it with the uncertainty surrounding Emefiele.