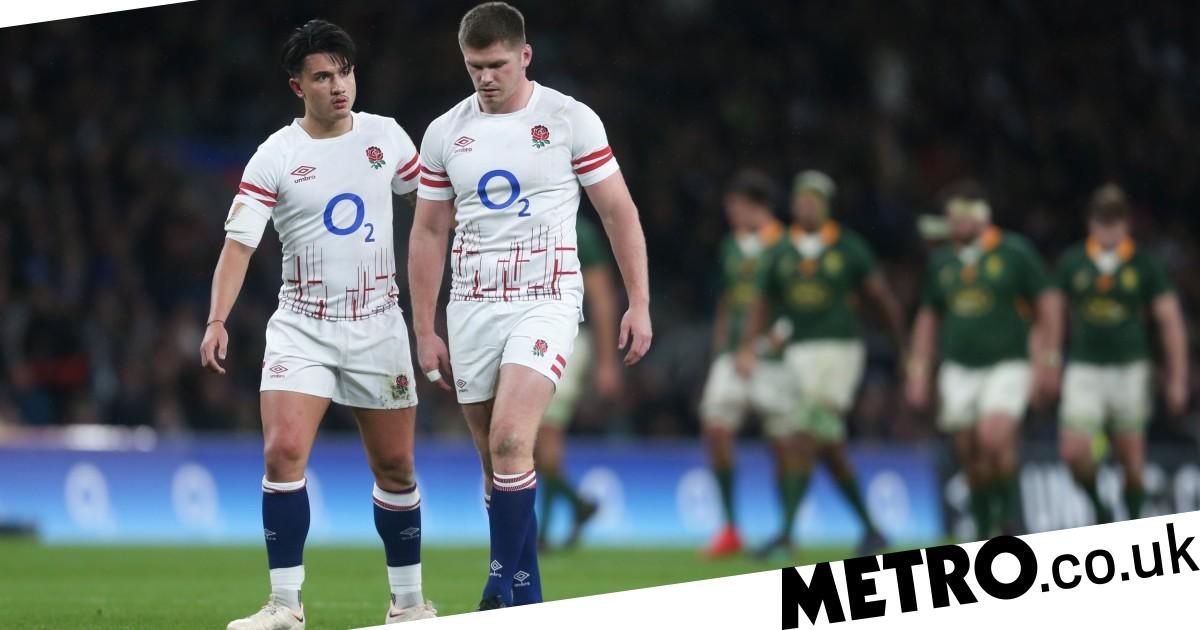 Eddie Jones has admitted he is under increasing pressure as his bosses at the Rugby Football Union mount a review into England’s miserable form.

The hosts were booed off after being crushed 27-13 by South Africa at Twickenham on Saturday, the second defeat of their miserable autumn programme.

Unequivocal backing for Jones was noticeably absent from a statement yesterday – unlike in the wake of this year’s dismal Six Nations campaign when chief executive Bill Sweeney said the RFU would ‘fully support’ the Australian.

‘I’m sure the fans have doubts and feel that I don’t know how to coach, but it’s a progression to the World Cup (next year) and we have our ups and downs.

‘I’ve got a plan for how England can win the World Cup but it doesn’t go in a perfect line. We’re not off track. You have days like against South Africa. I’ve had worse days than that.’

However, with England having endured their worst year since 2018, there are growing suggestions Jones is not the man to lead them into next autumn’s showpiece tournament in France, after which the Australian is scheduled to stand down.

A first defeat to Argentina since 2008 and the way England accepted a 25-25 draw with New Zealand, Marcus Smith kicking the ball out to trigger the final whistle, have added to the scrutiny, with 2003 World Cup-winning coach Sir Clive Woodward among Jones’ harshest critics.

Sweeney said in his statement: ‘We would like to thank England fans for their patience and support, it matters to us how they feel. Like them we are really disappointed with the results of the Autumn Nations Series.

‘Despite strong individual performances and some great new talent coming into the team, the overall results are not where we expect them to be.’