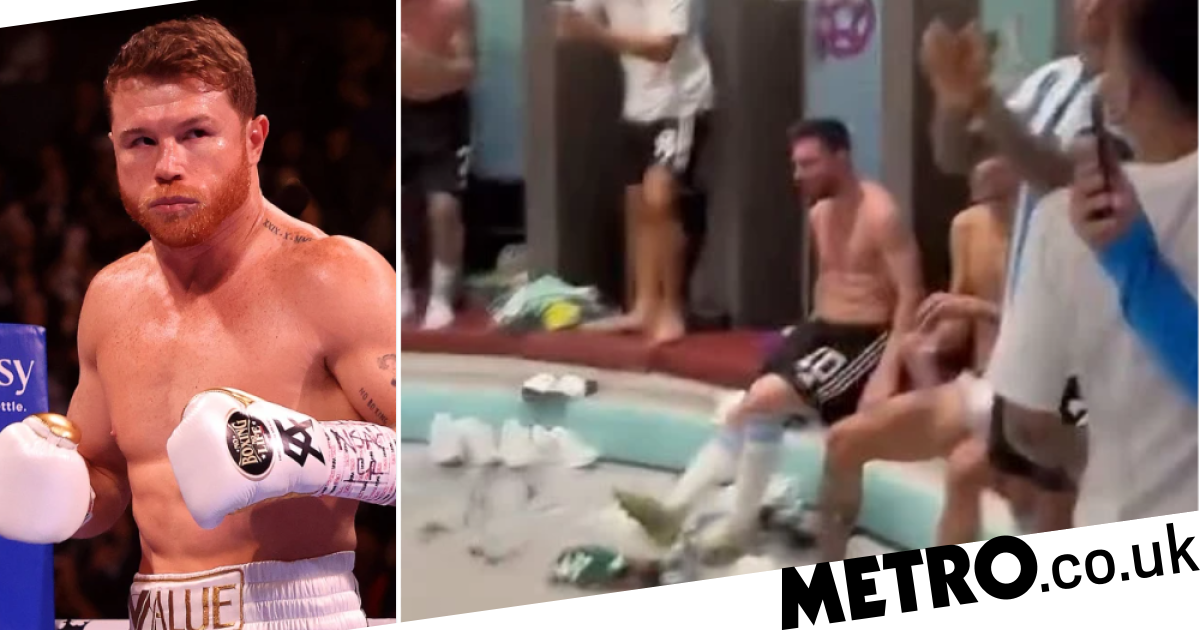 Andres Guardado has defended Lionel Messi after he was accused of disrespecting Mexico by Canelo Alvarez.

Canelo, a multiple world boxing champion from Mexico, was furious with Messi’s conduct in Argentina’s dressing room after their 2-0 win at the World Cup as video footage showed a Mexican shirt discarded on the floor on front of him while he celebrated.

But Mexico’s captain has revealed that it was his shirt in front of Messi and has explained to Canelo that swapped jerseys are often left on the floor in order to be washed.

When asked about Canelo’s comments about Messi, Guardado told TyC Sports: ‘I have had the fortune and the privilege of facing him for many years in Spain, of experiencing moments like my son’s and I know the type of person Leo is.

‘Unfortunately, perhaps, Canelo does not understand what is experienced in a dressing room, and that is why I can understand the reaction of being offended by seeing the Mexico shirt on the ground and everything that has gone viral.

‘But to me, it really seems silly what is being talked about because it doesn’t matter much. For me, I repeat, Leo has had many details not only with me, with many colleagues who know what he is like and beyond what has been said, it is pure to generate controversy or sell things.

‘Every time I have had the opportunity to ask Messi for something, a change of shirt or a photo with my son, he has always done it.

‘Anyone who has never been in a football dressing room does not understand. It is an agreement with the staff, it’s the way it is, when you leave all the sweaty jerseys on the floor it is all to wash and what you do not leave on the floor you take with you to the house. Dirty clothes go to the ground, whether it’s your shirt or the opponent’s, it’s always like that.

‘In fact, that shirt was mine, I swapped it with Leo and I also threw his on the ground so that they would wash it for me. In the locker room it is understood that way because we are footballers, we know what lives in a dressing room and we did not give it greater importance.

‘I am anti social networks, I do not understand the magnitude of what happened. I saw Canelo’s main tweet where he was offended by the image. I can understand Canelo because he has never been in a locker room, but beyond That’s what it is and you shouldn’t give it more importance.’

Why Lassa fever is contagious after treatment – Virologist