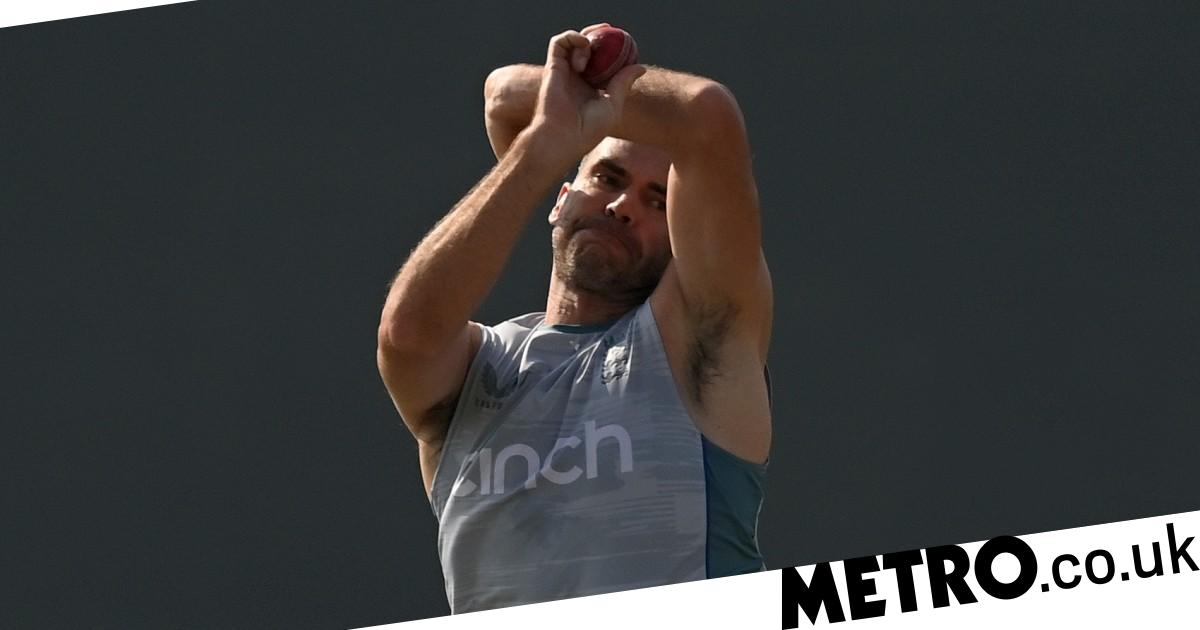 James Anderson says England are relishing a return to Test cricket tomorrow with the challenge of a first series in Pakistan for 17 years provoking real excitement.

The 40-year-old is the only member of the squad to have experienced the 2005 tour, although he did not feature in the Test series.

It is the only cricket-playing nation where Anderson has yet to play a Test and the seam bowler is ‘really excited’ by the prospect.

‘Especially after the summer we had in Test cricket, we felt like we were building something and want to keep that kind of momentum building,’ he said.

‘Then, to be a part of what is a really exciting challenge for us out here. Different conditions, different to what we will have experienced before as a group.’

Two of Australia’s three Tests in Pakistan ended in high-scoring draws before the visitors clinched a series victory in the final game.

However, Anderson believes England have what it takes to bowl Pakistan out twice in every game.

‘We’re trying to make sure we know what fields we might set, talking specifics about their batters and trying to work out plans for them,’ he added.

‘We’ve got great coaches all around us and some of the best captains the world has ever seen in our group, and we feel like we’ve got what it takes to take 20 wickets in each Test match.’