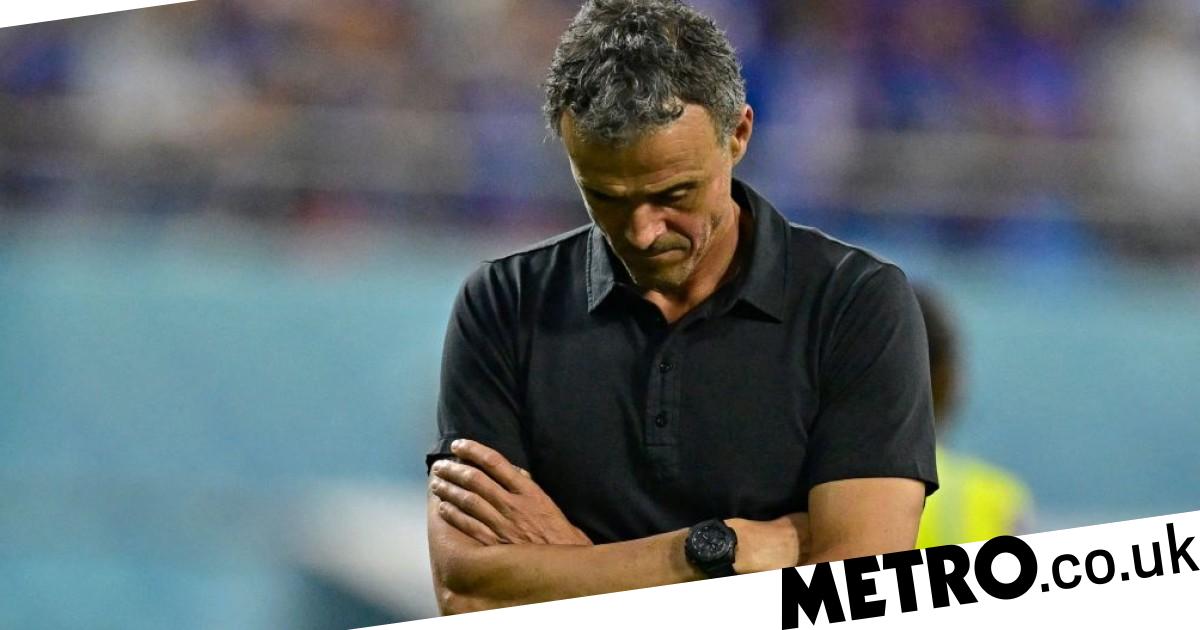 Gary Neville has largely been very impressed by Spain at the World Cup so far, but not their goalkeeper, Unai Simon, and he feels manager Luis Enrique has a big call to make going into the knockout stages.

Spain only scraped into the last 16, in the end, after a 2-1 defeat to Japan on Thursday night, which saw Germany eliminated at the group stage.

Enrique’s side had looked spectacular in their opener in beating Costa Rica 7-0, but they have declined since then with a 1-1 draw against the Germans before the shock loss to the Japanese.

Japan’s first goal, through Ritsu Doan, was a well struck shot but one which Simon got both hands to and could only punch into his own net.

Neville feels that both David Raya and Robert Sanchez could be better options as they head into the last 16 against Morocco, and even Manchester United goalkeeper David de Gea, who is not in the squad, could have been a better option.

‘The big decision with Spain is whether they stick with their goalkeeper because Simon has not filled me with confidence,’ Neville said on ITV.

‘He’s the one part of the team that looks that a real weak point.

‘He’s got to save that, it’s no good that. They’ve got Raya on the bench, they’ve got Sanchez, De Gea’s still at home, I know he’s not been brilliant the last few years but I can’t think he would have let that in.

‘That [the first goal] is a real bad one. In a knockout game it’s fatal for you.’

The 25-year-old Athletic Bilbao goalkeeper has picked up 29 caps for Spain since making his debut in 2020, with Brentford’s Raya and Brighton’s Sanchez the other options in Enrique’s squad.