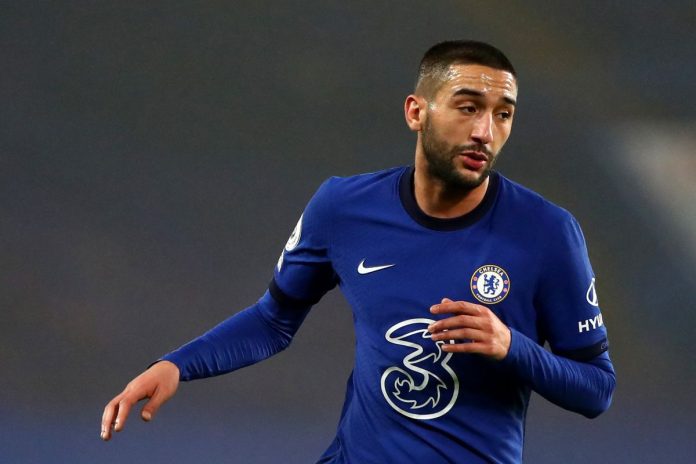 Chelsea want to sell winger Hakim Ziyech to AS Roma and not to a Premier League rival, The Sun reports.

The Blues are holding out for Roma to buy out-of-favour Ziyech in an effort not to sell the Moroccan to a Premier League rival.

Ziyech, who enjoyed a productive 2022 FIFA World Cup in Qatar, has attracted interest from several top-flight clubs across Europe, including Roma, Tottenham, Newcastle and Everton.

His frustrating two-and-a-half-year spell at Stamford Bridge is expected to come to an end by the close of the January transfer window next Tuesday.

The 29-year-old is reportedly eager to move to Italy for a fresh start.

However, Roma are currently looking to sell highly-rated youngster Nicolo Zaniolo in order to raise the £25million to sign Ziyech.

It is believed Chelsea are happy to wait for Roma to find sufficient funds and are keen not to offload the former Ajax star to another top-flight club in England.