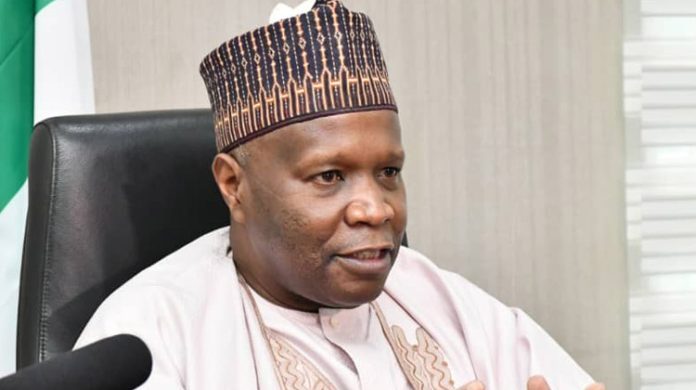 The Federal High Court, Abuja, has struck out the case brought before it by the Peoples Democratic Party governorship candidate in Gombe State, Mohammed Barde, against Governor Muhammadu Yahaya, the Independent National Electoral Commission and two others.

The court declined to nullify the candidacy of the governor.

Ruling on Tuesday, Justice Binta Nyako dismissed the allegation that the governor in a bid to aid his qualification submitted forged documents to INEC.

Cited as 1st to 3rd defendants in the suit marked FHC/ABJ/CS/1301/2022, were INEC, the All Progressives Congress, and Governor Yahaya, respectively.

The plaintiff, through his lawyer, Johnson Usman, SAN, alleged that the governor lied on oath in documents he presented before INEC.

The plaintiffs argued that the third defendant was inconsistent in the depositions he made on oath.

The plaintiffs stated that the third defendant be disqualified from participating in the election slated for March 11, adding that his action was in breach of both the 1999 Constitution, as amended, and the Electoral Act, 2022.

“That the 3rd defendant having submitted forged documents to the 1st defendant in his INEC form EC-9 in 2022 is not qualified to contest the governorship election of Gombe State,” they said.

They prayed the court to restrain the 3rd defendant from parading himself as the governorship candidate of the APC in the state.

Meanwhile, challenging the competence of the suit through their counsel, Mr. Marshall Abubakar, the APC and governor Yahaya persuaded the court to dismiss it for want of jurisdiction arguing that the PDP and its members lacked the legal right to institute an action to challenge the nomination of a candidate by another political party.

They contended that the plaintiffs failed to establish any reasonable cause of action, and that the suit had become statute-barred since it was not filed within 14 days after INEC published Governor Yahaya’s name as a candidate for the election.

The defendants argued that only members of a party and its aspirants could challenge the outcome of a primary or the nomination of a candidate.

Justice Nyako upheld the defendants’ preliminary objection and dismissed the suit for lack of competence.