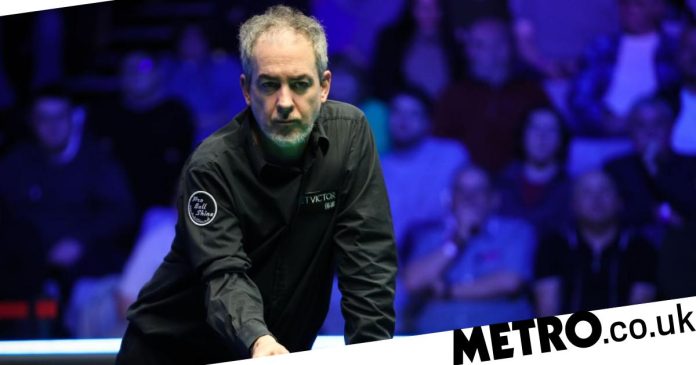 After this week’s news that the Turkish Masters will no longer be happening in March, many professionals face a quiet few weeks ahead and Anthony Hamilton feels it is symptomatic of ongoing problems on the World Snooker Tour.

The 51-year-old has been on tour since 1991, so has seen plenty of ups and downs in the sport and he reckons we are witnessing something of a decline right now.

The loss of the string of big tournaments in China due to the pandemic is an ongoing problem for the sport, and with events not cropping up to replace them, it is a tough time for those outside of the sport’s elite.

While those riding high in the rankings are more than busy enough with limited-field events, many on the tour are short of playing opportunities and the cancellation of the Turkish Masters is a real blow.

Hamilton, ranked #40 in the world, plays at the one-frame Snooker Shoot Out this week, but after that faces a break of over two months before playing in World Championship qualifying, as he has not qualified for the Welsh Open or German Masters.

World Snooker Tour are looking into a replacement event to take the Turkish Masters’ place in the calendar, but things look bleak for some professionals if they are unsuccessful.

‘We’re playing in a tournament so we’ve got to be happy haven’t we?’ Hamilton told Metro.co.uk of his trip to Leicester for the Shoot Out.

‘Unless they fill the gap with some poxy Championship League or whatever, as it stands, certain players like myself won’t be playing for 10 weeks now till the World Championships.

‘A lot of us will put the cue down for a month and pick it back up again for the Worlds. It’s not great is it? I’ve not won a match for quite a while now [UK Championship qualifying in November], when I play in the Worlds it might be close to six months since I’ve won a match.

‘That’s something that I don’t think I’ve experienced before. It is what it is, I guess, I’ll get enough practice in for the World Championships. The only good thing is that no one will be particularly sharp.

‘I’m getting my cue out for the Shoot Out, but I can’t really be bothered because it’s going to go away for a month. Unless they get something on, whatever it is, anything would be better than nothing. It’s hard to muster up any real enthusiasm unless you’re in other tournaments like the top players are. The rest of the tour are in a bit of a malaise.’

The calendar doesn’t appear empty between now and the World Championship starting in April, but the upcoming Players Championship just features the top 16 on the one-year ranking list, followed by the Tour Championship which is just for the top eight.

Players down the rankings are short of earning opportunities and Hamilton expects some will be turning to part-time jobs, which, in turn, will harm their snooker.

‘If this was like five years back and I no money in the bank…that’s a position a lot of pros will be in now, you would seriously have to think about going to work behind a bar just to pay the bills,’ said Hamilton.

‘It’s not going to kill you, don’t get me wrong, but it might be five per cent off your snooker and that’s enough to not earn anything from snooker.

‘I’m playing alright, but I haven’t been paid since the UK in November. That could be five months in between cheques. I’ve lost matches, of course, but you’ve got to make sure you’ve got enough money in the bank. You need a float, because this could happen every year. If you’ve not got a float you’re f***ed.

‘My hat goes off to players, I know them personally, who’ve got young kids. When I was their age and I could play, I still didn’t have the balls to think that I could start a family off the back of this job.

‘It never materialised anyway, but I used to think to myself, “If I had two kids, I don’t think I could guarantee getting them through from snooker.” I probably could have done, but that’s the thought process you have, even as a good player. It’s an easy life in some ways, because you’re not told by The Man what to do but you’ve got no guarantees, that’s the tough part.

‘But that’s what sport is, really. Other than football and a few others, it’s working class and you’re basically gambling whether you get paid or not. That’s the decision you make when you get good, whether you want to deal with it or not. We might moan about it, but it’s our decisions ultimately.’

The Sheriff of Pottingham has no intention of turning his back on the sport he has dedicated his life to and he hopes there are brighter times ahead, but he certainly sees a dip at the moment, which he traces back to the retirement of Barry Hearn, who was the sport’s driving force until 2021.

‘The tour is going downhill a bit now,’ he said. ‘It was always going to when Barry retired, or semi-retired. He’s not pushing forward with the job of finding money, there’s no one better at it. As always, the most annoying people on the planet get s**t done. He’s certainly got his merits.

‘Snooker’s not flying. You listen to some people and it sounds like it is, but it’s all smoke and mirrors. It’s a thin veneer between success and disaster at the moment, if you ask me.

‘It’s not all bad. Snooker is in a better state than it was before Barry arrived because it was on its knees then. But it’s not all roses like some people would have you believe.

‘I understand where they’re coming from, because they have to get sponsors interested, but every now and then they need a dose of reality, and the reality is a lot of players are on their arse. That’s the reality.’


MORE : Stephen Hendry reveals what has been most difficult and annoying during snooker return

Emefiele responsible for poor performance of Naira, not Buhari – APC’s...

Emefiele responsible for poor performance of Naira, not Buhari – APC’s...