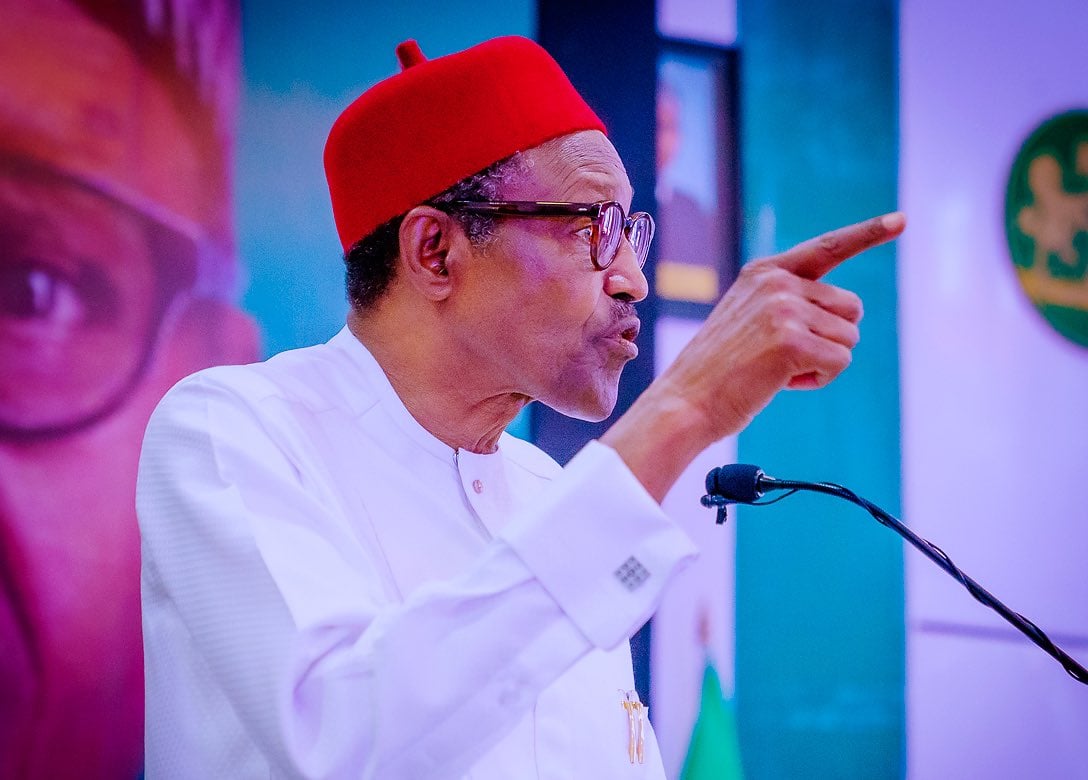 President Muhammadu Buhari, on Monday in Sokoto State, instructed the Nigerian armed forces to remain apolitical ahead of the 2023 general elections.

Buhari also urged them to continue to operate within the framework of the constitution to ensure the successful conduct of next year’s general elections.

Declaring open this year’s Chief of Army Staff’s Annual Conference, Buhari called on the Army to continue to improve their human rights duties during operations in line with global best practices.

This was disclosed in a statement by Buhari’s spokesman, Femi Adesina.
On human rights, President Buhari described improved duties by security agencies on this issue as “the major pathway for winning the hearts and minds of the people.”

On the 2023 general elections, the Nigerian leader noted that it’s imperative that the Army and the armed forces, in general, support the civil authority by providing a peaceful environment to allow its successful conduct.

Buhari expressed happiness that the Chief of Army Staff has already given a reviewed Rules of Engagement and Code of Conduct to guide personnel during the 2023 general elections.

He said, “The professionalism you exhibited in the successful conduct of the Anambra, Osun and Ekiti states elections should also be reflected in the 2023 general elections.”

Why we frustrated Gov Ayade out of PDP – Ikem