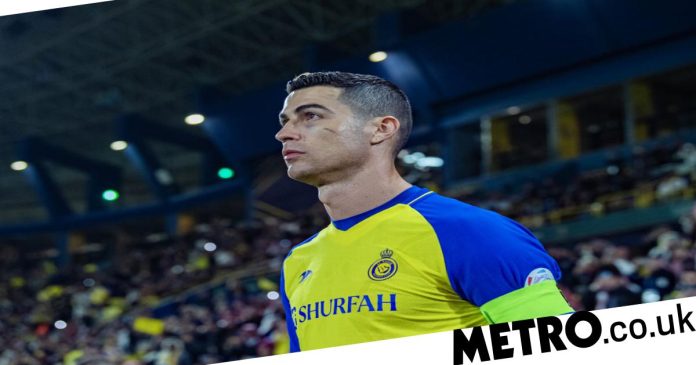 The Portuguese legend moved to the Saudi Pro League club as a free agent in December 2022 following his release from Manchester United the previous month.

And Ronaldo’s relocation to the Middle East has naturally left fans in the UK keen to follow his progress at Al-Nassr.

Find out how to watch Ronaldo’s games for Al-Nassr on live stream in the UK.

Saudi Sports Company has the rights to show games from the Saudi Pro League, King’s Cup and Saudi Super Cup on live stream across the world.

The streams are available via Shahid and new customers can sign up by visiting the official website.

Fans wishing to watch Al-Nassr and Ronaldo play will need to subscribe to the VIP Sports package, currently priced at £10.99 a month.

Highlights of Al-Nassr matches will be available to watch on the club’s official YouTube channel.

Shahid will also have highlights of Al-Nassr’s fixtures on their various platforms.

Al-Nassr will next be in action against Al-Ittihad in the Saudi Super Cup on Thursday, January 26, with kick-off at 6pm GMT.

Their next Saudi Pro League fixture will be against Al-Fateh on Friday, February 3 at 3pm.

Al-Nassr and Ronaldo will then take to the pitch once again for the clash with Al-Wehda on Thursday, February 9 at 5.30pm.


MORE : Cristiano Ronaldo vs Lionel Messi: Who has scored the most goals in their career?


MORE : The eye-watering amount Cristiano Ronaldo will earn per second, hour and day at Al Nassr