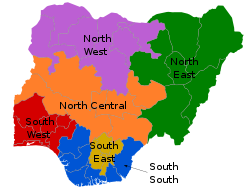 This piece is the product of reflection on my experience of Saturday, January 14, 2023 at a football viewing centre. On that day, it was the 189th iteration of the Manchester Derby; and as a Manchester United fan, I sat there hoping very much that my team would take revenge on Manchester City for the 6-3 defeat of the first leg.

As the game got under way, fans of the opposing teams reacted differently to its ebb and flow. The most expression of frustration came from the Red side of Manchester. Though with a fewer possession of the ball, the Red Devils actually outplayed the Citizens in the first half, with many chances to get ahead not converted. Marcus Rashford came close twice. Fernandes shot wide what would have been a sitter. It was an edgy 45-minute of football.

It was a spirited Manchester City that resumed play in the second half, and when they took the lead in the 60th minute, it felt like de ja vu for most Manchester United fans at the viewing centre. We had been there before, and it seemed like Guardiola’s boys were going to roll over us once again. Then, at the 78th minute, the tide turned.

Casemiro made a splitting pass. Rashford wisely decided not to touch the ball. Fernandes hit it with precision. It was 1-1. Four minutes later, Rashford sharply converted the deft cross of live-wire Garnacho to make it 2-1. The jubilation that rent the air was so resounding that even the deaf would hear.

Now, this is where it comes close to home. As I leapt for joy and triumphantly shouted ‘United!’, a fellow supporter joined me in celebration. He wrapped his hands around my shoulder and urged me to shout it again. Together, we both shouted ‘United.’ Other supporters joined us in the shout, men giving themselves high-fives and hugging each other. It was pure joy!

When calm returned, I then realised that the guy who had come to me in celebration was a manifestly Obidient Nigerian. In the frustrating moments of the game, before the breakthroughs, he was one of those who had sought momentary relief in pillorying the Buhari administration and taking swipes at Asiwaju Bola Tinubu, the presidential candidate of the All Progressives Congress. As a BATist Nigerian, I quietly disagreed with him, but resolved never to get into argument. I believed that he had a right to his opinion, just as I had to mine.

However, when Rashford gave Manchester United the lead, we both forgot our political differences and came together in jubilant excitement. We forgot the different directions that our votes would go, come February 25, and concentrated on the shared interest of the well-deserved victory of the day. We cheered, shouted, and hugged each other – our contrasting political persuasions notwithstanding.

The lesson I draw from reflecting on that experience, especially for Nigerian youths, is that we are actually more united than we think. Regardless of our ethnicity, religion, or political affiliation, if we all see the well-being of Nigeria as our shared interest, then we would not follow the worn path of bitterness and bile that people of the older generation have followed in the pursuit of their political aspirations.

As Nigerian youths, we can do much better than the unreserved exchange of expletives that dominate the social media space. We may pitch our tents in different positions, but we must not destroy the land on which our pegs are fastened. We must see beyond temporary political divides, and realise that we have a common and permanent interest in the peace and prosperity of Nigeria. We can disagree without being disagreeable.

As the polls draw nearer, and we get ready to perform our civic duties, let us remember that Nigeria is greater that any of our preferred candidates. Let us market our parties with decorum and respect for each other. Let us realise that after the frenzied season of electioneering goes, you and I are the Nigeria that will remain. How solid would that Nigeria be if we have already fractured ourselves beyond repair?

Either you are BATist, Obidient, or Atikulated, remember that we are all Nigerians – and we are actually more united than we think we are.