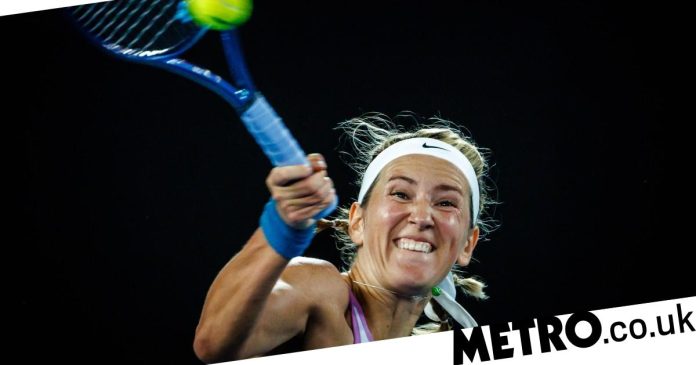 Victoria Azarenka said it has taken her ten years to get over the criticism she faced following her last Australian Open semi-final after finally making it back to the last four.

The Belarusian, 33, defeated Jessica Pegula 6-4, 6-1 in the quarter-finals and is putting together her best run since winning back-to-back titles in 2012 and 2013.

The second of those proved controversial, with Azarenka taking a long medical time-out after failing to serve out a semi-final win over Sloane Stephens.

Azarenka broke in the next game to clinch victory and later said she had experienced pain in her chest.

Asked about the incident, a fired-up Azarenka, who next faces Wimbledon champion Elena Rybakina in the last four, said: ‘It was one of the worst things I’ve ever gone through in my professional career, the way I was treated after that moment.

‘It took me ten f***ing years to get over it. I finally am over that.’