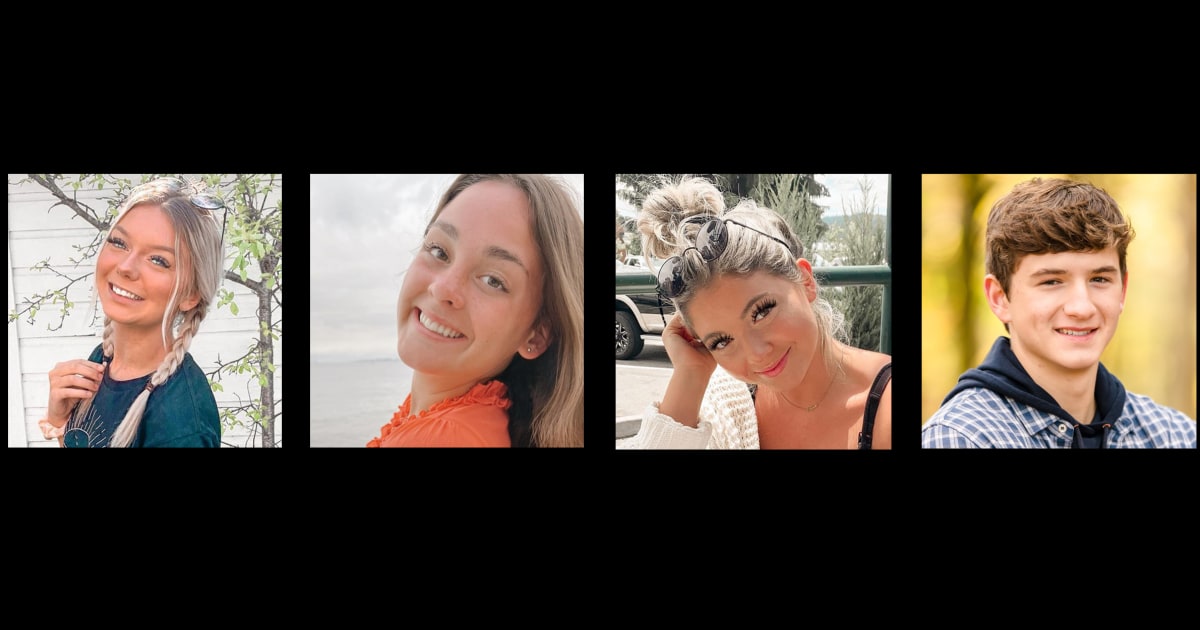 Two roommates who were inside the apartment house of a quadruple homicide near the University of Idaho said they are struggling to accept why the lives of “four beautiful people” were taken so brutally.

In letters read aloud at a church vigil Friday, the roommates made public statements for the first time in the still-unsolved slayings of Maddie Mogen, 21; Kaylee Goncalves, 21; Xana Kernodle, 20; and Kernodle’s boyfriend, Ethan Chapin, 20. Chapin had been staying overnight at the home when the four were fatally stabbed in the early morning of Nov. 13, authorities said.

Roommate Bethany Funke wrote that Mogen would tell her that “‘everything happens for a reason’ — but I’m having a really hard time trying to understand the reason for this.”

Another roommate, Dylan Mortensen, said in a letter that the victims “lit up any room they walked into and were gifts to this world.”

“My life was greatly impacted to have known these four beautiful people,” Mortensen wrote, “my people who changed my life in so many ways and made me so happy.”

Police in the rural college town of Moscow say Funke and Mortensen were on the first floor of the home, just south of the University of Idaho where the friends were all students, when a killer or killers attacked the other roommates.

Police said the four victims were likely sleeping, and all were stabbed multiple times with defensive wounds on some of the bodies.

As the investigation enters its fourth week, frustration has grown among the victims’ families and the wider community over why neither a suspect nor motive have been identified. The weapon, believed to be a large fixed-blade knife, has not been found.

Moscow police have had to walk back conflicting statements and dispel internet rumors as well, but insist the killings were a “targeted attack.”

“We remain consistent in our belief that this was indeed a targeted attack but have not concluded if the target was the residence or its occupants,” the Moscow Police Department said last week.

Detectives are piecing together the final hours of the roommates’ lives, with thousands of tips pouring in and requests for more videos from the neighborhood to aid in the investigation. Several people who were seen interacting with the friends throughout the night, including at a late-night food truck, have been cleared.

Funke and Mortensen, identified by police as “two surviving roommates,” are not believed to have been involved in the crime. Detectives said the two were asleep during the stabbings, and that one of their cellphones was used to call 911 when they woke up later that morning on Nov. 13.

Mortensen in her letter said she would never forget her three roommates nor Chapin, who she described as an older brother.

“I know it will be hard to not have the four of them in our lives, but I know Xana, Ethan, Maddie and Kaylee would want us to live life and be happy,” Mortensen said, “and they would want us to celebrate their lives.”

Erik Ortiz is a staff writer for NBC News focusing on racial injustice and social inequality.