Home World News The teen who was refused the chance to be with her dad...
Facebook
Twitter
WhatsApp
Telegram
Email 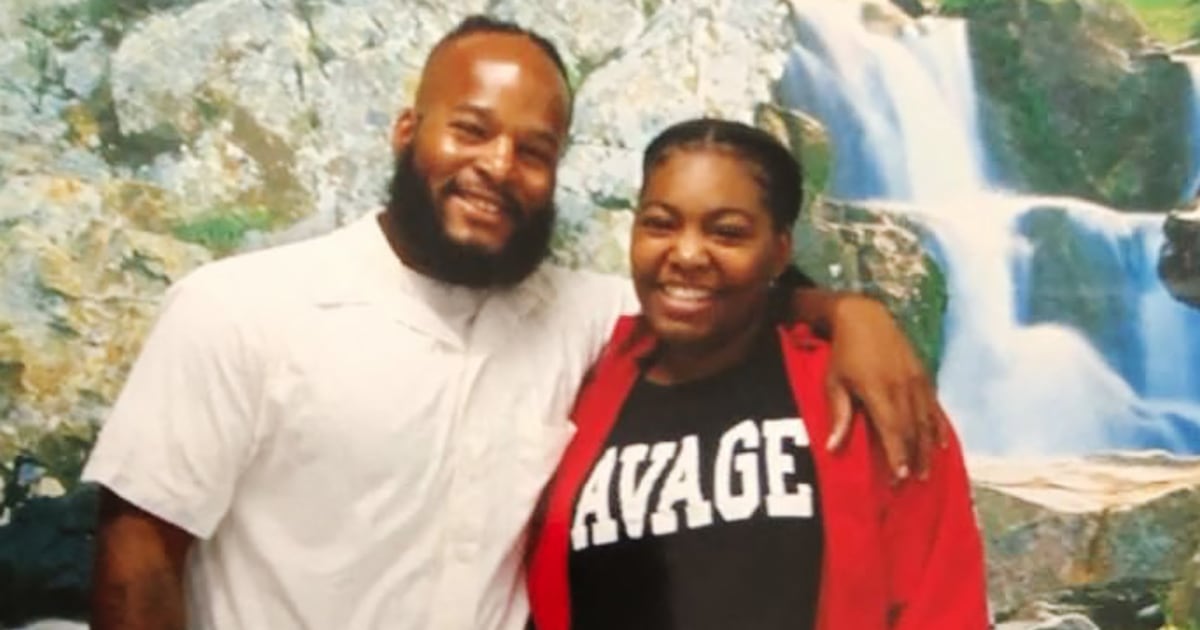 Khorry Ramey entered the state prison in Bonne Terre, Missouri, on Tuesday morning to visit her father, Kevin Johnson, for a final time.

The prison guards would not allow them to embrace, but the 19-year-old was permitted to bring her 2-month-old son, Kaius.

“We had a really emotional moment. He said he felt like he failed me as a father,” she said Thursday. “We were able to get everything off our chests.”

Several hours later, Johnson, 37, was put to death by lethal injection for killing a suburban St. Louis police officer in 2005. Johnson was 19 at the time of his arrest and would later testify at his trial that he was upset by the officer’s actions and believed they were a factor in his younger brother’s death.

Ramey’s age became a point of contention when Johnson prepared a list of witnesses to his execution and sought to include her. Missouri law requires witnesses to be at least 21, unlike most other states with no age requirement or a limit of at least 18.

The American Civil Liberties Union filed a lawsuit on her behalf last week arguing that the statute violated her constitutional rights. A federal judge ruled against her, and she realized she would not get to see her father take his final breath Tuesday evening.

That chance would have been a part of her grieving process, Ramey added, after she lost her mother when she was 4. She was a witness to the killing of her mother, Dana Ramey, who was shot by a former boyfriend in 2007.

“It was crazy how a 19-year-old can be sentenced to the death penalty,” she said, “but me at 19 can’t be with my father at his last moment.”

King posted a series of tweets on the day of the execution to highlight his story and how Black people like Johnson are reportedly overrepresented on death rows in the United States.

“I am forever grateful,” Ramey said of the legal teams who filed motions and supporters who signed petitions to try and stop the execution.

While she could not be inside the prison, Johnson’s witnesses included his spiritual adviser, the Rev. Darryl Gray. In a first for modern executions in the state, Gray was allowed to remain at Johnson’s side as he lay on the gurney in the death chamber.

Gray said they spoke for about 10 minutes. Johnson declined to give an official last statement but told Gray that he wanted people to know he was sorry.

“He said, ‘I’m sorry to the officer’s family and my family,'” Gray recalled. “He said he wanted to see his little brother. And he talked about purpose. He said he thought he knew what his purpose was.”

They read scripture together and spoke about dignity, Gray said. He continued to read the Bible and pray as Johnson was injected with pentobarbital.

“He died with dignity. He died peaceful,” Gray said, choking back tears. “He wasn’t angry.”

Gray, a civil rights activist in St. Louis, said he baptized Johnson in early November even as the death row inmate admitted that he was conflicted about religion.

As Johnson awaited his fate, he turned to Gray: “Kevin’s last words to me were, ‘Rev, I’m ready.'”

Johnson picked up writing while in prison and authored a book this year chronicling his struggles with mental health and his difficult adolescence.

In July 2005, Kirkwood, Missouri, Police Officer William McEntee and other officers were serving an arrest warrant for Johnson, who had been on probation for assaulting his girlfriend and was believed to have been in violation.

At the time, his 12-year-old brother, Joseph “Bam Bam” Long, suffered a seizure after he ran next door to his grandmother’s house. The child had a congenital heart defect and later died at the hospital. Johnson testified at his trial that McEntee pushed his mother when she arrived at the scene and that the officer’s actions angered him as he worried about his brother.

Johnson said he encountered McEntee, a 43-year-old husband and father of three, when he returned to the neighborhood that evening for an unrelated call about a fireworks disturbance. According to prosecutors, he shot McEntee multiple times and fled. He turned himself in three days later.

During an interview with the Riverfront Times last month, Johnson expressed no bitterness toward the officer and lay the blame on himself.

“I think as humans, we tend to shift the blame,” he told the newspaper. “I don’t think [McEntee] did anything that was wrong that day that I can even blame him for.”

An effort to halt the execution had been building in recent months when a special prosecutor was appointed to look into claims that racial bias tainted the handling of Johnson’s case before it went to trial.

Special prosecutor Edward Keenan had argued that the state’s case was rife with “racist prosecution techniques” that played into Johnson’s conviction and death sentence. The Missouri Supreme Court, in a 5-2 vote Monday, rejected a request to stay his execution. Hours earlier, Missouri Gov. Mike Parson also said he would not grant clemency for Johnson.

After the execution, McEntee’s widow spoke to reporters to describe the pain endured by her family, particularly her children.

“They didn’t have a chance to say goodbye,” Mary McEntee said. “It took 17 years of grieving and pushing forward to get to this point today.”

While Gray said there is no excuse for taking a life, he’s unconvinced executing Johnson was the only answer.

“I didn’t know what to expect when I first met Kevin, but he was this humble guy,” Gray said. “And he loved his daughter, and even though he was in prison, he was doing everything he could to make sure she was doing right. He was more of a father in prison than other men are on the outside.”

Ramey now works as a nursing assistant in the St. Louis area. In the coming days, she is planning a private gathering and a public funeral for her father with the help of a GoFundMe organized by the nonprofit group Missourians for Alternatives to the Death Penalty.

On Thursday, she had shirts made with an image of Johnson, head bowed with prayer hands, and “My Daddy’s Keeper” written on the back.

As her father, just before his death, spoke about his purpose, Ramey said she has found hers — as an advocate against capital punishment.

“The justice system failed me,” she said. “I want to see the death penalty abolished today.”

Singer Bella Shmurda causes a massive stir as he rocks a...