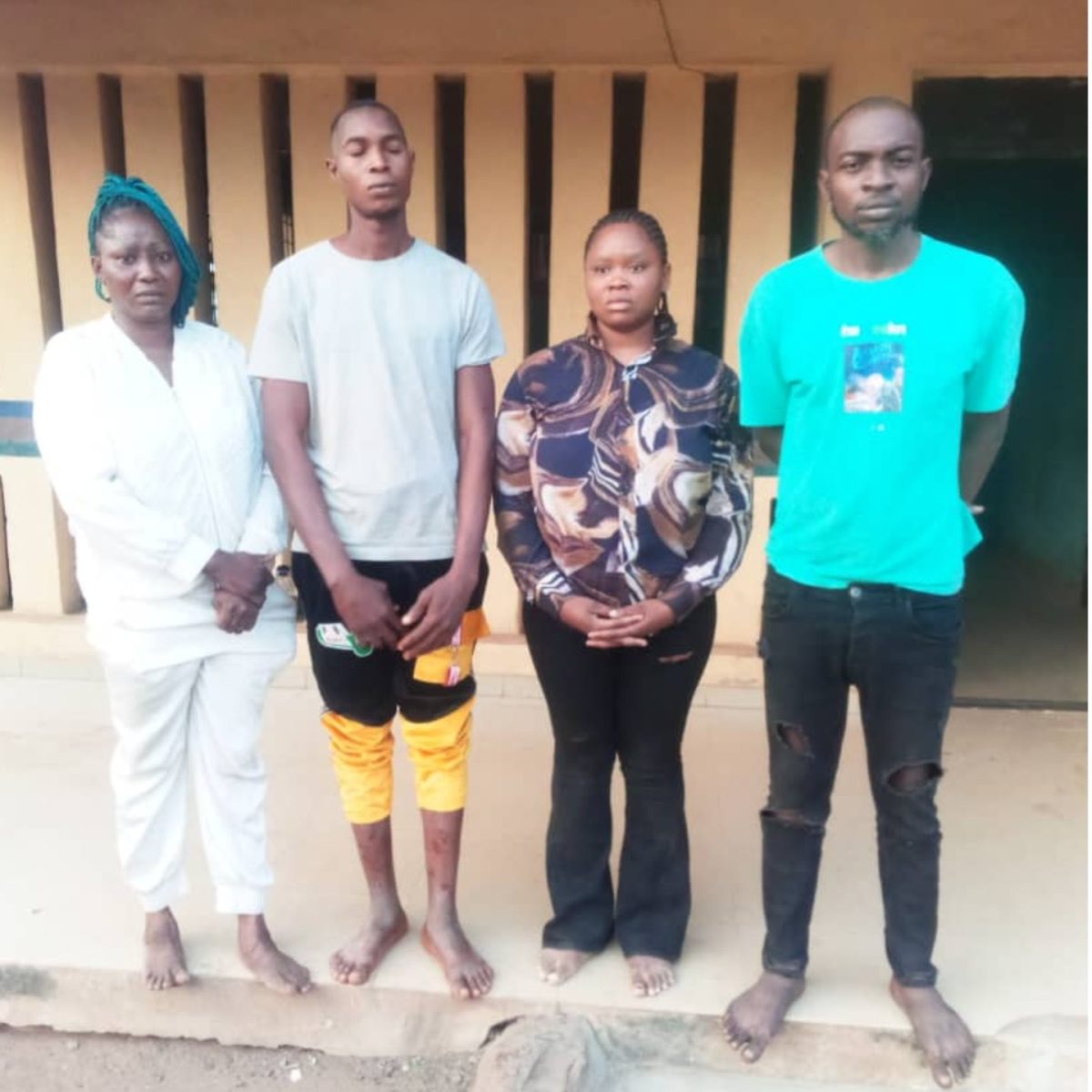 Two suspected internet fraudsters, popularly known as Yahoo boys, and two of their female colleagues have allegedly abducted another colleague over the sharing of the proceeds of fraud.

The suspects were on Monday arrested by men of the Ogun State Police Command, Newspot reports.

The police had learnt that one Haruna Usman, who was abducted since December 22 was being held hostage somewhere in Orile Imo.

Upon the information, the DPO of Owode Egba division, CSP Popoola Olasunkanmi, had quickly mobilised his men to the area, where the four “abductors” were apprehended as two others escaped.

Preliminary investigation, Oyeyemi said, revealed that the victim and the suspects were all members of an internet fraudster syndicate.

It was learnt that they had recently swindled an unknown person to the tune of N26.4 million, “but the victim only gave the sum of N2,200 to his other colleagues, claiming that the money has not been paid completely by their client.”

According to Oyeyemi, this act infuriated his colleagues, who lured him to a herbalist at Orile Imo and held him hostage there since a week ago.

They had threatened to kill him there should he refuse to give them their complete share of the fraud proceed.

Meanwhile, the Commissioner of Police, Lanre Bankole, has directed that the suspects be transferred to the Anti-kidnapping unit of the State CIID for further investigation and possible prosecution.