Home Entertainment Singer, Bella Shmurda opens up on impregnating his girlfriend when he was...
Facebook
Twitter
WhatsApp
Telegram
Email 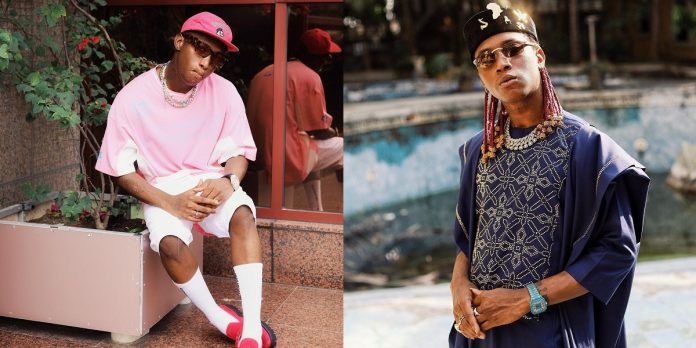 Popular Nigerian singer, Bella Shmurda has recounted how he got his girlfriend, Omotena, pregnant during his struggling days.

Bella relayed the incident during a chat with media personality, Taymesan, on his podcast show ‘Tea with Taymesan’.

He said he was squatting at his friend’s house, and struggling for survival when his girlfriend told him about the pregnancy.

According to the ‘Cash App’ singer, he was involved in internet fraud at the time, and even borrowed some money from his friend to buy a laptop for it.

However, he was very unfortunate and didn’t make a single dime from online scam for six months after acquiring a laptop.

He said he was very frustrated and felt God was using the challenge to tell him to quit fraud and focus on his music career.

When asked about the pregnancy and the child, Bella Shmurda jokingly snubbed the question.

Watch the interview below,

A while back, Bella Shmurda issued a stern warning to anyone who intends to offend him now or in the future.

The ‘Cash App’ singer in a post shared on Snapchat stated that he does not believe in forgiving people and would always strike back when someone wrongs him regardless of how long it takes.