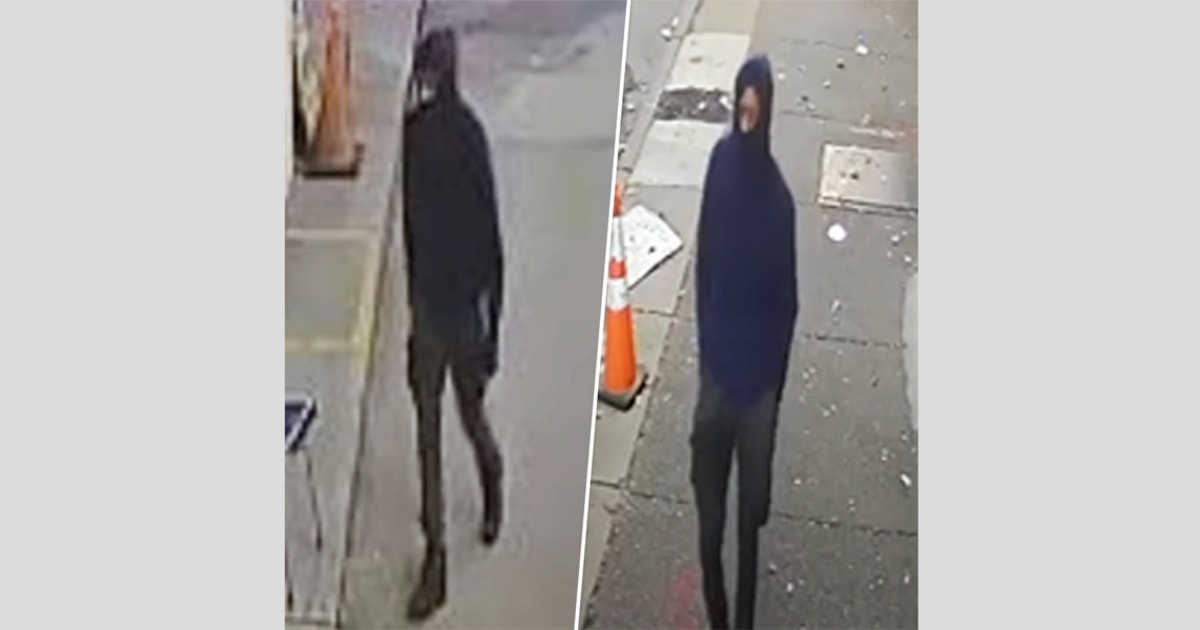 The two victims survived. In both cases, the shooter appeared to aim for the head, according to police and security video.

The video, edited by the Philadelphia Police Department and released Friday, shows a man in both attacks wearing nearly identical clothing: a blue hoodie; gray pants with distinctive, expanded cargo pockets; hiking or military style boots; dark gloves; and a face covering, including a possible mask, ski mask, or hoodie closed around tight.

The shooter in the Philadelphia attack the afternoon of Nov. 25 used a silver revolver, police said.

He walked up to a uniformed Philadelphia Parking Authority officer working beneath elevated transit tracks and opened fire from behind at close range, according to police statements and the edited video.

The victim, identified by city parking authorities as Timothy McKenzie, 37, sustained injuries on his ear and a shoulder, police said.

McKenzie, who had been issuing citations on the block where he was shot, was hospitalized in critical condition but has been stabilized, police said.

“While Tim continues to improve as each day passes, we must do our part to assist law enforcement in apprehending the criminal who was intent on killing one of our enforcement officers,” Philadelphia Parking Authority Chair Beth Grossman said in a statement Wednesday.

Investigators believe the shooter arrived by car and then walked up to the victim to carry out the attack with a single shot before fleeing, according to NBC Philadelphia.

On Nov. 22, a man in similar clothing walked up to the cashier’s secure window at a Sunoco station in the New York borough of the Bronx, motioned to purchase gas and then fired twice without saying a word when the employee opened the door, according to the New York Police Department and NBC New York.

The gas station employee, identified by coworkers as Zulfigar Alvi, was shot in the left side of his head, where a bullet or fragment remained, the station reported. Alvi was intubated but was otherwise recovering, according to the station.

A possible connection between the attacks approximately 100 miles apart “has been made based on the similarities of the physical characteristics and clothing of the individual being sought, as well as the circumstances surrounding both shootings,” New York police said in a statement Friday.

In the Philadelphia attack, rewards for information leading to an arrest and conviction amounted to $20,000.