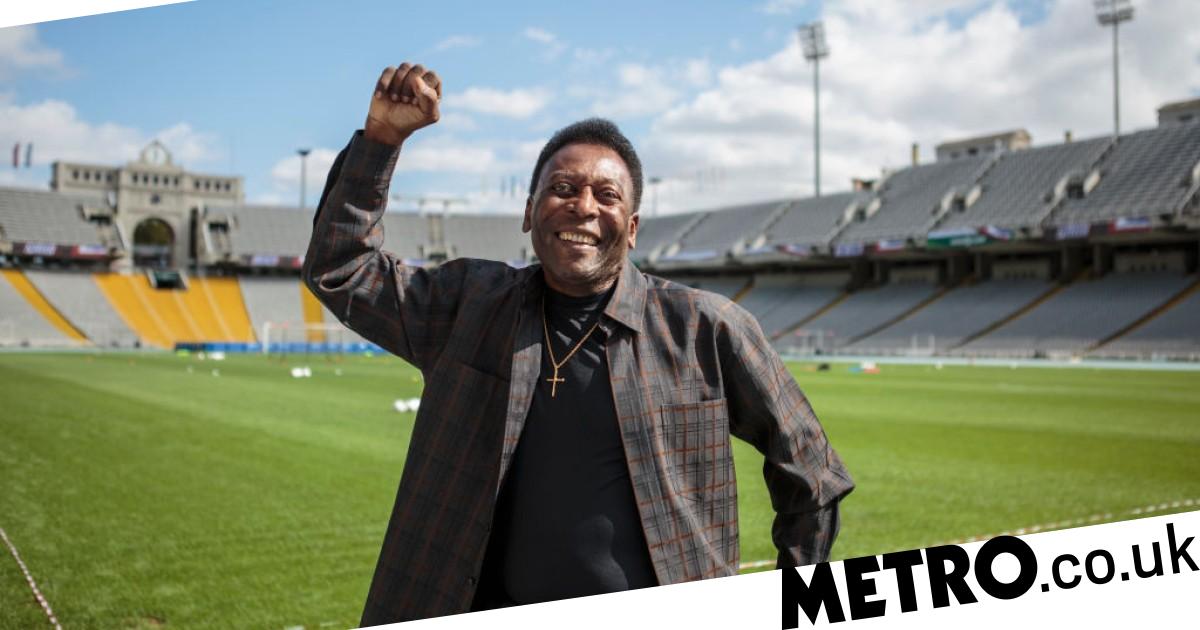 Brazil legend Pele shared a message on Instagram declaring he is feeling ‘strong’ following reports he had been moved to palliative care.

Reports in Brazil on Saturday night claimed the 82-year-old’s chemotherapy has been suspended and he is now undergoing measures aimed at relieving pain and a shortness of breath.

Pele has been receiving treatment for colon cancer, having undergone surgery to remove a tumour in September 2021.

‘My friends, I want to keep everyone calm and positive,’ he said in a statement on Instagram.

‘I’m strong, with a lot of hope and I follow my treatment as usual. I want to thank the entire medical and nursing team for all the care I have received.

‘I have a lot of faith in God and every message of love I receive from you all over the world keeps me full of energy. And watching Brazil in the World Cup too! Thank you so much for everything.’

It followed a statement from the Hospital Israelita Albert Einstein on Saturday, which said Pele ‘had a good response to treatment for respiratory infection care’.

‘It added he was undergoing a ‘reassessment of chemotherapy treatment’.

There has been an outpouring of concern for the football legend’s health following this week’s developments with England captain Harry Kane among those sending its best wishes to the Brazilian and his family.

He said: ‘He is an inspiration among our game. He’s an incredible footballer, incredible person. We are very sad to hear news of him being ill but we wish him well, not just me but the whole England set-up.’

France and Paris Saint-Germain star also shared his support with a message ‘Pray for the King’ on Twitter.

Pele, full name Edson Arantes do Nascimento, made his club debut for Santos at the age of 15, scoring 643 goals in 659 appearances during a golden era for the club.

An international level, Pele was an iconic figure of the game in the 1950s and 1960s and remains the only player to have won three World Cups, scoring 77 goals in 91 appearances for the national team.

His record of 1279 goals in 1363 appearances in all games including friendlies is recognised as a Guinness World Record.

“My employees and I have PVCs, what’s your excuse?” – Bobrisky...

“My employees and I have PVCs, what’s your excuse?” – Bobrisky...