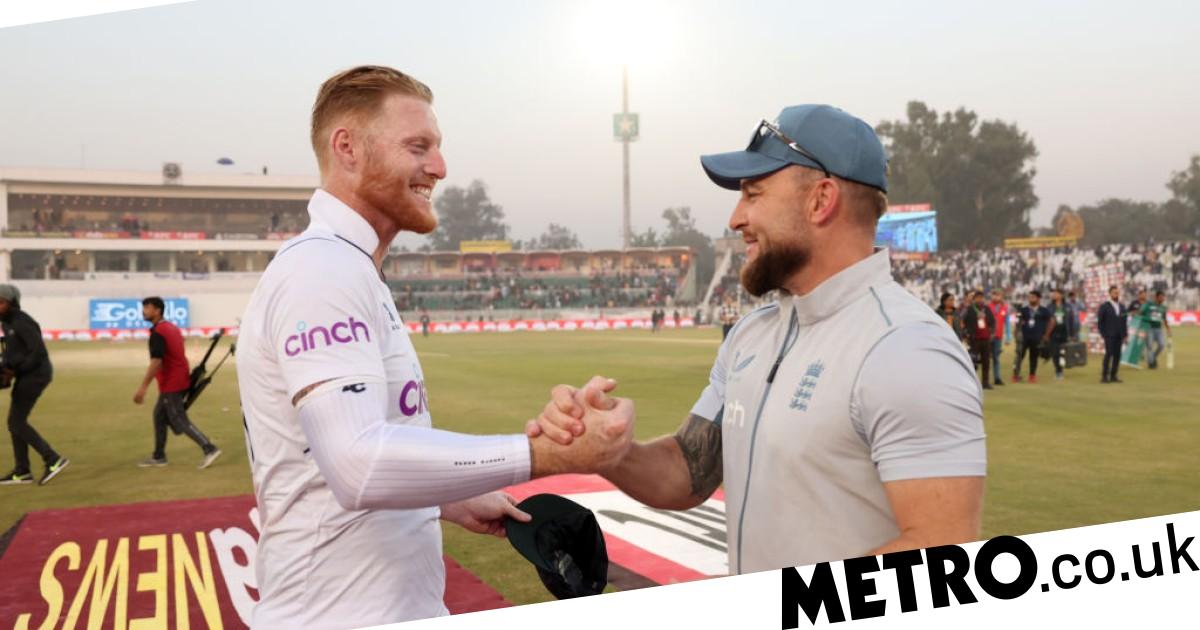 Forget whether this was one of England’s greatest ever Test wins, which it was, and realise instead that it was the greatest expression yet of Bazball – which is remarkable given the extraordinary results that phenomenon has yielded in its spirited dismantling of Test match orthodoxy.

To win in Pakistan as a visiting team is fiendishly difficult, the ultra-benign pitches and an opponent who knows how to use them make it so. In 61 years, England have won just three Tests there, including today’s victory by 74 runs in Rawalpindi. Unsurprisingly, something that scarce is rightfully prized, hence the superlatives emanating from every quarter.

What made this triumph stand prouder is that its conception and execution were more audacious than anything attempted by an England team previously. From the galloping scoring-rate; to the attacking bowling and field settings; to the bold declaration which gave Pakistan (who’d made little running in the match) the chance of snatching a win; the intention was to bat for two days and field for three.

It was the ultimate expression of risk and reward and for that Ben Stokes, the captain, must take the bulk of the plaudits. Indeed, Nasser Hussain, who captained England from 1999-2003, went as far as to say it was ‘the greatest bit of England captaincy he’d ever seen’. It was certainly daring.

Although risking defeat to win was commonplace in county cricket during the three-day era 25-plus years ago (there being no points for draws), few Test captains ever contemplate declaring except from an impregnable position. It is rare and in 145 years only 13 have done so and lost, one of them Hansie Cronje after he’d been nobbled by match-fixers.

Stokes set Pakistan 342 to get in the final four sessions of play, which may not seem overly generous until you factor in that the pitch was wearing better than a marble floor and 1,500 runs had already been scored in 292.2 overs (a collective run-rate of 5.1 runs an over). Offering Pakistan the genuine chance of an undeserved win was the tempter needed if the match was not to end as a draw, a result this England team holds in contempt.

Judging the declaration wasn’t Stokes’s only masterstroke. From his bowling changes and funky field settings to his choice not to take the second new ball at the start of the final session (the old ball was offering reverse swing), his decisions had a Midas touch about them.

England’s bowling does not possess the same verve as its batting to expedite Bazball, so taking those ten second-innings wickets was always going to be tough on such a docile pitch. It was why Ollie Robinson, who took four of them, was made player of the match when seven batters made hundreds.

Robinson’s three-wicket strike either side of tea, including the well-established Saud Shakeel and Azhar Ali, brought England belief. A tall bowler whose strengths are accuracy and seam movement, Robinson had to move away from all that and work wickets in unfamiliar ways. So we had Azhar caught at leg-slip and Shakeel falling to a brilliant catch by Keaton Jennings at silly mid-on, a position I doubt Robinson has utilised since his schooldays.

Brilliantly supported by Stokes and James Anderson, who both put in stoic efforts on an unyielding surface, they made for an odd trio comprising a 40-year old, an all-rounder with a chronic knee problem, and someone deemed unfit for purpose just seven months ago. With a great deal of skill and grit they got the job done taking nine of the wickets to fall, left-arm spinner Jack Leach weighing in with the tenth.

People may be surprised that spin didn’t play more of a role, it being Asia where the ball usually turns and the match going the distance. But drill down into the data and you’ll discover that Pakistan is the least helpful of all countries to spinners in the fourth innings of Tests, their average runs per wicket being higher there than anywhere else.

The intense drama of the final day, especially the last session where light was closing in as Leach took the last wicket (there was probably 15 minutes of play left), was everything that Stokes and Brendon McCullum, the team’s head coach, are trying to achieve with Bazball. To them, enthralling a crowd, whether live or on TV, is what sport is all about.

Not that any of it would have happened had England’s batters not scored so quickly and so heavily earlier in the match. They made 921 runs across two innings at a run-rate of almost seven runs an over, which is gob-smacking. Yes the pitch was flat and yes the outfield was quick but even so, that is batting on steroids in 50-over cricket let alone Tests.

Amid the carnage Harry Brook, in only his second Test, stood out after making 153 in the first innings and 87 in the second, both at a strike-rate around 132. He played a few hacks in that second innings when England were looking to declare, but otherwise he dealt mostly in proper shots, cleanly struck. If he can adjust his game when the ball is nipping around, and as a Yorkshireman used to Headingley he should be able to, he could have a long and storied career.

With seven wins from eight Tests Bazball is proving as successful as it is seductive. Their commitment to the cause is likely to be tested when there is a chance of England qualifying for the World Test Championship (WTC) final.  Although that cannot happen this cycle, a bigger prize will hove into view. Then, some caginess, even a draw or two, may be required.

So far Stokes has been unrepentant about compromising the brand but he is a pragmatist, as he has shown when guiding England to various white ball trophies. So while Bazball is here to stay, I’ll be surprised if it doesn’t get tweaked to achieve yet greater glories than this most daring win in Pakistan.