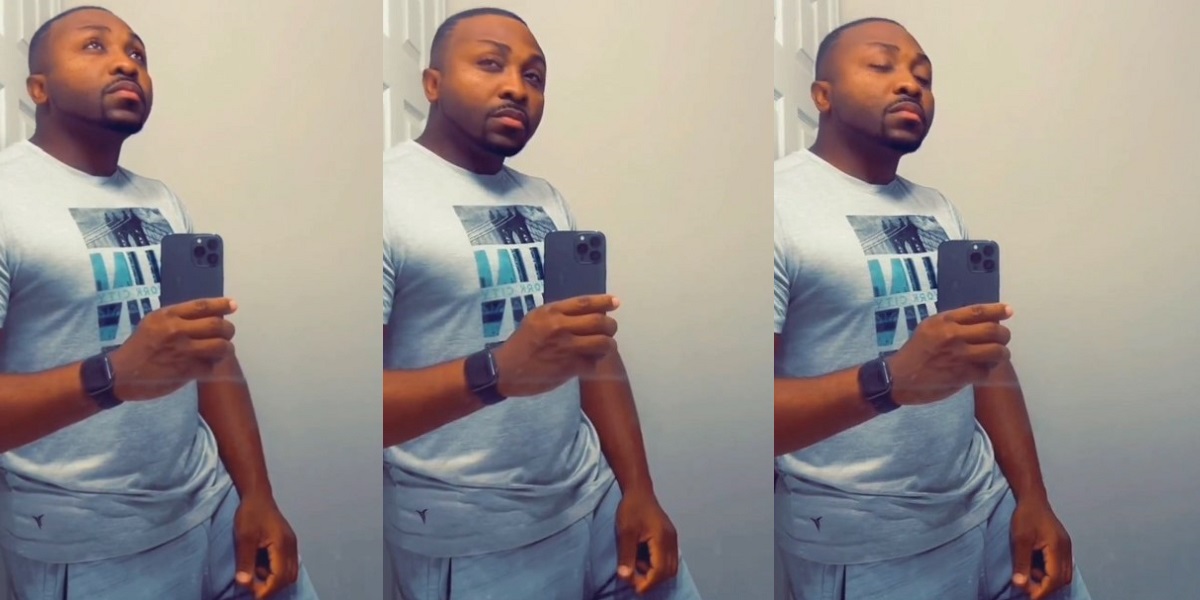 A young Nigerian man, identified simply as Ayo, has disclosed that he caught his wife cheating few days after their wedding.

In a video shared via his TikTok page, Ayo said he caught his wife in bed with another man just four days after they tied the knot.

The young man, who looked sad and forlorn in the video, wrote in the caption,

“We got married four days ago. Today I caught her in bed with another man”

Watch the video below,

In other news, a young Nigerian man has been left completely heartbroken after catching his girlfriend cheating.

The heartbroken man, identified as @drpenking on Twitter, said he caught the girlfriend in bed with his friend.

It appears she was having an affair with his friend while in a relationship with him, and he only just found out when he caught them together.

Meanwhile, the doctor had taken to Twitter a few months ago to praise the girlfriend and how he doesn’t deserve her after she surprised him with a gift after he finished his housemanship.

“I completed my housemanship today and I received a surprise call and the surprise gift. I legit shed tears today. 😭 I don’t deserve this woman. 😭😭. Off to the next level in the profession. Closer than ever to Japa.” He wrote.