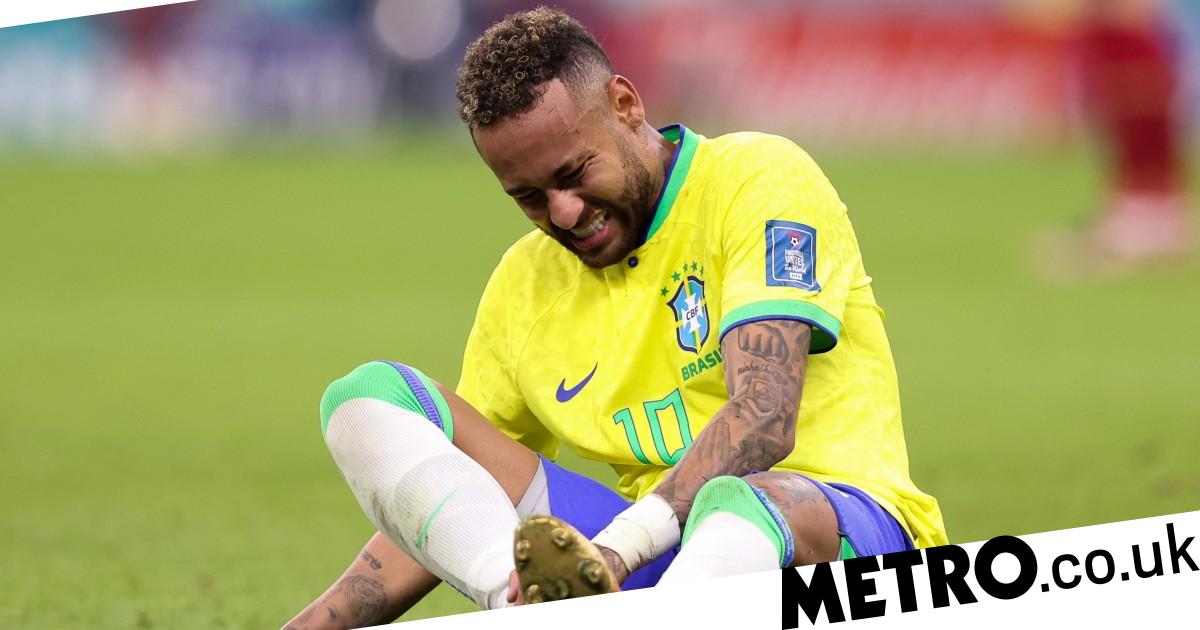 Neymar will be fit for the World Cup final, should Brazil get there, believes his father as he gives an update on his son’s ankle injury.

The Paris Saint-Germain forward was taken off during Brazil’s opening game win over Serbia with an ankle problem which is serious enough to put his entire World Cup in jeopardy.

There had been fears that the 30-year-old is going to be out of action for the rest of the event, but his father reckons he will be back for the final on 18 December, if Brazil are in it.

‘The most important thing is he can come back to the field and be at his best. When he was injured before and he came back again he was at his best. He will do his best,’ Neymar Santos Sr told talkSPORT.

‘As the father it’s not common to talk and suspect as he loves his son, it’s complicated to talk about Neymar.

‘But everyone knows Neymar is very important, a great influence on the field and all his colleagues, when Neymar is on the field it’s totally different because he’s No.1. We know Neymar’s importance to the group.

‘I believe Neymar will be in the field again in the final match and he’ll do the best to win the World Cup together with his colleagues in the Brazilian team.

‘He’ll do the best to help them and together win the competition.’

It would be a remarkable thing for Neymar to miss five games on the spin and then return for the World Cup final with Brazil, and there would obviously be no guarantee that he would go straight back into the starting XI.

Brazil have an awful lot to do to get to the final without Neymar, as they still have a final group stage match against Cameroon to come, followed by the knockout stages.