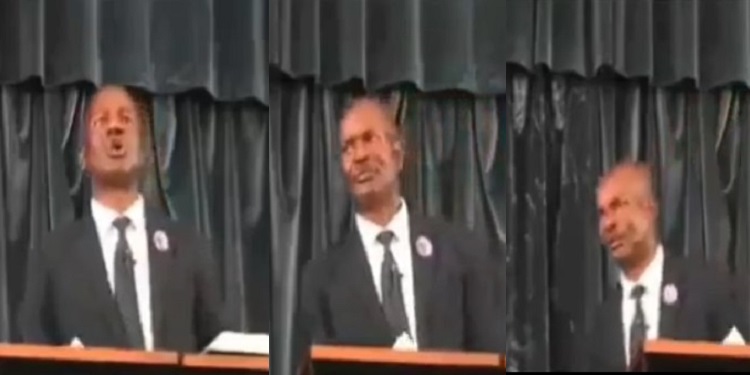 The incident is reported to have occurred at the church located two streets from Noord Taxi Rank on Saturday afternoon, November 26, 2022.

According to Harare Live, the six gunmen disguised themselves as visitors and as the service began, they drew their weapons and ordered the pastor and the entire congregation to sit down.

The visibly shaken pastor complied with the robbers as the church camera captured the incident. The robbers were said to have carted away phones, wallets, and tithe money.

In other news, new photos of Pastor Biodun Fatoyinbo, the lead Pastor of Commonwealth of Zion Assembly popularly known as COZA have left people seriously concerned about his health.

It is rumored that the clergyman has been rarely seen in public and the photos shared by COZA shows him having a rather weary look.

Fatoyinbo, his wife Modele, and other members of the church were pictured at Old Trafford, Manchester England.

People have inquired about Fatoyinbo’s health and some have offered prayers to God for him to be healed.