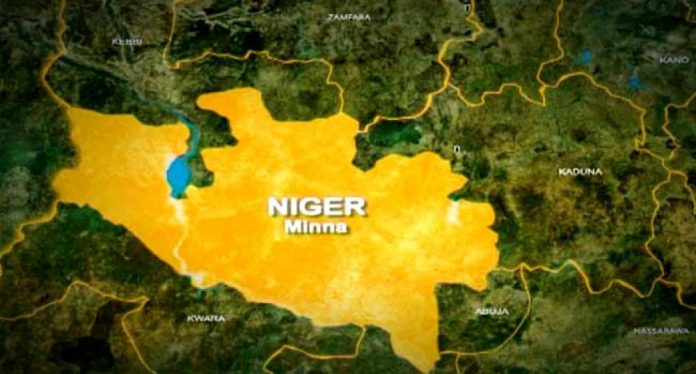 Explosions on Tuesday allegedly killed scores of persons at Galkogo community, in the Shiroro Local Government Area of Niger State.

It was gathered that  there were two accounts on the circumstances surrounding the explosions that created tension in the community.

A resident, Tanko Erena, while speaking with our correspondent, said the explosions were caused by air strikes from officials of the Nigeria Air Force, adding that the explosions occurred when men of the Joint Security Task Force were patrolling the area.

He said, “I believe the occupants of the fighter jet thought that the JTF members were bandits because there is really no reason to justify bombing them like that.

“I can’t tell you how many bodies were removed from where the incident occurred but I saw two vehicles that carried bodies from the scene.”

However, an online newspaper, Saharareporters, claimed that the explosions were caused by dynamites thrown by terrorists.

In the report, the online newspaper, while referencing a post made by a security analyst on Twitter, said residents in the community were sending Save our Soul messages after the incident.

Using the handle, secmxx, the security expert wrote, “Residents of Galadiman Kogo area close to the Shiroro dam in Niger State are sending multiple messages over a series of explosions in the area, there are unconfirmed reports of casualties. The identities of the culprits are still sketchy.”

Calls to the state Commissioner for Internal Security and Humanitarian Affairs, Emmanuel Umar, and the state Police Public Relations Officer, DSP Wasiu Abiodun, were not answered.

Also, calls made to the spokesman for the NAF, Air Commodore, Wap Maigida, were not answered as of the time of filing this report.

Woman finds her lookalike on Instagram, gruesomely k!lls her to fake own death

Woman finds her lookalike on Instagram, gruesomely k!lls her to fake...

Woman finds her lookalike on Instagram, gruesomely k!lls her to fake...