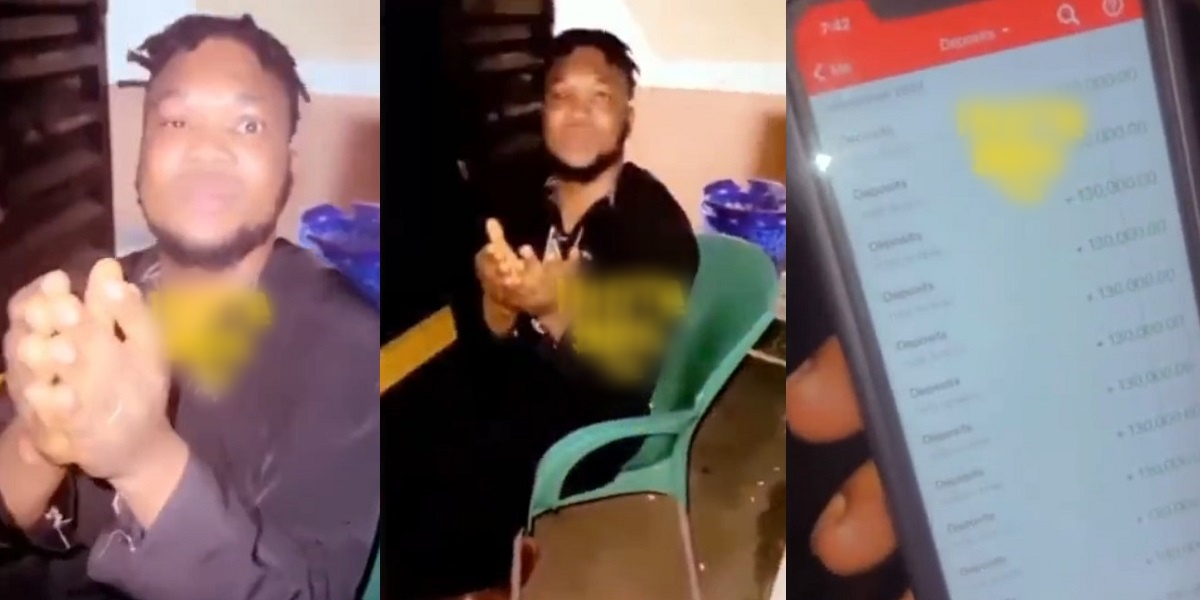 A young man has been nabbed for stealing N6.6 million from his friend’s bank account and using it to bet in the Badagry area of Lagos.

A video that captures the moment the culprit was confronted by his friends for committing the dastardly act has been shared online, stirring mixed reactions.

It was learnt that the victim gave his friend his ATM card to get food for him, however, he absconded with the card and linked it to a sport betting app.

Unfortunately for him, he was tracked down to Badagry, Lagos state, where he was arrested and disgraced for alleged theft.

Watch a video of the moment he was caught below,

In other news, a Nigerian businesswoman has narrated how a man stole a piece of jewelry worth N920,000 from a dispatch rider she sent to deliver the item.

The jeweler, identified as Hollyghost Nicki, took to her Instagram page to call out the alleged thief and shared a CCTV footage that captures the whole incident.

According to her, the young man ordered for a Moissanite diamond necklace and pendant, and requested for payment on delivery which is against her company policy, but she obliged and sent a dispatch rider to deliver the jewelry.

However, the young man played a smart move on the dispatch rider and absconded with the jewelry which costs N920k. Following the unpleasant experience, the vendor vowed not to do payment on delivery again.