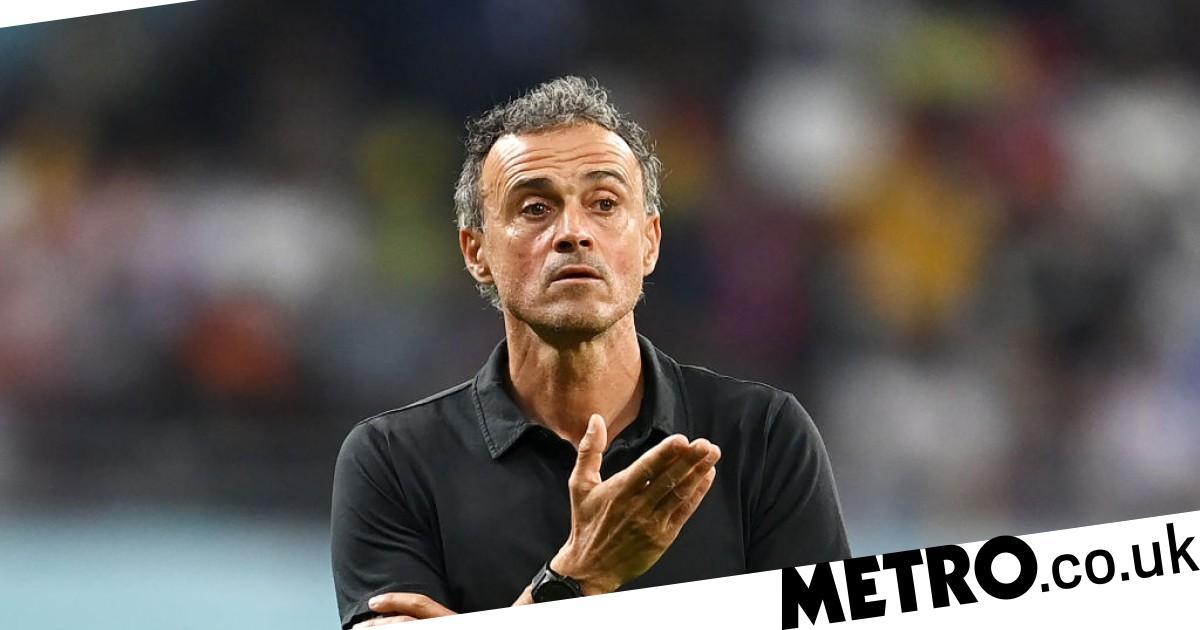 Spain manager Luis Enrique insists he has ‘nothing to celebrate’ after his side scraped into the knockout stages of the World Cup.

La Roja suffered a 2-1 defeat to Japan despite taking the lead in the first-half and at one moment, were facing a shock elimination from the competition.

Costa Rica briefly took the lead over Germany in Group E’s other game which would have seen both European giants dumped out of the competition. Germany fought back to win the game 4-2, but were still eliminated from the competition thanks to Japan’s victory.

Japan topped the group with six points with both Spain and Germany finishing on four with the former progressing thanks to their far superior goal difference.

‘I wanted to be first and win. Japan has surpassed us. We had started well, scoring and without suffering dangerous situations.

‘At halftime we had already said to be careful with Japan and look, as soon as we started we went into collapse mode. I have nothing to celebrate, I’m not happy at all.’

Japan’s second goal was highly contentious with replays initially suggesting the ball had gone out of play before Kaoru Mitoma managed to cut back his cross for Ao Tanaka to bundle home from close range.

A lengthy VAR check concluded the whole of the had not crossed the line.

Enrique explained he had seen an image of the goal after the full-time whistle but concluded it could not have been real, such was his surprise.

‘I have seen a photo that must be faked, it cannot be that this photo is real. It has to be manipulated,’ he said.

Spain will take on Morocco in their last 16 clash with goal scorer Morata insisting Spain simply cannot turn in such another sub-par performance.

‘This is a World Cup, a game like this shouldn’t happen to us again,’ the former Chelsea star said.

‘But we have to keep thinking positively and sit down together. Morocco also have a good team, that’s what we have to focus on now.’