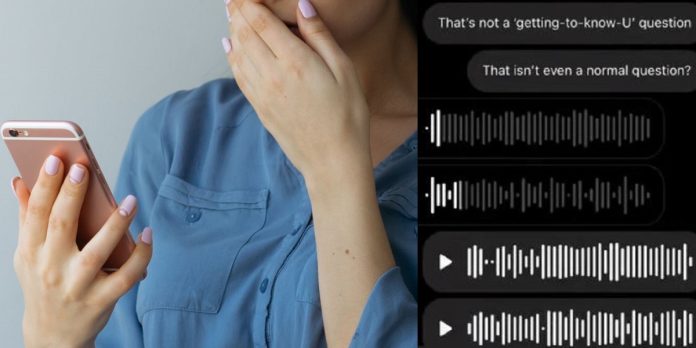 A Nigerian lady has taken to social media to share a conversation she had with a man she just met.

The lady, identified on Twitter as @Cheche, revealed she had just met the man three days earlier and shared the shocking question he asked her as they got to know each other.

In the chat, the man asked her to tell him about herself, and in response, she told him to ask specific questions that she would provide answers to.

Startled, the lady asked why he thought it was appropriate to ask her about her menstrual cycle despite just meeting her.

“Who asked someone you barely know about their menstrual cycle just like that ?”, she said.

When she expressed her shock, the men sent her a voicenote explaining that she shouldn’t take his harmless question so seriously.

According to him, he should be allowed to ask her any kind of question in the process of getting to know her. 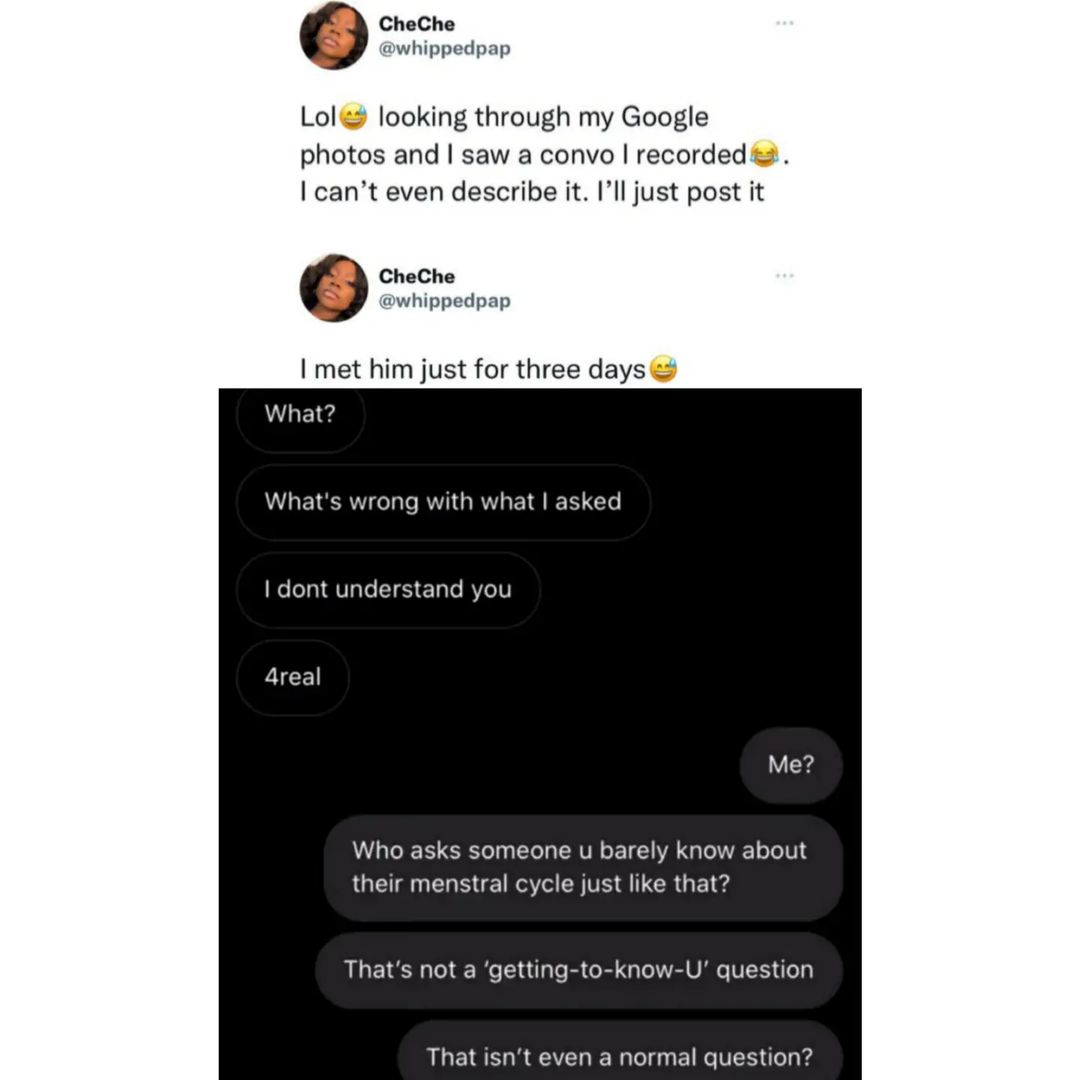 Listen to the audio recordings below,

In other news, popular Nollywood actor, Charles Okocha otherwise known as Igwe Tupac, has revealed why he’s yet to get married.

Speaking in an interview with Punch, the father of two said he’s yet to settle down because he is taking his time to find the right woman.

According to him, he is focused on taking care of his two children for now until he finds a worthy woman who can take care of them. Read here.