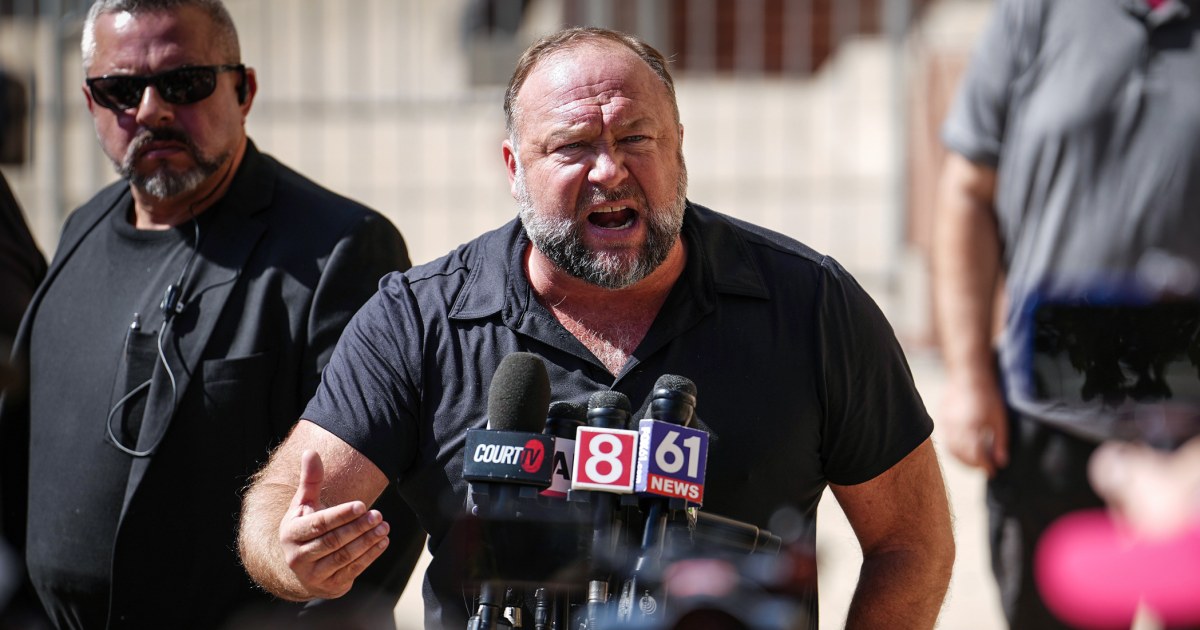 Conspiracy theorist Alex Jones, on the hook for more than $1 billion because of lies he spread about the 2012 Sandy Hook massacre, has filed for bankruptcy, court documents showed Friday.

In seeking Chapter 11 protection, the Infowars host filed boilerplate bankruptcy documents in Texas, claiming he was worth $1 million to $10 million and had debts of $1 billion to $10 billion.

The filing comes weeks after a Connecticut jury ordered him to pay $965 million to the families of eight Sandy Hook Elementary School shooting victims and an FBI agent who responded to the attack for the suffering he caused them by spreading lies on his platforms about the mass shooting.

Chris Mattei, an attorney for Sandy Hook families in that Connecticut lawsuit, said Jones will not escape monetary judgment.

“Like every other cowardly move Alex Jones has made, this bankruptcy will not work,” Mattei said in a statement.

“The bankruptcy system does not protect anyone who engages in intentional and egregious attacks on others, as Mr. Jones did. The American judicial system will hold Alex Jones accountable, and we will never stop working to enforce the jury’s verdict.”

This is a developing story. Please check back for updates.

2023: Police vows to fish out attackers of APGA guber candidate in Ebonyi