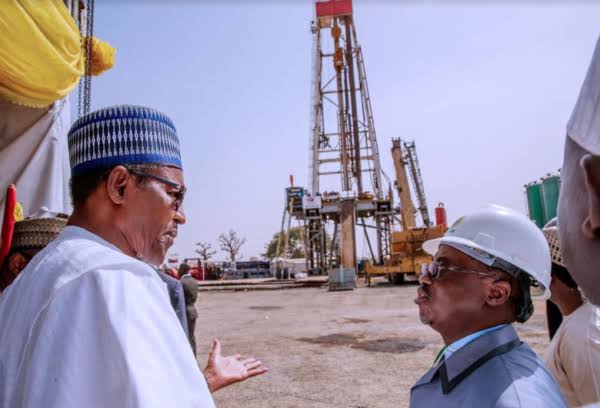 By FEMI ADESINA
It was one small step for man, but one giant leap for mankind, for the whole country, as President Muhammadu Buhari on Tuesday, November 22, 2022, flagged off the Kolmani oil development project in a location that straddles both Bauchi and Gombe States.

It was like Neil Armstrong landing on the moon, a first for mankind, as the President inaugurated a milestone in the country’s annals of promoting industrialization, balanced economic growth and prosperity for the citizens.

After an initial 50 years of unsuccessful exploration in the country, oil had first been discovered in Oloibiri, in current Bayelsa State on January 15, 1956. It was the beginning of beginnings for Nigeria, but it was also the beginning of the end in some ways. 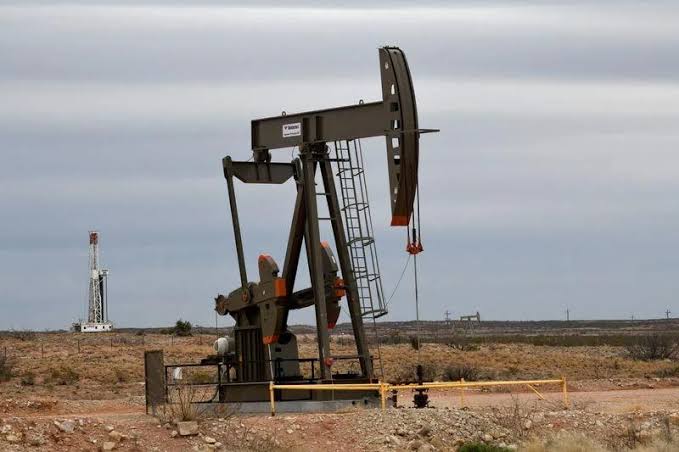 It was the beginning of petrodollars for the country, something to leapfrog us into prosperity and development. It was also the end of agriculture, which was until then the mainstay of our economy. It was the beginning of oil boom era, it also signposted oil doom, what some people have called the oil curse. Environmental degradation. Community restiveness. Feelings of cheating by oil bearing communities, and agitations for fairness and equity. ‘The oil is our own. It is in the belly of our soil, in our waters, why should proceeds from it be used to develop other parts of the country, while we suffer? We must control our resource.’

But God is God of balance and equity. While the South (South-south particularly) had oil, the North was the country’s food basket. When push came to shove, they often told the South to drink their oil, while they would keep their food supplies. But God, in His infallible judgment had created us, and made us to be dependent on one another. 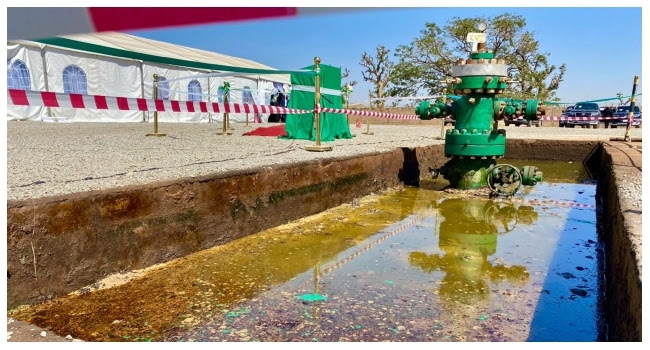 The search for oil in the North has been a long-drawn, expensive venture. It had seemed it would never happen, till it happened in Muhammadu Buhari’s time. The footprints of this unique leader will ever be indelible in the country. Talk of roads and bridges. Buhari. Airports. Buhari. Reforms of the oil and gas industry. Buhari. Diversification of the country’s economy. Buhari. Rail revolution. Rice revolution. Buhari. Oil in commercial quantity in the North. Buhari. And many other salutary things. Surely, we will never forget this President. For good reasons.

It is possible to focus and dwell on all the negative and divisive things about this oil find and exploration. Oh, Bauchi and Gombe States will now be at each other’s throats. Degradation of the environment. Death knell for agriculture, which is the occupation of the people. Community agitations, boundary clashes. And so on.

But significantly, in all his interventions on oil exploration in the North, not a parochial word has come from the President. He sees and talks Nigeria. In 2019, while inaugurating the Kolmani drilling site, he had said: “Today’s event is not only a success story, but a landmark of promise kept to the Nigerian people.” Not to Bauchi or Gombe people. Not people of the North. But to Nigerian people. This President always thinks Nigeria, no matter what those who don’t know him always say. We work with him, we know his thoughts, not of evil, but of good, to bring us to an expected end. Bravo, Mr President.

But ethnic jingoists can try and say all they would. Fila ma wobe ni a de. Our caps are not tilted in their direction. Rather, we laugh. Imagine these postings on social media these past few days.

One Mr Oparaocha posted on Instagram: “I strongly have a feeling that this oil was stolen from the Niger Delta region, and was stored in the North just to create an illusion that the North too has crude oil.” How ethnocentric, ridiculous.

And then, this, from one Camir Ajems: “There’s no oil in the North. These Fulani people are very dishonest, they have connected pipelines to Bauchi from the South. This must be intensely traced and investigated by patriotic Nigerians from the South. Very dishonest people.”

And one character that calls himself Hardnut Truth: “Some of the crude oil stealing pipes actually run to the North, feeding underground reservoirs. That’s what they are about to drill, the crude oil theft is in various forms.”

I laugh in Fulfude. How bilious, baleful, poisonous, can some people be? They are the enemies of our union, of our country, and, indeed, of mankind. But we ignore them, and move on in brotherhood, though tribe and tongues may differ.

I said at the beginning that we were not interested in the negative and divisive part of oil. We rather rejoice with our country, and align with President Buhari who describes the Kolmani development as important in the economic history of our nation, “as we move closer to production of Oil and Gas in the Upper Benue Trough, specifically, the Kolmani River Oil and Gas Field, straddling Bauchi and Gombe States.”

He added: “This is indeed significant considering that, efforts to find commercial oil and gas outside the established Niger Delta Basin was attempted for many years without the desired outcomes.

“However, the successful discovery of the Kolmani Oil and Gas field by NNPC and her partners has finally broken the jinx record by the confirmation of huge commercial deposits of hydrocarbons in Kolmani River field.

“We are pleased with the current discovery of over 1 billion barrels of oil reserves and 500 billion Cubic Feet of Gas within the Kolmani area and the huge potentials for more deposits as we intensify exploration efforts.

“It is good to note that the discovery has now attracted investment for an end-to-end integrated development and monetization of the hydrocarbon resources.

“It is therefore to the credit of this administration that at a time when there is near zero appetite for investment in fossil energy, coupled with the location challenges, we are able to attract investment of over USD 3 billion to this project.”

Did you hear that? Did you hear it? Over 3 billion US dollars investment attracted already. And we are just warming up, no matter what the traducers say.

I applaud everyone involved in this venture. President Buhari, who has left his name written in gold. The Governors and people of Bauchi and Gombe States. The Board and Management of NNPC Company Limited. Minister of State for Petroleum, Chief Timipre Sylva. Northern Nigeria Development Corporation. SEEPCO Limited, and many others.

Nigeria is on the move. Muhammadu Buhari has done his bit. As God gives grace, he will do his best till the last day, and land safely. “When I land I land softly on the sofa floor,” (apologies Kizz Daniel and Techno). We shall never forget the man Buhari for his love for God, and country.

*Adesina is Special Adviser to President Buhari on Media and Publicity