Home Entertainment “If you are so proud of your polygamy, how come it is...
Facebook
Twitter
WhatsApp
Telegram
Email 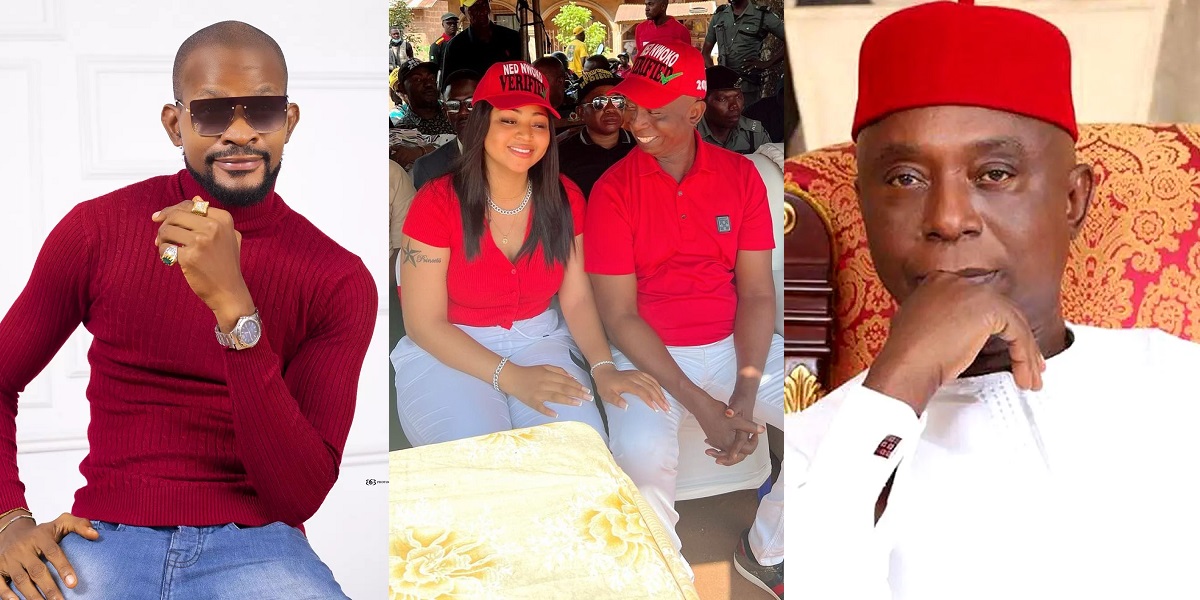 Ned Nwoko had in an interview with The Guardian, said he and the Ooni of Ife, who married multiple wives in quick succession, are serving Nigeria by taking many wives.

According to Ned who took popular actress, Regina Daniels, as his 5th wife in 2018, more Southern men should embrace polygamy like their Northern counterparts to curb the rate of prostitution among thier women.

“What some of our girls do to make ends meet is regrettable and if our men emulate their northern counterparts by having more than one wife, that could probably change the situation,” he said in part.

Reacting to Ned’s statement, Uche Maguawu, in a post shared via his Instagram page, lampooned him for pressuring Southern men to marry multiple wives.

He also asked Ned why he only takes Regina Daniels to political functions and campaigns instead of all his wives since he’s so proud of his polygamous family.

“Dear Oga Ned, if Polygamy works for you, fine, but stop disrespecting Southern #Christian men who choose to be Contented with ONE #wife according to their Christian faith with your ridiculous #Polygamy lecture. If you are so proud of your Polygamy, how come Na only Regina you allegedly carry go Campaign and not all your #beautiful IYAWOS together? Delta State youths need Employment and JOB creation, not Polygamy Lecture, in the past 4 years, what have you done about am, and how many youths you Don lift out of Poverty in Delta with your WEALTH?”