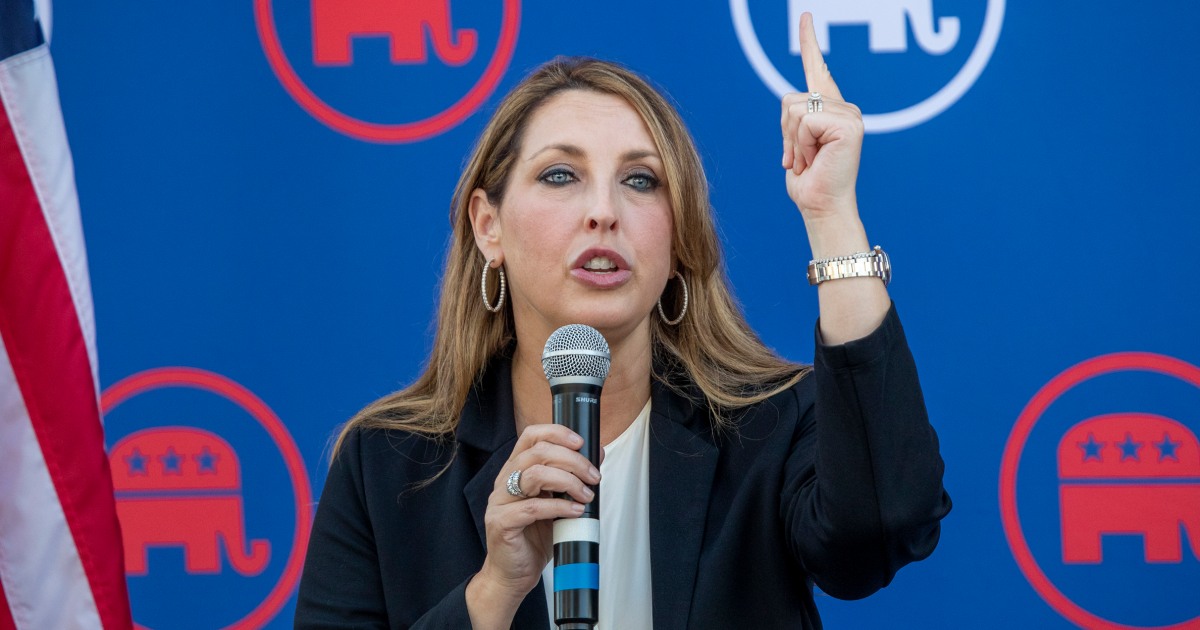 NEW YORK — A decade after its last election autopsy, the Republican National Committee is moving forward with a new post-election audit designed to examine the GOP’s underwhelming performance in the recent midterms and the party’s broader struggles in the years since former President Donald Trump took power.

The report, which will likely take several months to complete, is expected to explore internal concerns about candidate quality, the lack of a clear governing agenda and the party’s unwillingness to embrace early voting, among other issues. There is some disagreement about the exact focus and scope of the upcoming review, but committee members involved in the planning suggest it will not shy away from difficult topics — including Trump’s intense focus on conspiracy theories.

“We need to figure out what worked and what didn’t work in the ’22 cycle to make sure we put ourselves in the best position to win in ’24. I think there’s a lot to learn from,” said RNC committeeman Henry Barbour, of Mississippi, whom RNC Chair Ronna McDaniel tapped to co-chair the review.

The decision to entertain such an undertaking represents a rare moment of public introspection from a Republican Party that has defiantly resisted any and all calls to change course during the Trump era. Indeed, for the last six years, the GOP has been almost singularly focused on its devotion to Trump and his priorities, even as electoral losses mounted in 2018 and 2020. The party’s disappointing midterm results earlier in the month marked a breaking point of sorts for some committee members, who are now more open to change.

Ten years have passed since the RNC last commissioned a post-election audit. The “Growth and Opportunity Project” of 2013 ultimately called on Republicans to adopt a more inclusive and welcoming tone, while embracing a more forgiving position on immigration.

Trump embodied everything the report advocated against when he emerged in 2015. Yet his surprising White House victory convinced party leaders to ignore their own recommendations — at least for a time.

McDaniel is initiating the post-2022 review as she faces a serious reelection test of her own within the committee, which she has led since Trump took office in 2016. In a corresponding move designed to demonstrate her political strength, McDaniel on Tuesday also announced the creation of an informal advisory council made up of a collection of 2022 candidates — some successful and some not — and prominent Republican operatives, including former Trump counselor Kellyanne Conway.

The advisory council is not expected to have any bearing on the review, which follows pressure on McDaniel to acknowledge a problem within her party. Some RNC members were particularly concerned after she offered a rosy assessment of the GOP’s performance during a conference call the day after the midterms.

“I must say that your remarks on the call this afternoon were disappointing and showed incredible unwillingness to face the reality of what happened last evening. I’ve heard from many members today who feel the same and want a real, honest assessment of what happened,” RNC member Bill Palatucci, of New Jersey, wrote in a private email to McDaniel obtained by The Associated Press.

“We have to face the fact that most of our candidates and the party in general underperformed by any objective measure,” Palatucci continued. “I wish you well but being unwilling to address the reality of the situation does no one any good.”

Trump’s allies are expected to play an active role in the upcoming review.

McDaniel has tapped Harmeet Dhillon, a Trump attorney and committeewoman from California, to serve as the other co-chair. Former Trump campaign manager David Bossie, an RNC member from Maryland, is also likely to be involved.

Trump loyalists have played an increasingly large role within the RNC, which consists of elected officials from all 50 states and a central staff in Washington. Those openly critical of Trump have largely been forced out in recent years.

Now, McDaniel is tasked with maintaining unity within her party as a growing number of GOP leaders push back against Trump’s influence.

Several Republican presidential prospects are openly preparing to challenge Trump’s bid for the 2024 presidential nomination. In recent days, some of them, including former Vice President Mike Pence, have condemned Trump’s recent private meeting with white supremacist and antisemite Nick Fuentes.

Despite an apparent shift in the party, those working on the new review are acutely aware that their final report cannot alienate Trump or his base, viewed as a critical piece of the Republican coalition.

It is a delicate balance, especially as Democrats work to avoid such divisions of their own heading into the next presidential election.