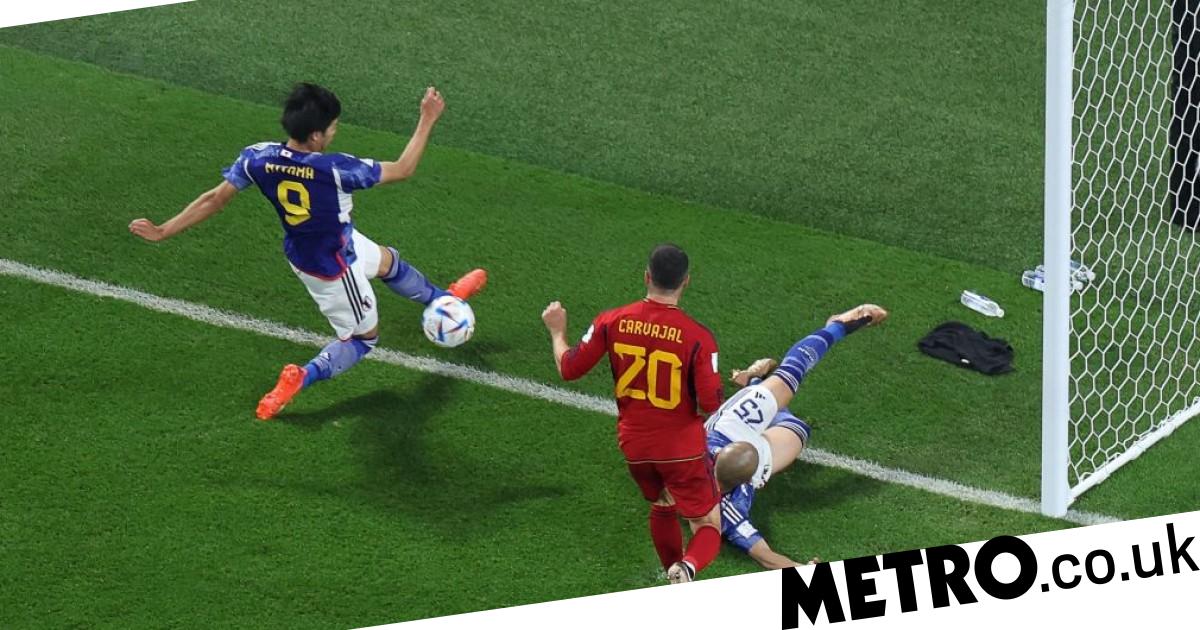 Gary Neville and Graeme Souness were left confused as to why a VAR decision was not made clear to viewers during Japan’s amazing win over Spain in Qatar.

Japan beat Spain 2-1 on Thursday night, with both teams qualifying for the knockout stage and Germany surprisingly falling at the group stage.

There was a controversial moment, though, when Kaoru Mitoma crossed to Ao Tanaka to score Japan’s second on 51 minutes.

It was initially ruled out by the referee as the ball appeared to cross the line and go out for a goal-kick, although VAR ruled that it had not gone out, with replays showing that it was a very close call.

It seemed that the curvature of the ball was probably still over the line, so it was likely the correct decision was made, but it was confusing for the pundits why the best angle was not shown to them or viewers around the world so that there was conclusive proof the ball had not gone out.

‘From the very first day of this tournament we haven’t been able to communicate on big decisions really clearly to fans at home and even to us, how these decisions are being overturned,’ Neville said on ITV.

‘There was a goal disallowed and VAR has seen something that we’ve not seen in this studio or around the world.

‘We can’t get an angle of what the VAR officials have seen.’

Souness added: ‘Every television studio, every pundit, everyone who’s got an itnerst in this World Cup will be wanting to see the picture.

‘It looked to us in real time as if the ball went out, the pictures we’ve seen it looks like the ball’s gone out.

‘Why are FIFA not showing us something that is so controversial, that has cost the Germans dearly? This is enormous. It’s 45 minutes later, why are they not showing us? Clear it up for us!’

The goal proved to be crucial as Japan’s win put them top of Group E ahead of Spain, with Germany finishing third behind the Spaniards on goal difference.

Germany’s 4-2 win over Costa Rica would have been enough to take them through if Japan and Spain had drawn.