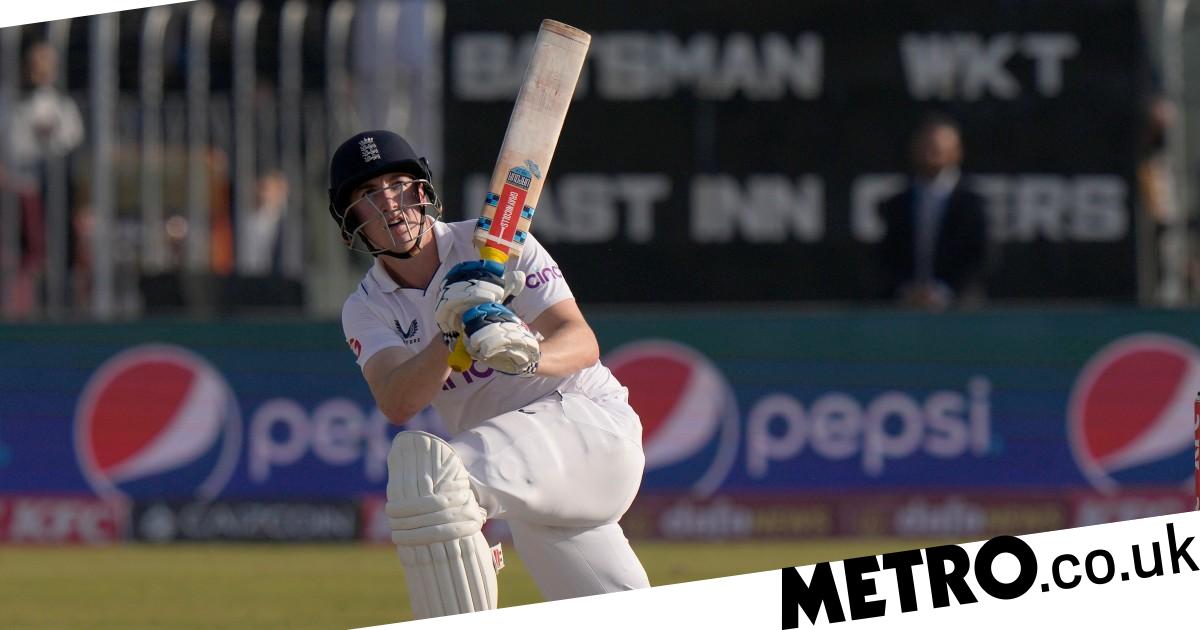 England set up a thrilling final day of the first Test with a daring declaration in Rawalpindi, before insisting losing to Pakistan holds no fear for them.

So, the teams headed into the fifth day this morning with all results still possible thanks to the win-or-bust philosophy of England captain Ben Stokes and head coach Brendon McCullum.

Assistant coach Paul Collingwood said: ‘It’s exciting, isn’t it? On a pitch that’s been pretty docile and slow, and to be in a position now to watch a game that’s exciting tomorrow, it’s going to be great for everyone.

‘The bigger picture of what they (McCullum and Stokes) want is Test cricket to be entertaining and the way we have forced the game has got us a Test match tomorrow that everyone wants to watch.

The tourists set their hosts only 343 to win in four sessions on a very flat deck, having scored 264 runs in just 35.5 overs in their second innings at a run rate of more than 7.5 an over. At the close, Pakistan were 80 for two, with Azhar Ali having also retired hurt. It is uncertain if he would be fit to bat today.

‘I’m looking forward to our guys going out there and eking out another seven wickets to go on and win the Test match. We are confident we can do it.’

He added: ‘It has been pretty clear right from the start we are willing to lose games for the sake of putting ourselves in the position to win them. We are not scared of losing, which is a good position to be in. It takes the consequences away from the players and how we want to go about things.’

Under Stokes and McCullum, England have repeatedly stressed their desire to become entertainers and get results rather than draws, an approach which was epitomised by their efforts to score as quickly as possible in their second innings on the afternoon of day four.

Debutant Will Jacks added a useful quickfire 24 from 12 deliveries before being caught at mid-off trying to score a third successive six.

Earlier, the Surrey man claimed six for 161 to become the first England spin bowler to take a five-for in the first innings of his debut since Peter Such in 1993.

Pakistan began the day on 499 for seven and also scored freely on their way to 579.