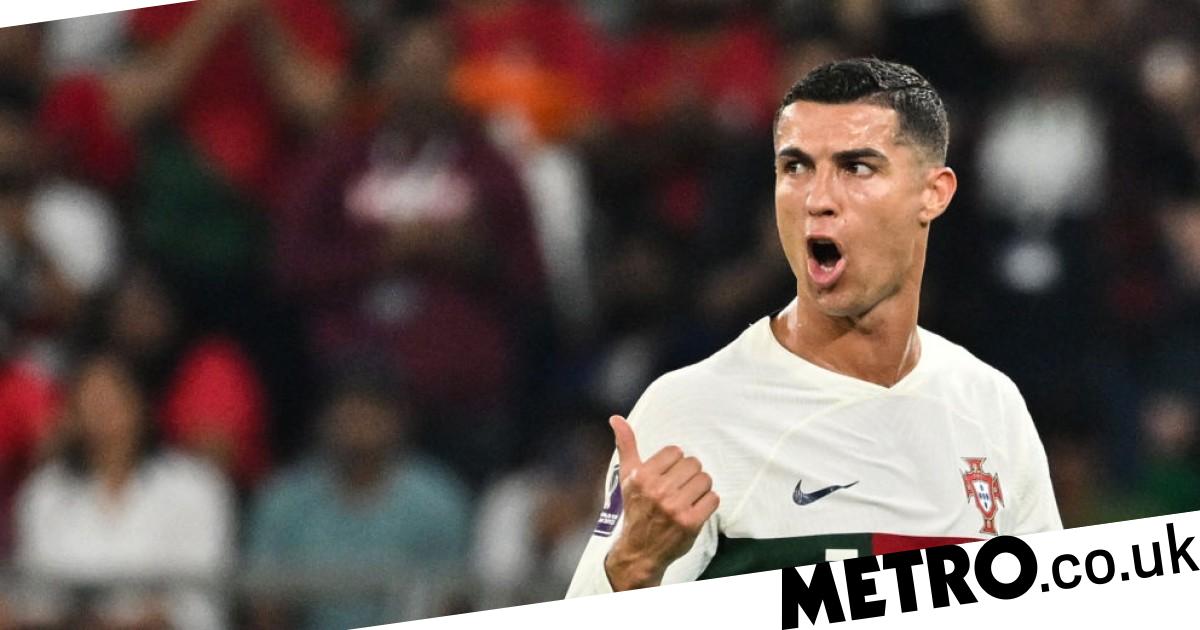 Cristiano Ronaldo explained his brief spat with Cho Gue Sung, as the veteran forward told the South Korea player to ‘shut up’ as he tried to hurry the Portuguese superstar off the pitch.

Ronaldo was substituted 65 minutes into Portugal’s 2-1 defeat to South Korea on Friday, with both teams qualifying for the last 16 of the World Cup as a result.

However, when Ronaldo went off the score was 1-1 and the Asian side needed another goal to progress, so Cho was keen to hurry the striker off the pitch.

There was a minor altercation, with Ronaldo explaining: ‘Before my substitution, one of their players was telling me to leave quickly. I told him to shut up, he has no authority, he doesn’t have to say anything.

‘I would speed up the pace if the referee said so. He doesn’t have to. There’s no controversy, it happened in the heat of the game.

‘We’re in the next stage. We have to be, not only players, but all Portuguese people, because we want to go through and that’s what we’re going to try to do.’

With the now former Manchester United forward clearly annoyed, there was some suggestion that he was angry about being substituted at all, but manager Fernando Santos said it was just his frustrated with Cho.

‘Ronaldo came off the pitch angry, yes, but with the Korean player who was insulting him and sending him away from the pitch,’ said Santos. ‘He replied to him and that is perfectly normal.

Portugal are into the knockout stages where they meet Switzerland, while South Korea take on Brazil.