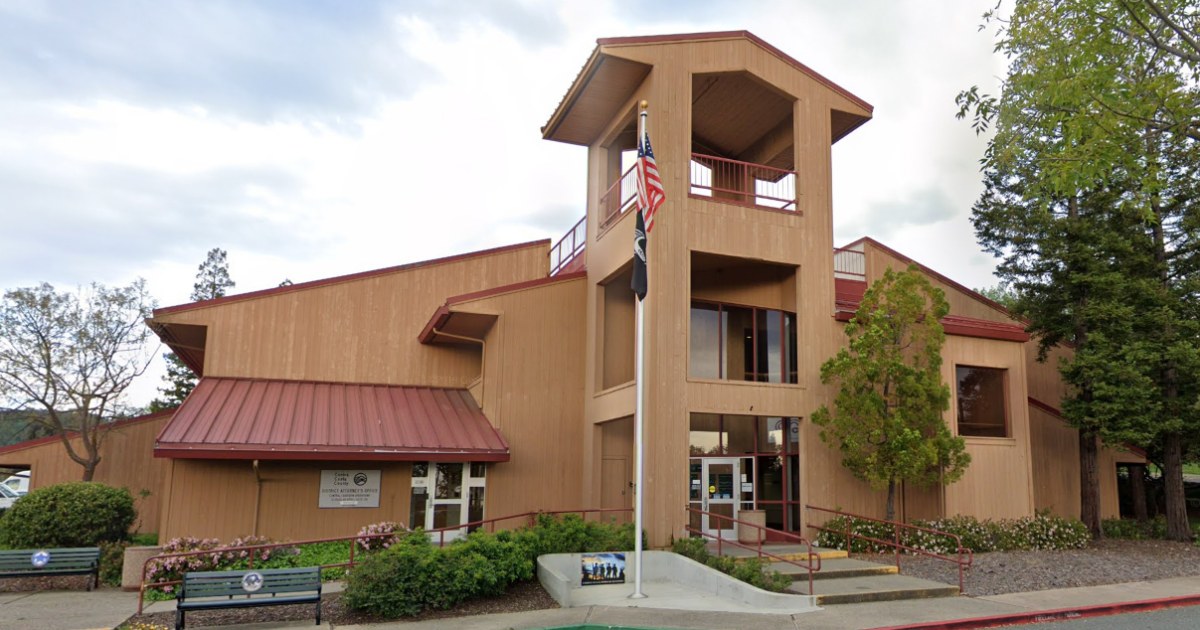 Ronald Jackson Jr., 20, was initially booked into custody on suspicion of armed robbery and homicide in connection to the slaying of James Williams, 36, early Saturday at a Chevron in Antioch, police said.

Jackson and another man, who was still being sought on Thursday, were fleeing the robbery when Williams chased and opened fire on the suspects, police said. Jackson was struck in the leg and returned fire, killing Williams, police said.

Antioch detectives submitted their findings to the Contra Costa County District Attorney’s Office and prosecutors “elected to charge Jackson with robbery, possession of stolen property, and a firearm enhancement, but declined to charge him with murder,” according to a police statement.

A DA representative on Thursday confirmed that Jackson was charged with alleged second-degree robbery, a special allegation of using a firearm in that crime and receiving stolen property worth more than $950 — crimes that could land him behind bars for as long as 15 years — but no homicide.

The DA’s office on Thursday did not immediately explain its rationale against charging Jackson with murder.

The decision not to pursue a homicide case stunned girlfriend and co-worker Annette Matamoroz, who was at the store when Williams was shot.

“I totally disagree with this,” a tearful Matamoroz told NBC News. “It is murder. It doesn’t seem like murder, it is murder. What else could it be?”

Since Jackson has wounded by Williams outside the Chevron, a legal expert says the suspect could’ve argued he was leaving the scene and had a legal right to protect himself.

“Self-defense is a temporal concept. So in other words, had this event happened within the store that would have been one thing,” San Jose criminal defense attorney and NBC Bay Area legal analyst Steven Clark said.

“But when the guy ran away, the concept of the clerk being reasonably afraid, that changed considerably. Now you have a serious felony, what the robber did, but you don’t get to execute the guy under those circumstances. So the robber then obtained the right to self-defense.”

Matamoroz believes that Williams would still be alive today without Jackson and his accomplice entering the Chevron.

“None of this would have happened had they not come to the store. They came with those intentions (to commit a crime). They didn’t come here just to go shopping,” she said.

While agreeing with Contra Costa County DA Diana Becton’s decision not to seek a murder prosecution, Clark faulted her for failing to quickly and forcefully explain the rationale to an understandably concerned and confused public.

“There’s a general doctrine that when you are the initiator of the problem, like the robber was, your self-defense rights are lessened than if you are the victim, like the clerk,” Clark said.

“There’s going to be potential for criticism here. ‘Why are we bending over backward to not charge an armed robber with the murder of an innocent store clerk who is protecting his premises?’ That seems to stand the law on its head, that seems to stand logic on its head. The DA needs to carefully articulate to the public why this decision was made.”

Matamoroz worked at the same Chevron but wan’t on the clock when she was keeping Williams company before his death. Matamoroz was in the bathroom when Williams told her to stay put.

“He had told me, ‘They’re trying to rob this place, just say here, just stay here in the bathroom,'” Matamoroz said.

“He was a loving, caring, genuine man. You don’t come across too many people like that in life. He actually genuinely cared. He cared about people he didn’t even know. He wanted to help everybody, he wanted everybody to be all right all the time. If he could make it better, that’s what he would do.”

Matamoroz then broke down in tears and her voice trailed off: “That’s why I want him here because he would be making this better and I wouldn’t be feeling like this.”