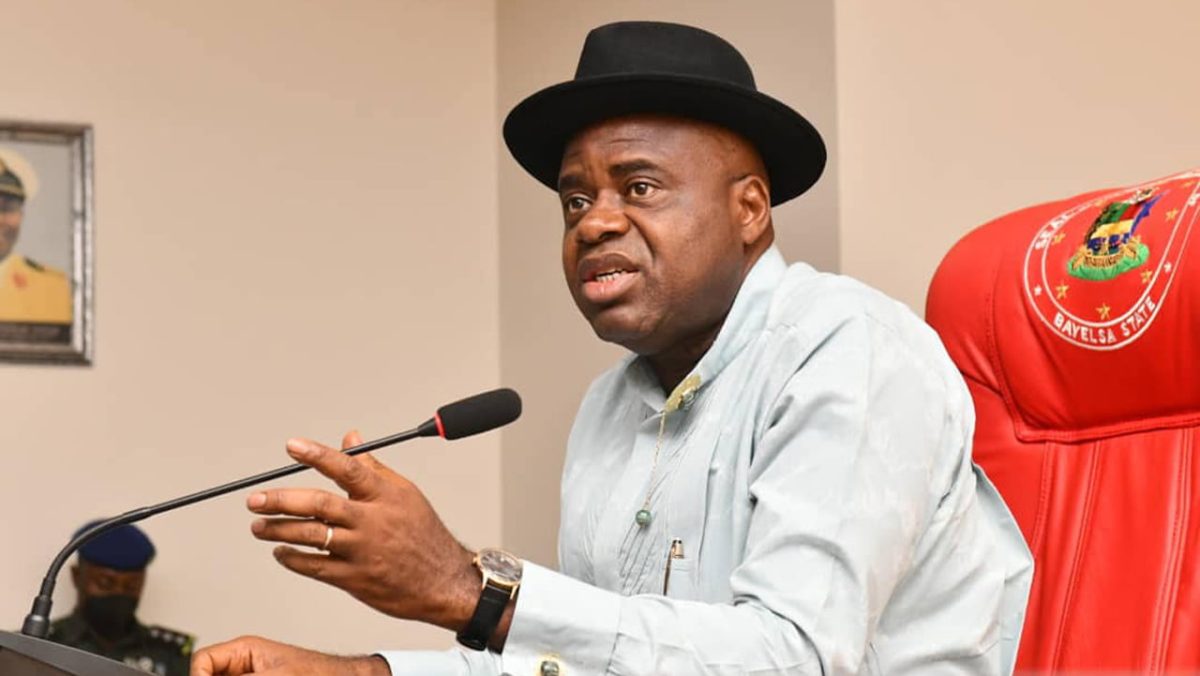 Bayelsa State Governor, Senator Douye Diri, has cautioned political actors to desist from character assassination and blackmails in their quest for power in the state.

Diri said it was appalling how desperate politicians in the state have resorted to maligning the character of opposition party contestants and members in the guise of political campaigns.

The governor made his position known on Tuesday evening during the service of songs in honour the late mother of the member representing Sagbama/Ekeremor Federal Constituency in the House of Representatives, Dr. Fred Agbedi, at the Chief DSP Alamieyeseigha Memorial Banquet Hall in Yenagoa.

A statement by his Chief Press Secretary, Mr. Daniel Alabrah, quoted the governor as saying that elections would come and go but the people would remain brothers and sisters.

He stressed that the best path to living a long and fulfilled life was showing love and appreciation for one another.

Governor Diri emphasised that as long as power comes only from God, nobody can overturn what has been divinely ordained for the state.

He said: “Political times are here and there is so much in the air – propaganda, lies and blackmails. You do not know which one to believe anymore. That was not the kind of life Mama lived.

“The fact you want a political office should not make you to malign the character of another person. Elections will come and go, as I always say, but we will all remain brothers and sisters.

“For me, the best path to tread and best way towards living the kind of life that we are celebrating today is to continue to show love and appreciation. No matter who is blocking it, when God says this is yours, nobody can stop it”.