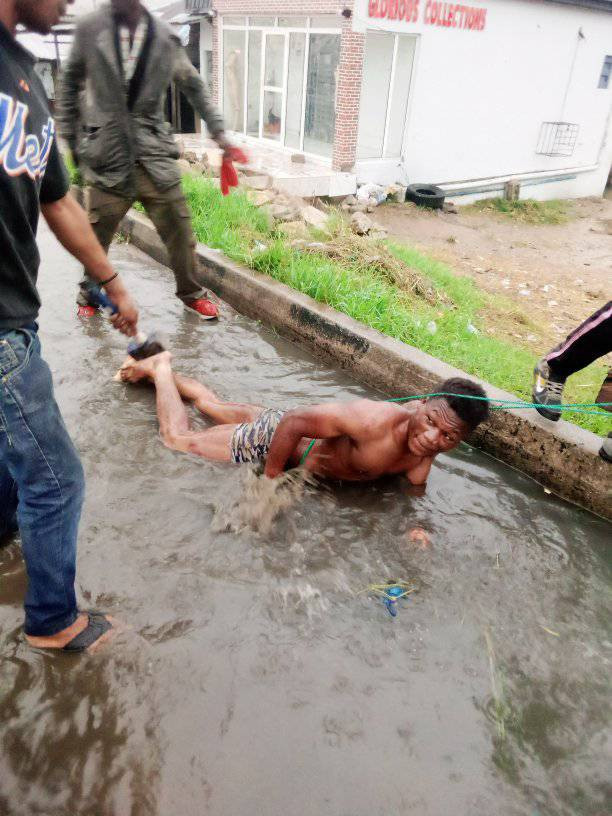 According to a community leader, Izibeyame Prudent, the suspect who is from Otuesega in Ogbia Local Government Area of the state, was nabbed in the early hours of Monday, April 25, while allegedly stealing clothes from people’s houses. 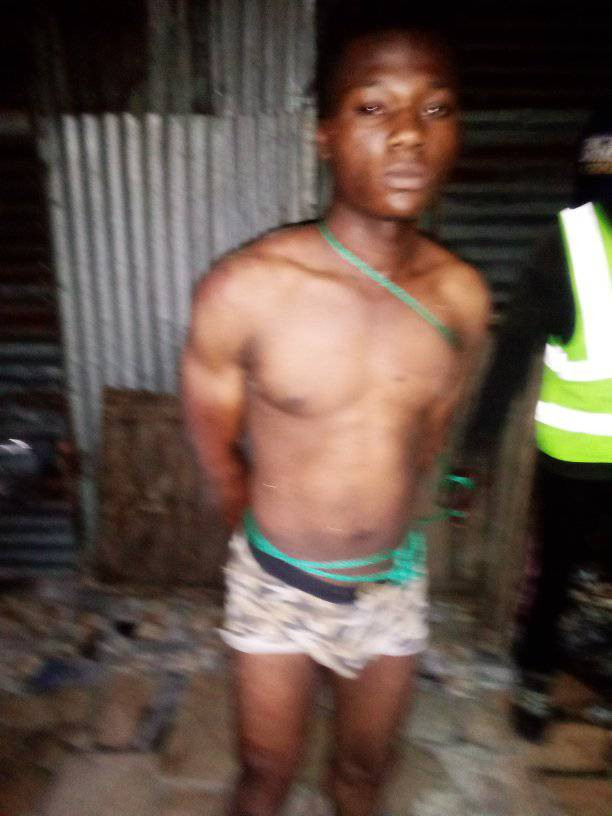 Another suspect identified as Lucky Godbless was also apprehended by the vigilante group with stolen items at Edepie-Epie.

“YOU SEE THIS GUY BY NAME DOMINION. HE IS A NATIVE OF OTUESEGA IN OGBIA LGA, BAYELSA STATE, NOW RESIDING AT BIOGBOLO SUB-COMMUNITY IN AGUDAMA-EPIE TOWN, YENAGOA

“HE WAS CAUGHT DRESSED LIKE THIS BY THE VIGILANTE GROUP AT ABOUT 3am AT ACEREMONY SUB-COMMUNITY, IN AGUDAMA-EPIE TOWN STEALING PEOPLE’S CLOTHES.

“THE 2ND PERSON IS CALLED LUCKY GODBLESS FROM OPOLO-EPIE, YENAGOA. HE WAS ALSO CAUGHT BY SAME VIGILANTE GROUP WITH CODE 03V.

“DURING THE INTERROGATION! HE CONFESSED STEALING THE ITEMS IN HIS HAND AT EDEPIE-EPIE AND WAS TAKING TO IGBOGENE-EPIE FOR SELL BEFORE BEING INTERCEPTED BY AGUDAMA-EPIE VIGILANTE 03V.” 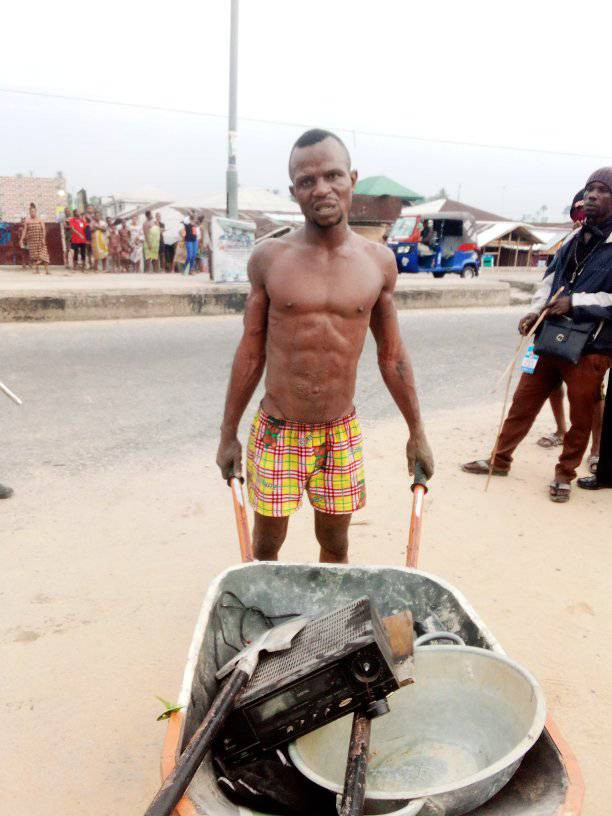 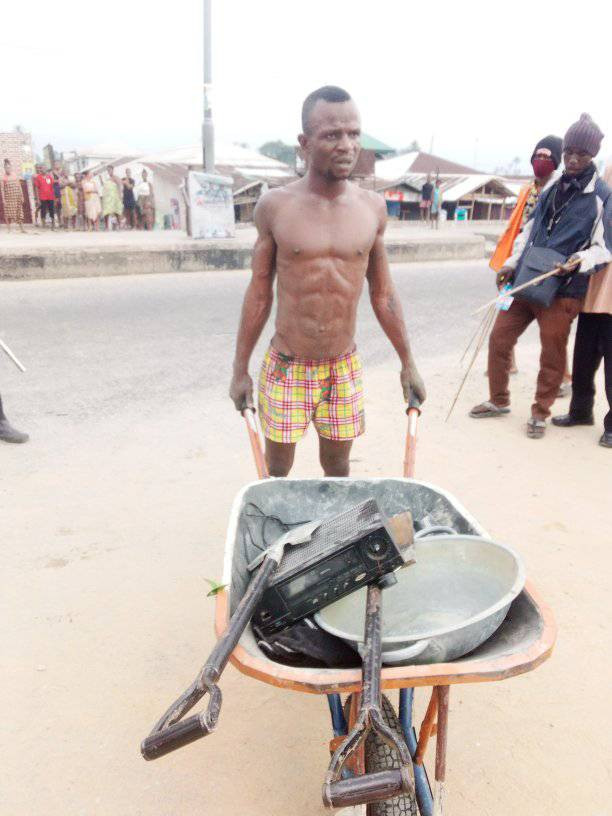 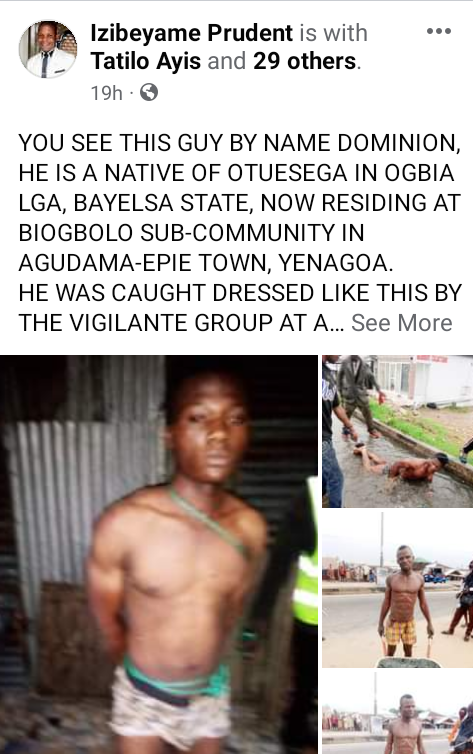 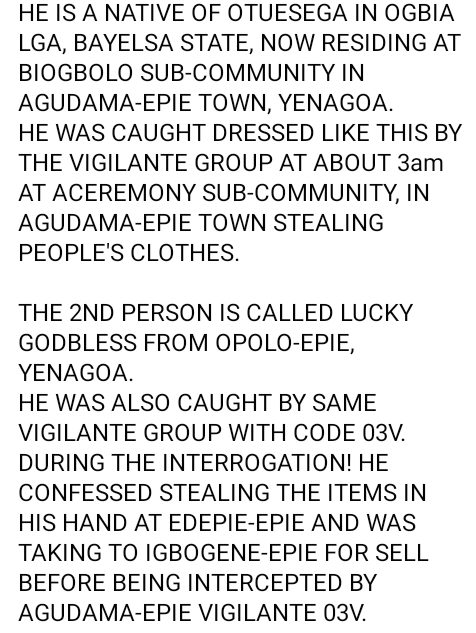