A Nigeria lady, @oyin_debby on Twitter, has revealed what she told a guy who was set to propose to his girlfriend with a N50k engagement ring. 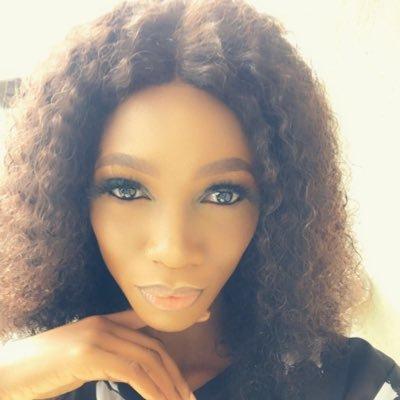 According to Oyin, the guy asked her to help him order the ring, but she refused and told him that he is not ready for marriage as the ring is too cheap.

“This guy asked me to order an engagement ring of 50k below to engage his girlfriend.

I refused and told him he’s not ready for marriage.

Her tweet has gathered different reactions, with some people slamming her for being “insensitive” and others doubting the story. 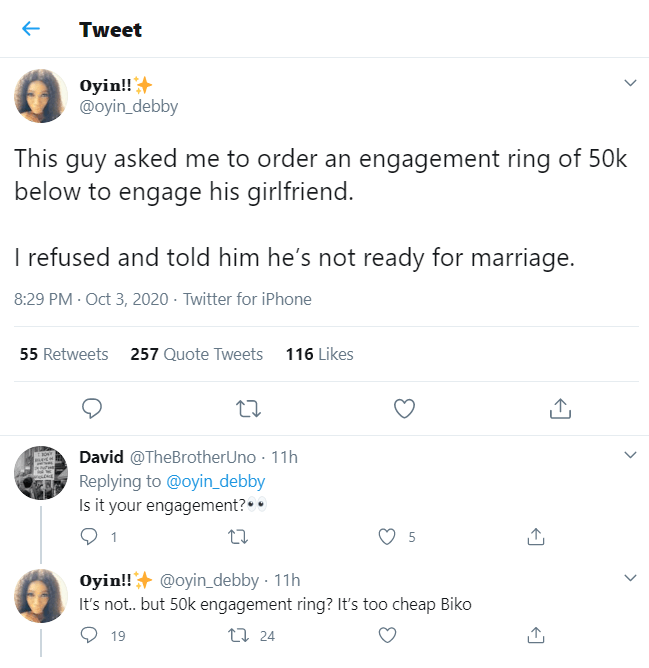