Home National ”You are bigger than this”- Entitled fan tells BBNaija’s Frodd after he...
Facebook
Twitter
WhatsApp
Telegram
Email 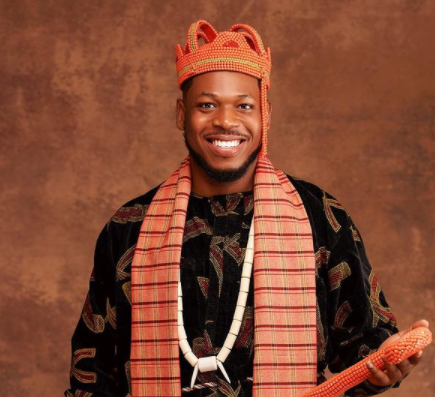 BBNaija’s Frodd has shared his encounter with an entitled fan who won a giveaway on his page.

Frodd had decided to gift N5000 each to some single mothers. The fan reached out to him stating that her mum is a single mum and needed the fund. He sent the money to her but mistakenly transferred N50, 000 instead of N5, 000.

His appeal to transfer his balance was resisted by the fan who decided to keep a fraction of the balance, saying that she is a student and needed the money badly. When he continued to ask for the balance to be transferred to him, she mentioned to him that he is bigger than this.

See their exchange below 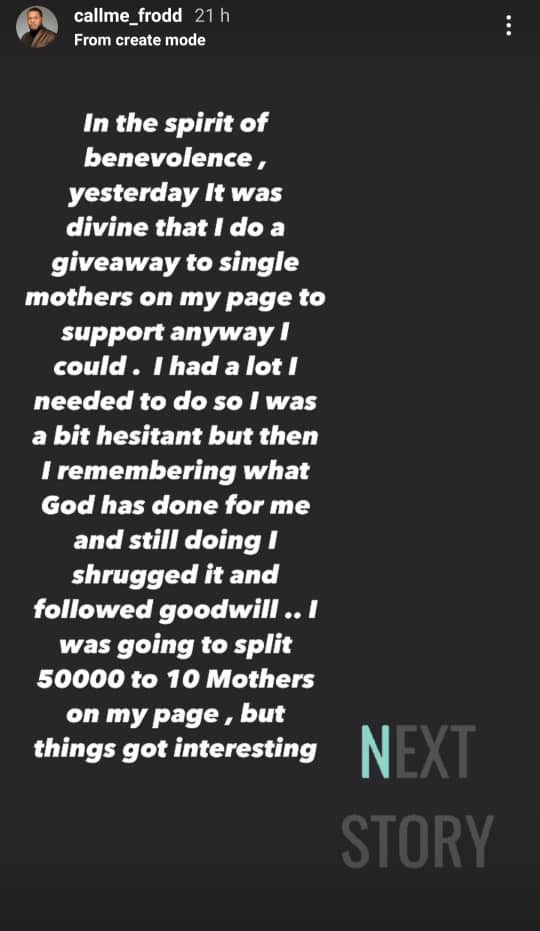 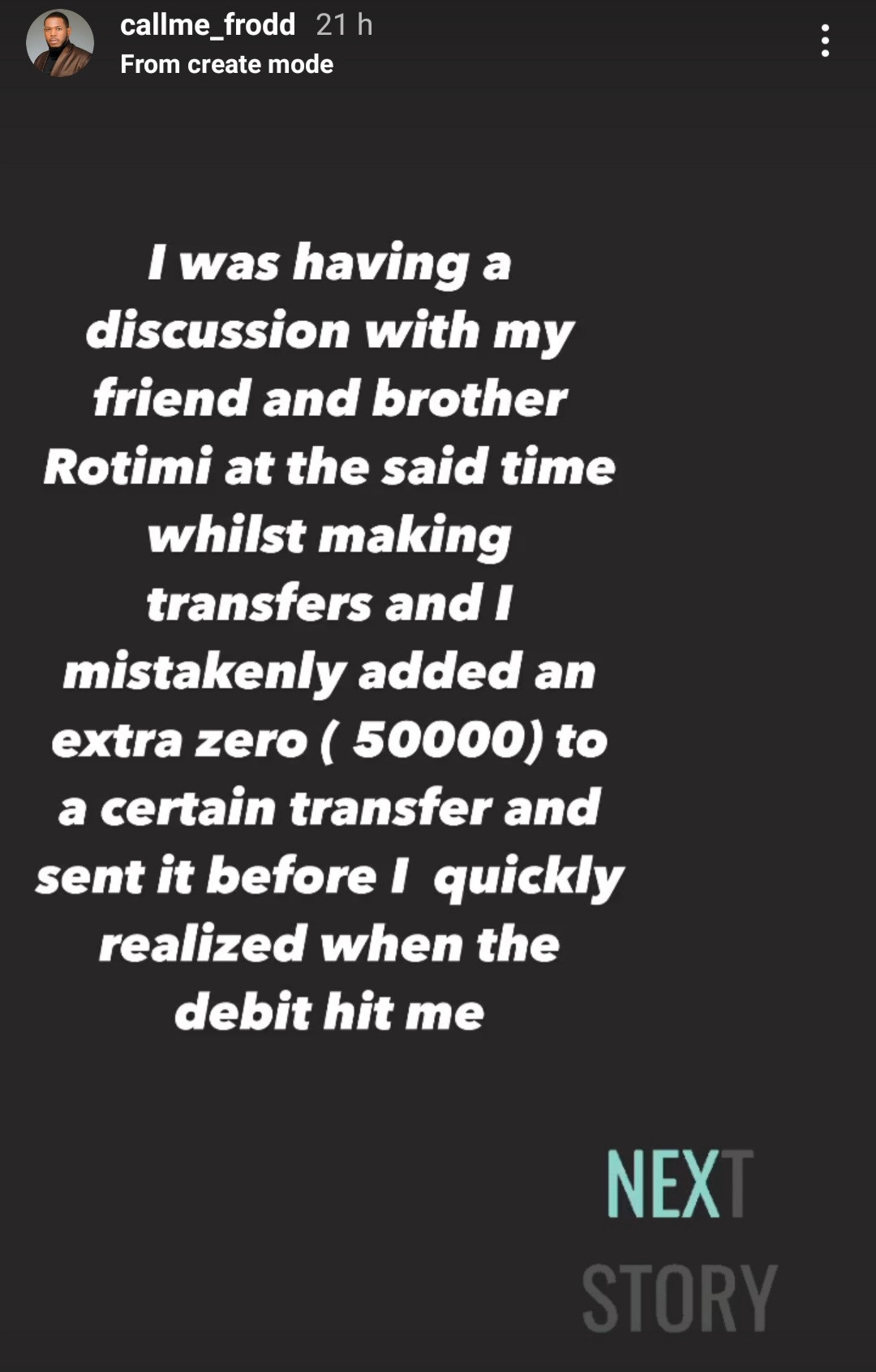 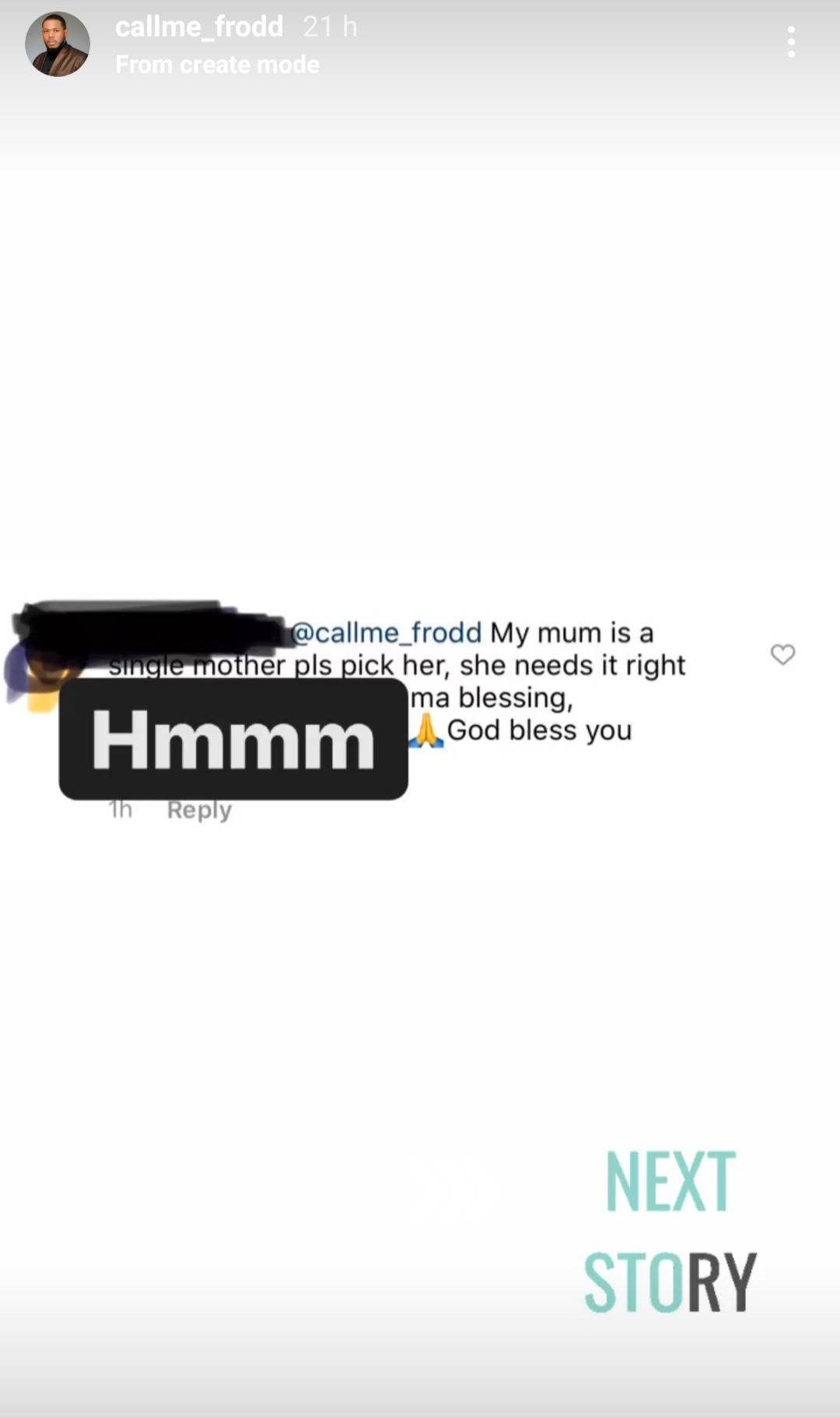 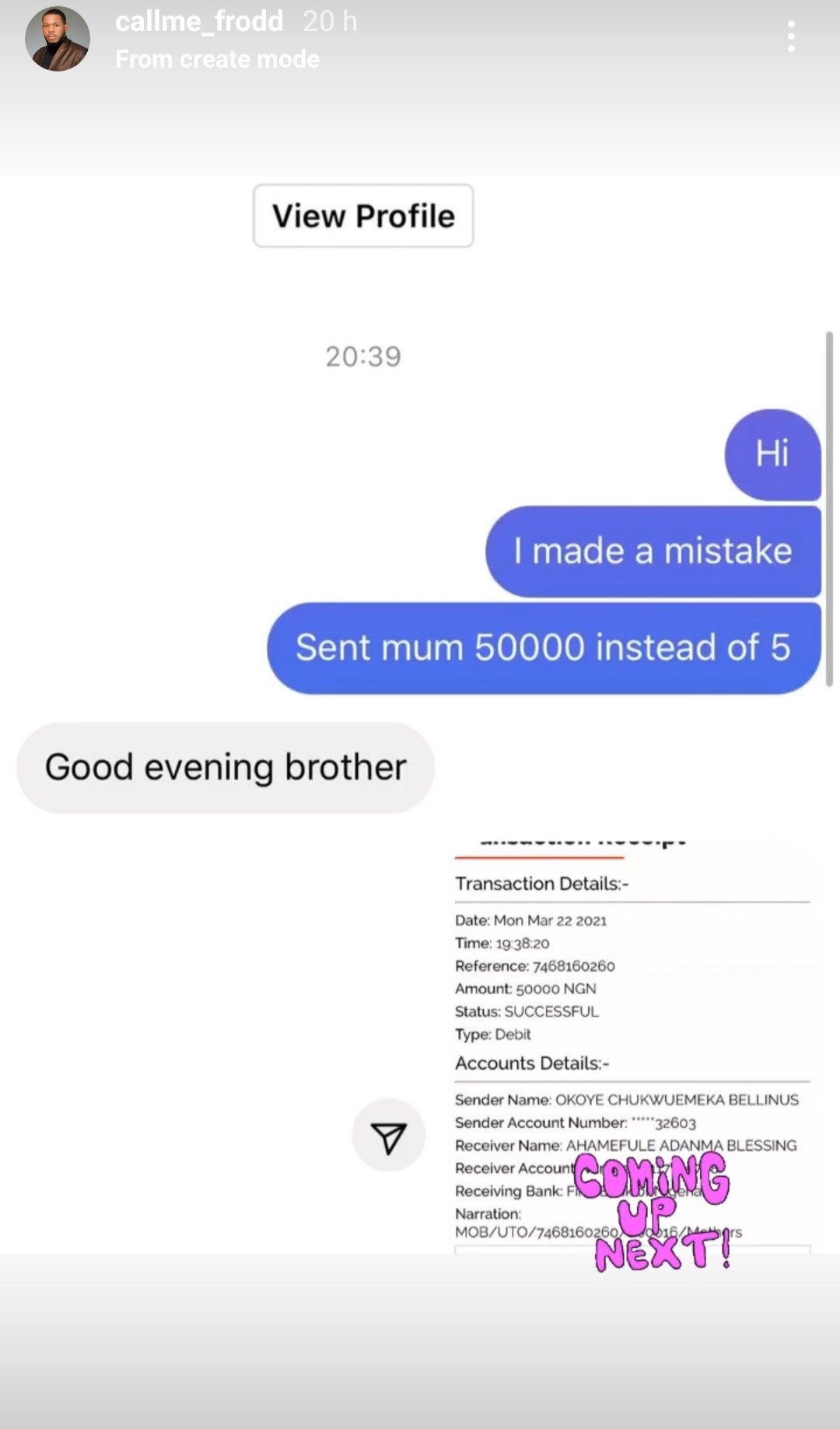 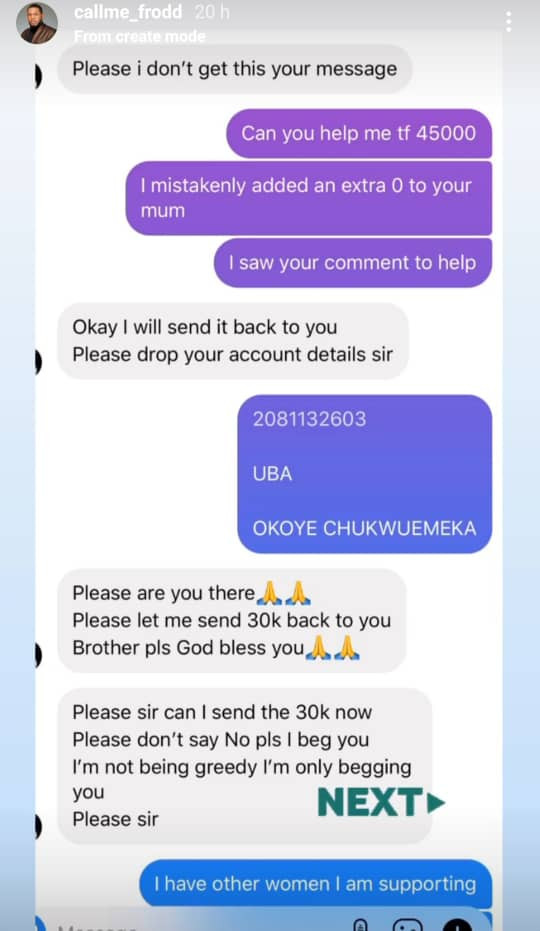 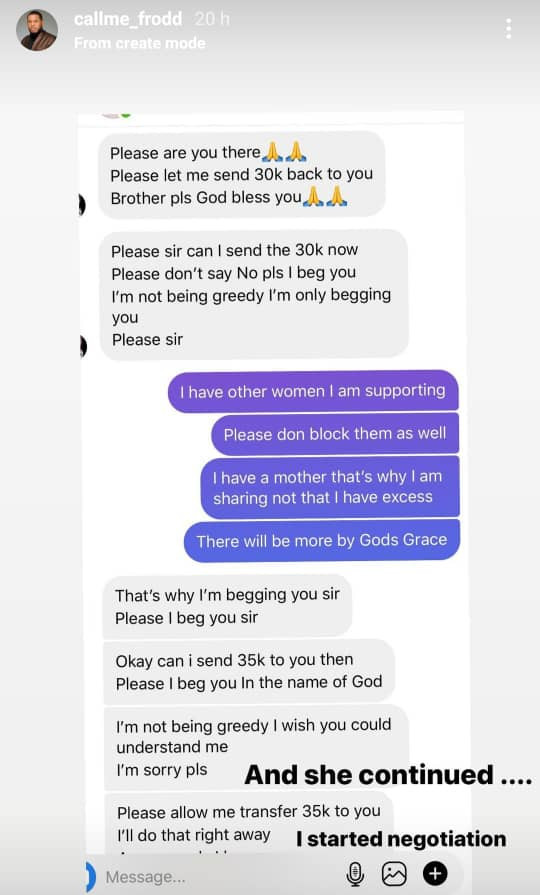 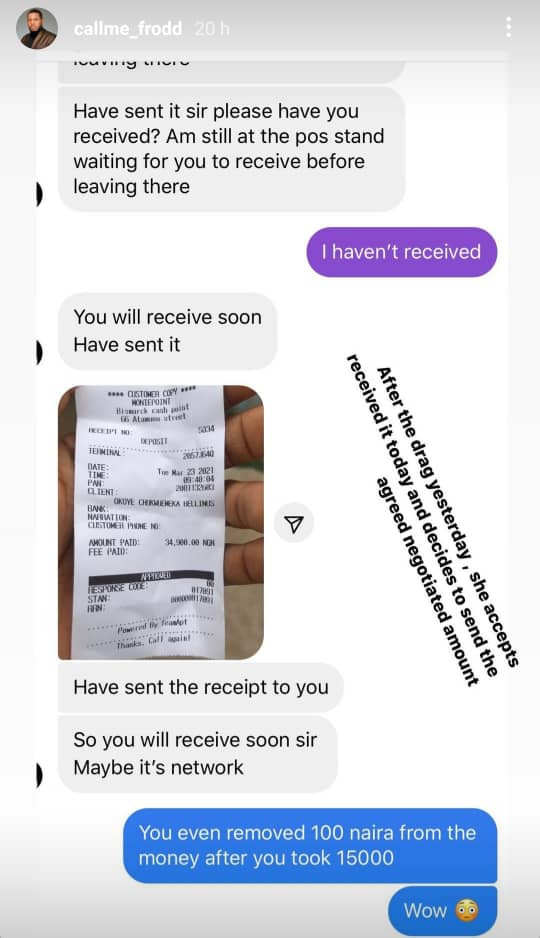 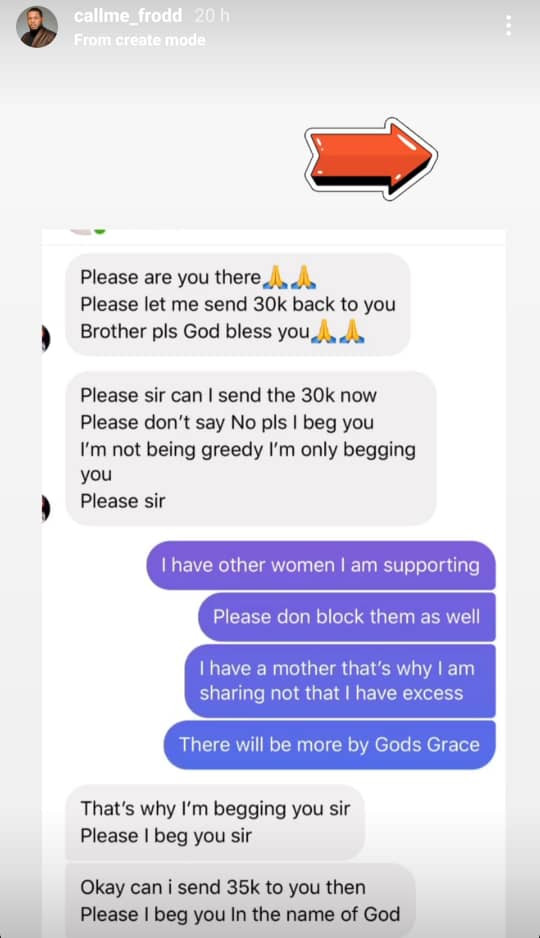 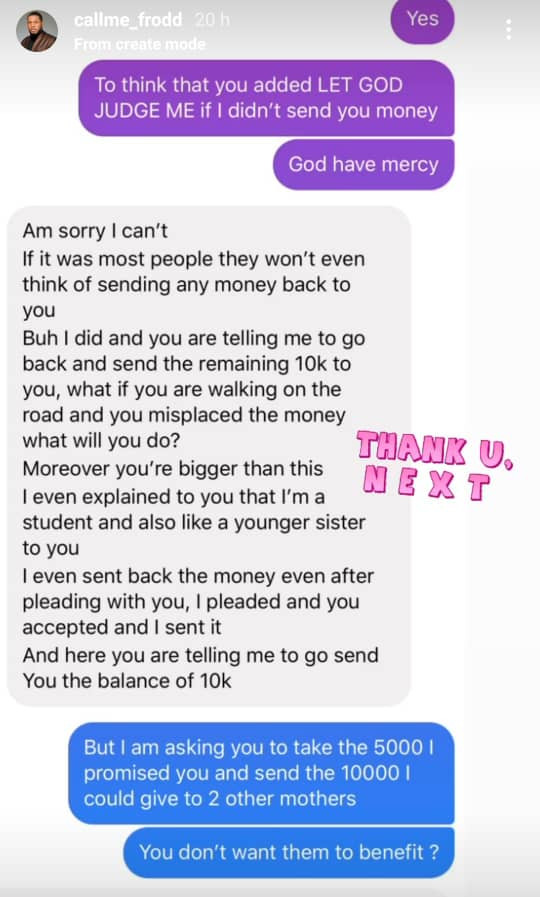 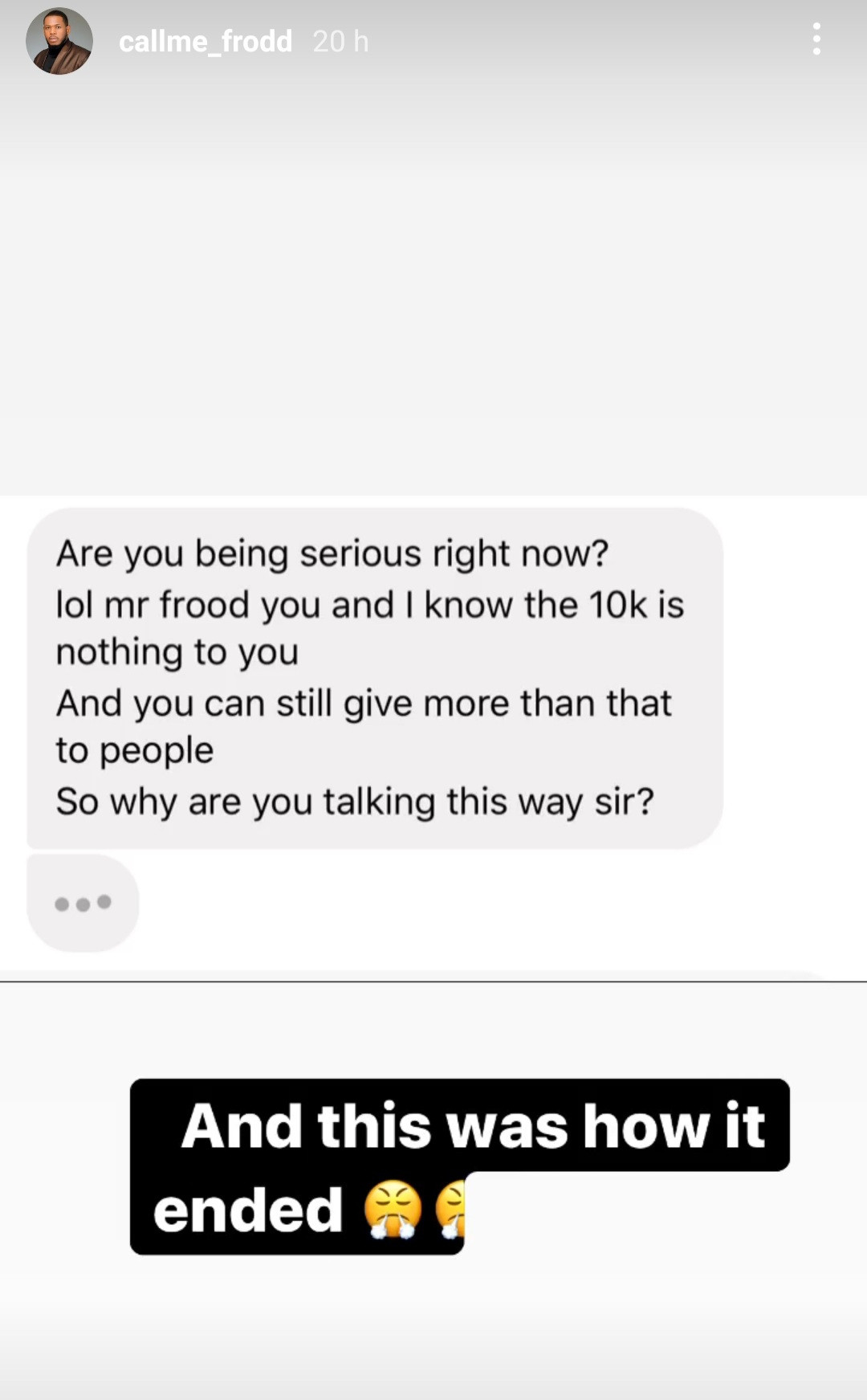 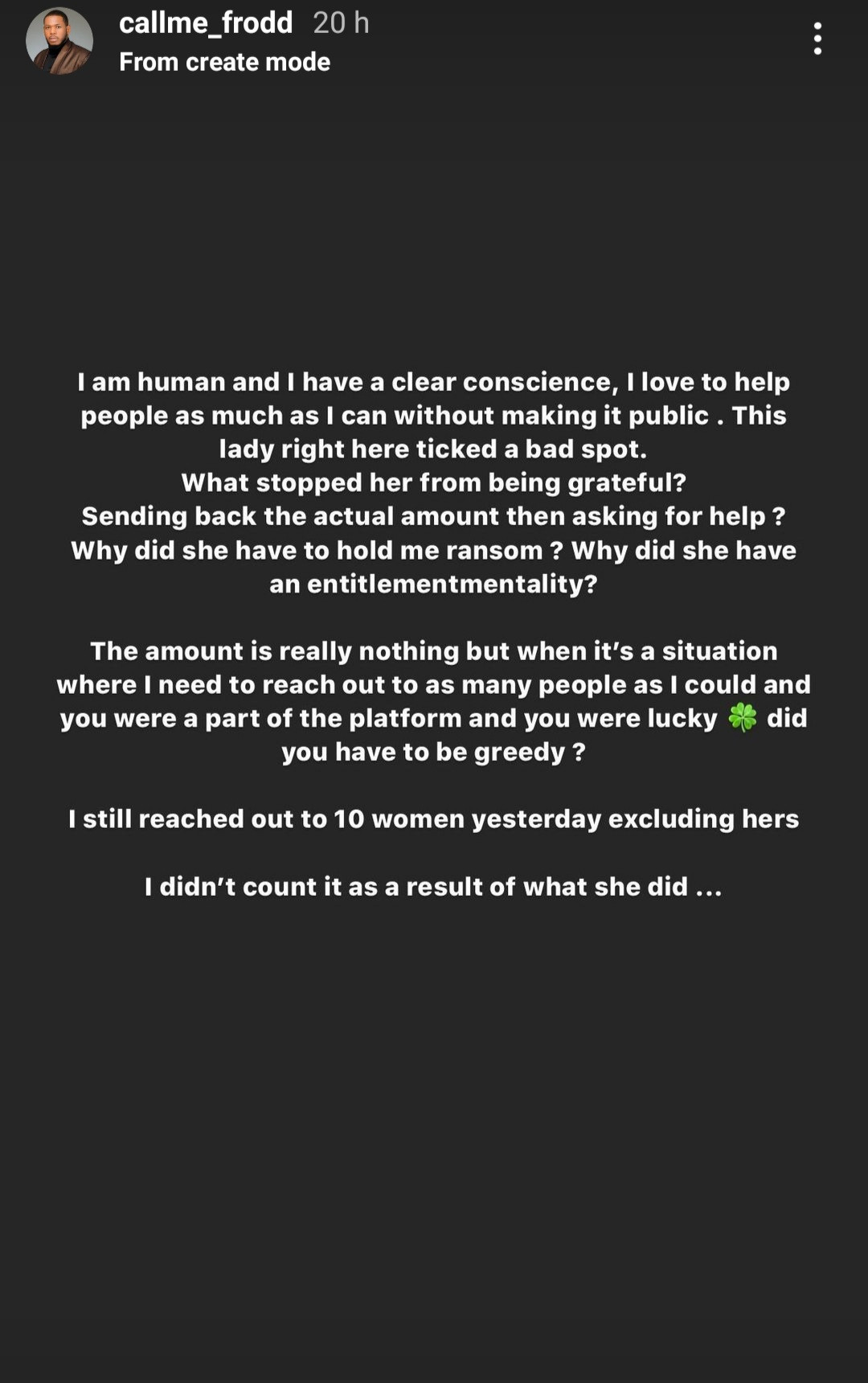