Home National Yorubas, Igbos and the North are not better off on their own
Facebook
Twitter
WhatsApp
Telegram
Email 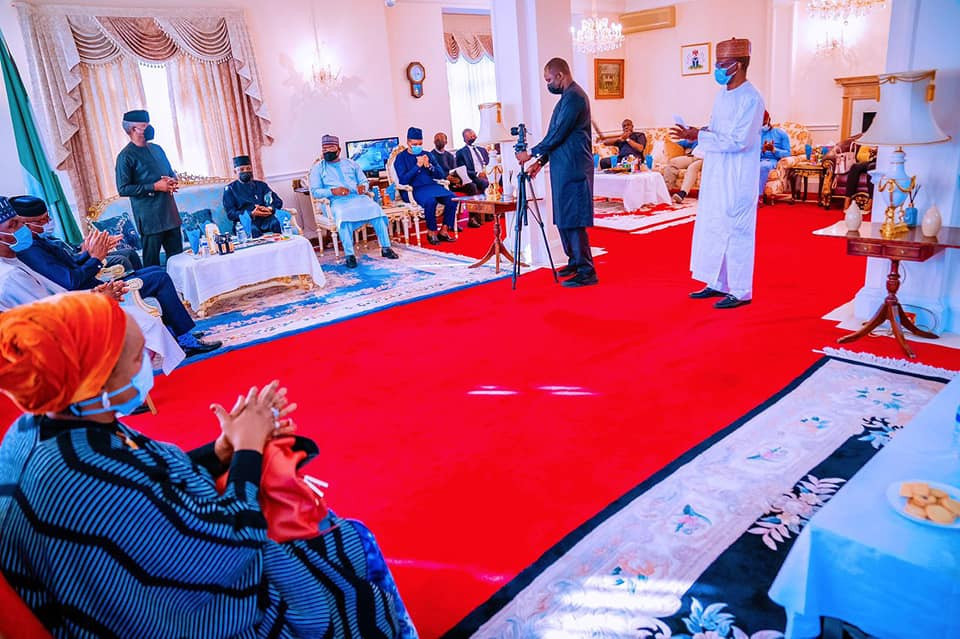 Vice President Yemi Osinbajo has said the Yorubas, Igbos and Hausas are not better off on their own and that Nigerians would fare better living together as one in spite of ethnic differences.

A statement released by Laolu Akande, spokesperson of the Vice President, said Osinbajo said this when he spoke at an interactive session with top officials of Nigeria’s High Commission, UK, at the Abuja House residence of the High Commissioner in London on Sunday, October 10.

Osinbajo who spoke against the calls for the disintegration of Nigeria, said

“If you look at all of us sitting here, we represent all the geo-political zones. This is the Nigeria that will succeed, anything else doesn’t make sense.

Everywhere in the world today, people are coming together to form stronger units, they are not breaking up, this is not the time to break up. If you read of the economics of smaller nations, they are looking for ways of how they can become stronger by aligning with other nations.

How does a country with all the potential and everything that we have, think that the best way is to break up?”he asked

Osinbajo said that Nigeria was at a point in time in its history where it had security and economic challenges. He said that such challenges could happen to any government, adding that Nigeria would overcome the problems.

“Security challenges that we have didn’t show up in one day but it is the government, the people, the men and women that will handle them. We happen to be that government, and I am very convinced that we are entirely capable of handling it. I think we are in the best possible position to solve these problems.”he said